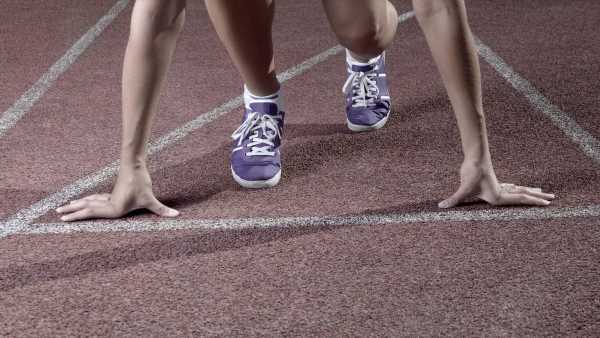 A woman who claims she was sexually abused by a team official while competing for Auckland as an 11-year-old sprinter in the 1980s has received an extraordinary apology from the governing body of athletics.

The woman, in her 40s now, informed Athletics Auckland of the alleged assault and asked if she was the only one to be abused by the man. An internal investigation by the organisation found no confirmed cases of serious sexual assault but uncovered examples of “sleazy” and “touchy” behaviour by the alleged perpetrator.

Athletics Auckland chairman David Sim admitted he “would not be surprised if more adults came forward as a result of [today’s] story”.

In a joint statement to the Herald, Athletics Auckland and Athletics New Zealand said they have changed their protocols around child safety to try to ensure such incidents do not occur.

“Athletics Auckland and Athletics NZ have been made aware of an allegation that, in the late 1980s, a young female athlete was sexually assaulted by a team official while part of an Auckland Athletics team,” the statement reads.

“We understand that the athlete was 11 years old at the time and now… has spoken out about what happened. The team official involved died over 10 years ago.

“First, we want to recognise the extreme bravery it takes to talk about this, the immense hurt caused to this person, and the hurt that she has been living with in silence, for over 30 years. Both Athletics Auckland and Athletics NZ have offered her our unreserved apology that this happened to her while she was participating in our sport.

“Abuse and mistreatment of athletes, particularly child athletes, is abhorrent and unacceptable.”

The woman was part of an Auckland youth team that travelled to New South Wales and Canberra to compete. She was alone in her dormitory room at Macquarie University in Sydney’s northern suburbs when she says she was abused by Donald Parker, who was

Parker was nicknamed Dr Don, but was a St John Ambulance officer rather than a medical doctor.

The woman, who has asked not to be identified, said she had learned to live with her secret but was “triggered” when she watched the Netflix documentary Athlete A. While watching US gymnasts talk about the abuse they had suffered at the hands of national team doctor Larry Nassar

, the woman turned to her husband and said: “Oh my god. That happened to me”.

Since then she has contacted Auckland Athletics and the police. The police took her complaint and gave her a case number, but later informed her they would not be investigating as the perpetrator is dead.

“I can’t apologise enough for the crap she had to go through,” said Sim. “I’m absolutely stunned that anybody went through what she went through. She’s incredibly brave to come out and tell [the public] what happened. I really feel for her.

“The thing is the guy gets away with it because he’s dead.”

Over the years, several people observed Parker acting “oddly”, but he was never properly held to account.

The Herald has learned that Parker was warned by at least one athletics official that it would be better if he did not attend future events at Mt Smart Stadium.

“Witnesses did observe that he would console young girls in a rather affectionate manner, arm around their chest with actual, or the risk of, touching their chest area,” the internal investigation found.

“St John can confirm that the individual volunteered for St John between 1982 and 2007,” the organisation told the Herald.

“[We are] unaware of any complaints of this nature being made against the individual during his time volunteering for St John.”

Parker was connected to the Howick athletics club before it was disbanded some years ago. He was also a well-known face on the wider athletics scene in the 1980s.

“He was heavily involved. He was the first aid man and he always had kids hanging around him,” said the victim. “He was strangely charismatic in that respect.”

The victim claims she was abused during the 1987 Trans Tasman Challenge, a meeting between the best under-10 and under-11 boys and girls of Auckland and New South Wales, held in Sydney.

The team had visited a swimming complex in Canberra that morning before travelling to Sydney by bus. According to the victim, she had asked Parker about a minor complaint and he agreed to come and see her when they got to their accommodation.

The victim was rooming alone and says Parker laid her down on her bed and digitally abused her.

“Dr Don told me not to tell anybody, so I haven’t. I was very good at keeping that secret.”

Sim said it was in everybody’s best interests to find out more, even if the truth was hard to stomach.

Parker reportedly also attended cricket matches at Lloyd Elsmore Park in East Auckland and was once seen on a bench with his arm around a young girl. A former police commander spoke to Parker and told him what he was doing was not appropriate but the matter went no further.

The Herald has been told that two years before the alleged sexual assault, during another Trans Tasman Challenge in Sydney, an adult awoke in the middle of night to find Parker in her room shining his torch on her. He said he was checking everybody was asleep and, again, no further action was taken.

It is also understood, but not confirmed, that Parker’s name was forwarded to then Manukau City mayor Sir Barry Curtis for royal honours for community service but dismissed due to concerns over his character.

Curtis, 81, told the Herald he could not specifically remember discussing this case but said if those types of concerns had been raised with him and the evidence was credible, that “certainly would have been my reaction”.

Their report concluded that “Parker was known by at least some people in athletics to be what could be described as sleazy, over familiar with young women, and touchy”.

What is also clear, the report acknowledges, is that none of these concerns were progressed beyond telling him to stay away from Mt Smart Stadium and to watch himself.

Sim said Athletics Auckland would also undertake a thorough review of their appointment processes as a result of the victim’s story.

“It wasn’t as robust then as it is now,” he said. “But we will look at all our processes around child protection, which involves bullying as well as sexual assaults. We’re reviewing them at the moment as a direct result of what happened to [the victim].”

Looking back at the manner in which he acted and his way of convincing her to keep it a secret, the victim can’t help but feel she is one of many.

It is her opinion that “people were party to his behaviour and did nothing about it – I don’t for a minute believe I’m his only victim”.

She said her and her father came across Parker at an athletics meeting shortly after the alleged assault and said Parker started acting strangely.

“He was treating another young girl for an injury and took great pains to explain to my father exactly what he was doing and why, although dad never asked. At the same time he wouldn’t even look at me.”

She said coming forward was a form of catharsis. She has recently told her elderly father about what happened.

She also wants Parker to pay for his crime, even if it is just the “muddying of his name”.

She has photos from the trip and feels ill when she looks at them.

“There’s no way I should have looked attractive to a grown man. I look like a little girl.”