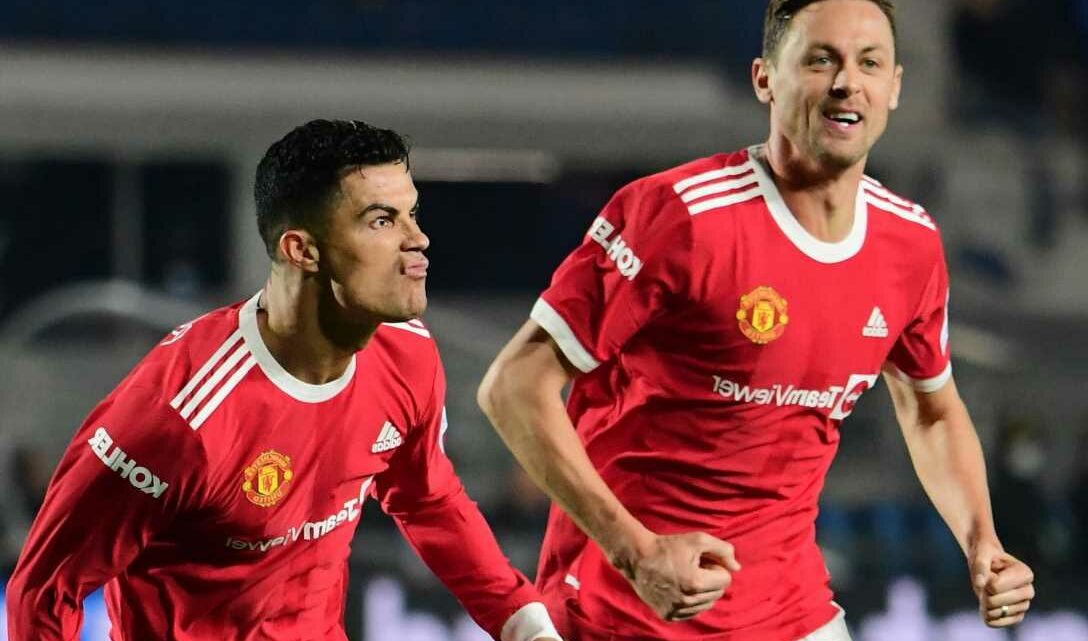 TO THINK some people thought it was a mistake to bring Cristiano Ronaldo back. 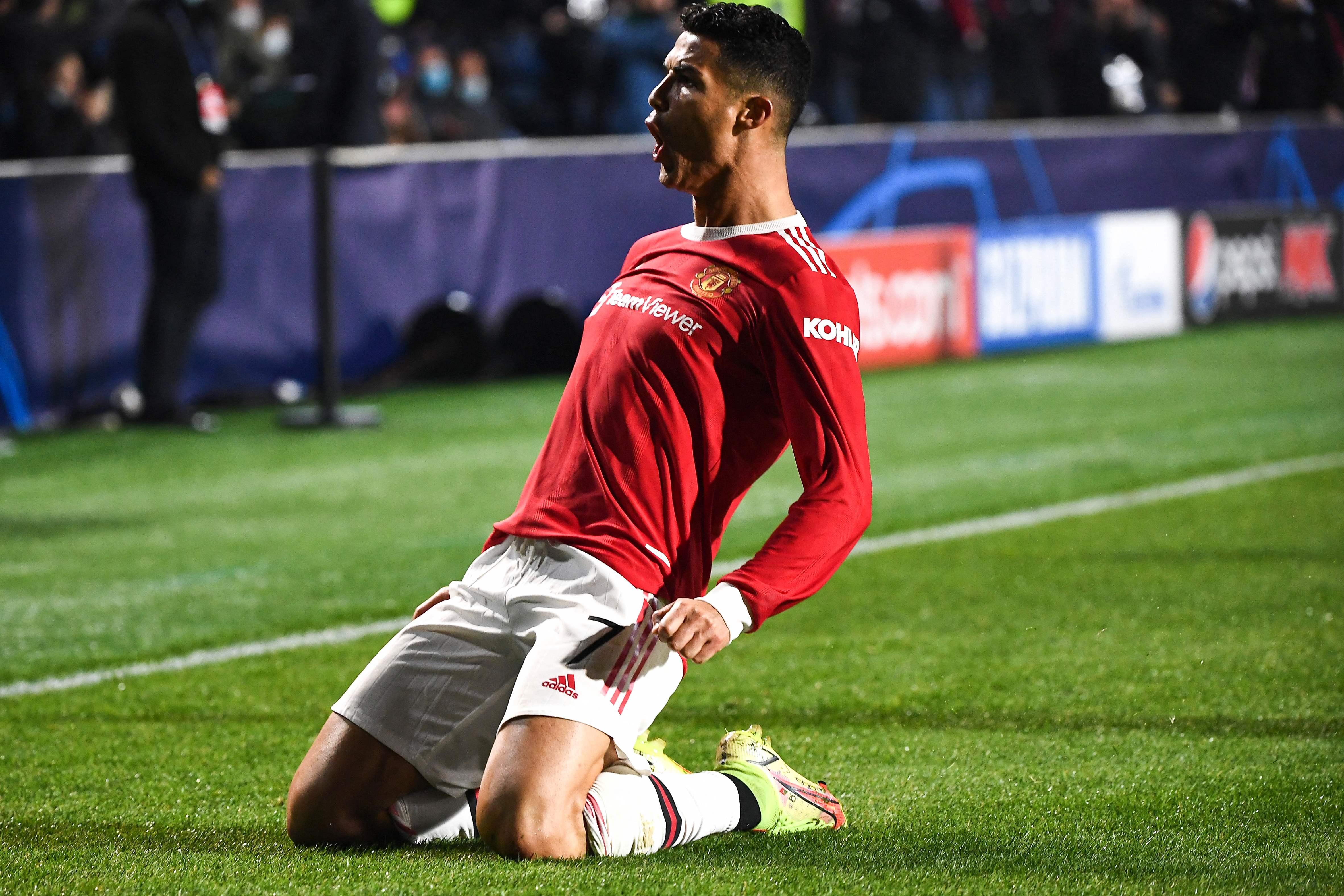 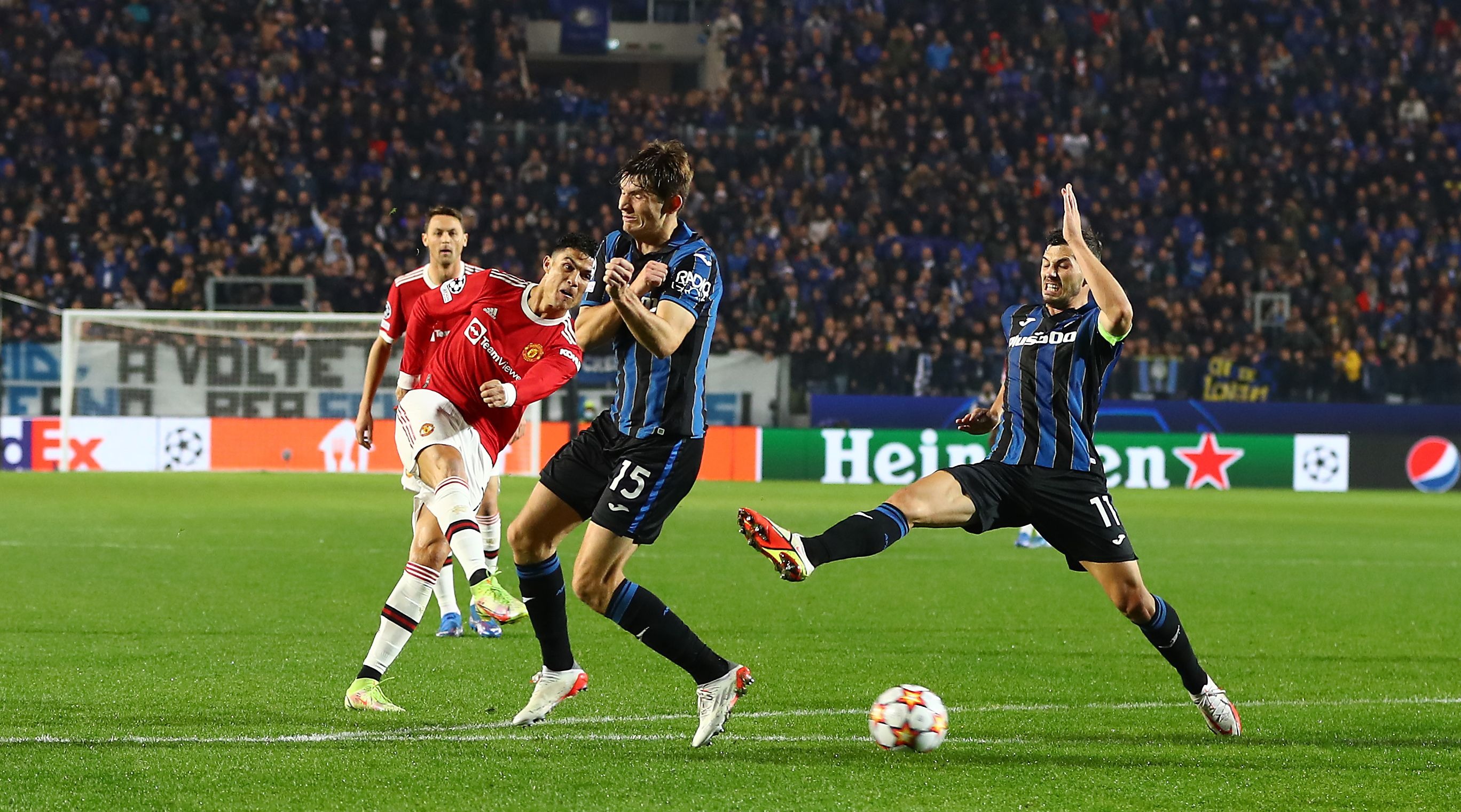 A move away from the new philosophy said others.

The man is just phenominal.

The late gasp winner against Villarreal, the 82nd minute winner to complete a comeback victory at home to Atalanta.

Then last night in injury time he struck again and Manchester United moved from third in Group F to top. 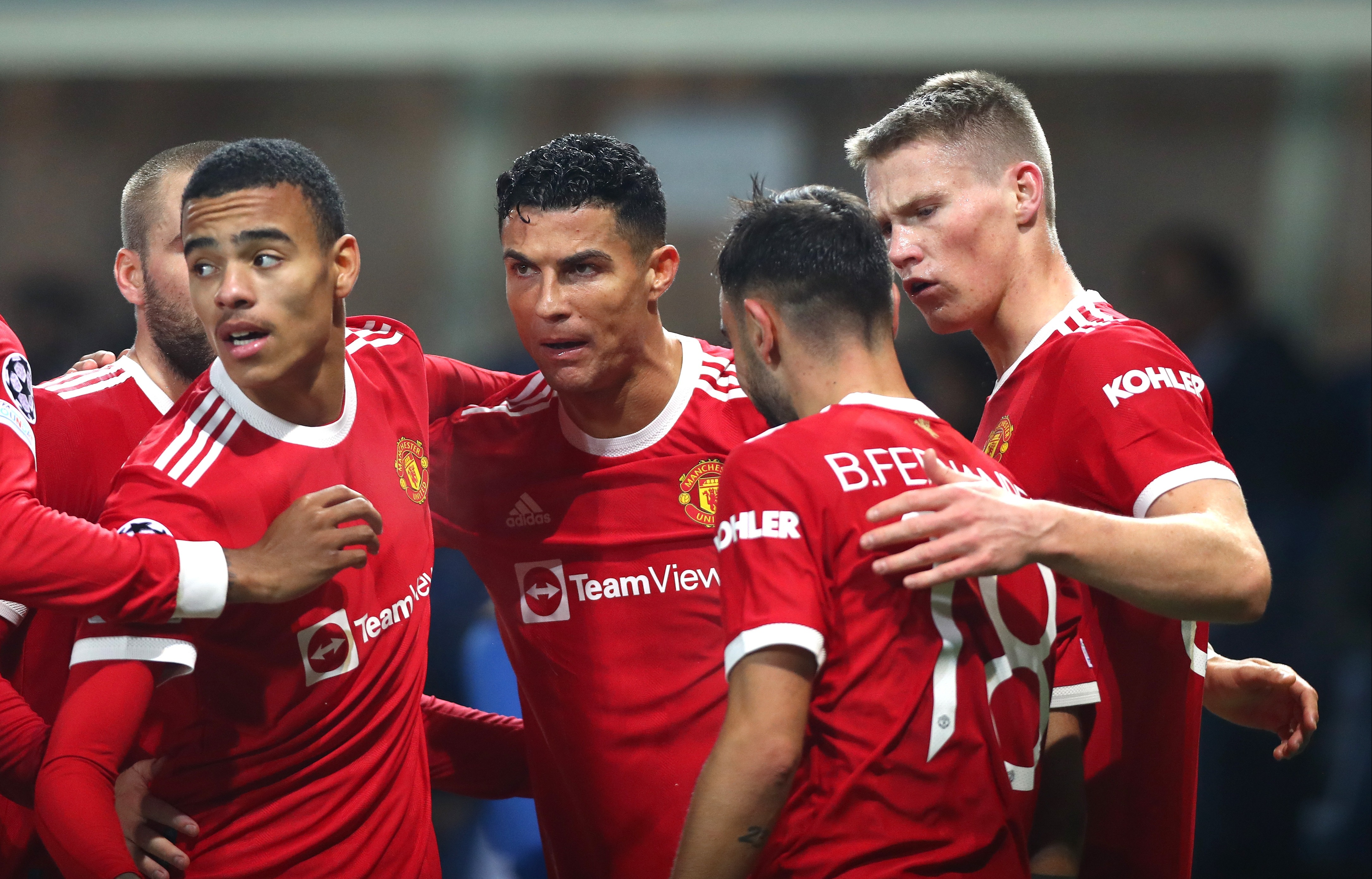 Crisis averted Saturday, crisis back on after 90 minutes last night, crisis averted in the first minute of injury time.

This club may be not at the peak of their powers as they were in Sir Alex’s heyday, but they are never dull.

They are a travelling footballing drama.

Having taken just one point from their previous 12 available, the weekend win over Tottenham had steadied the ship.

Last night in Italy a mighty hole was blasted back in the hull as they twice went behind to Atalanta.

But Ronaldo is just, well, Ronaldo. 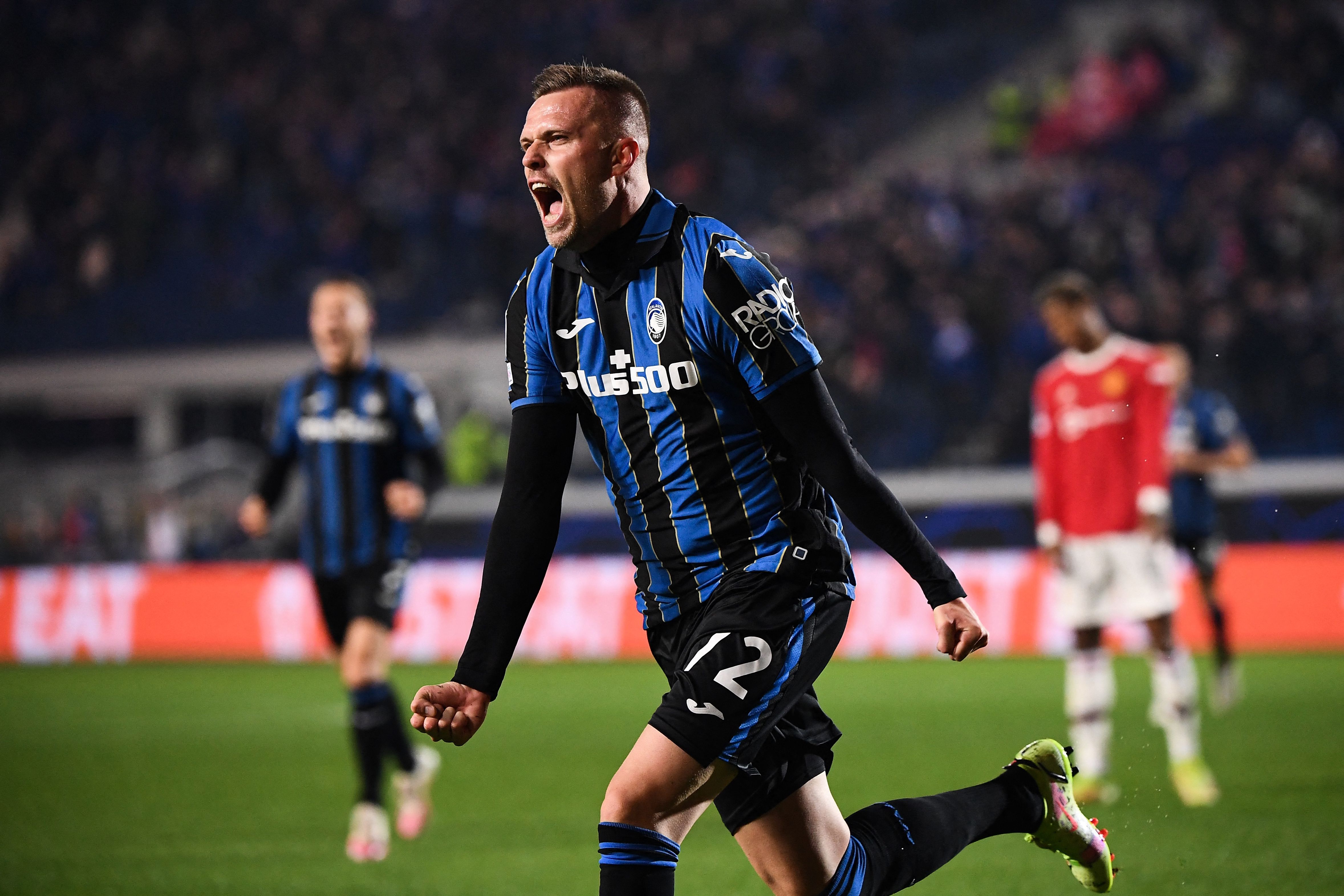 The poor Atalanta players must wake up screaming at his very image.

Last night they were sure they had got the win they were denied a fortnight ago when they let a 2-0 half-time lead slip as United came back to win 3-2.

This time there surely would be no mistakes.

Josip Ilic had them ahead after 12 minutes, Ronaldo equalised in first-half injury time but Duvan Zapata would plunder what they thought was a 56th minute winner.

They could have had more.

You look at the individuals in this team and you think ‘how can they play like this?’

How many times do they have to ‘look at themselves in the mirror’, apologise on social media and call on each other for a reaction. 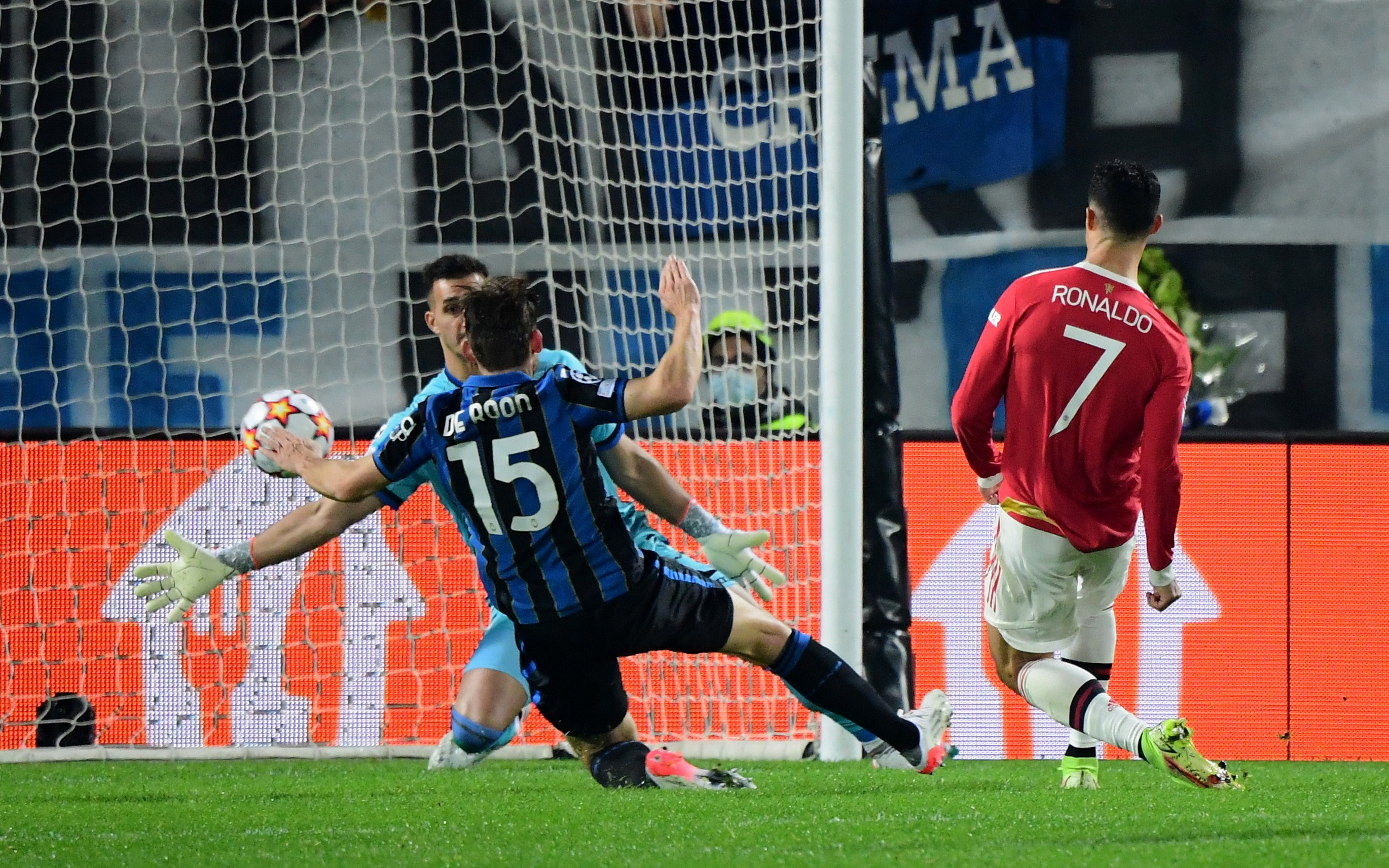 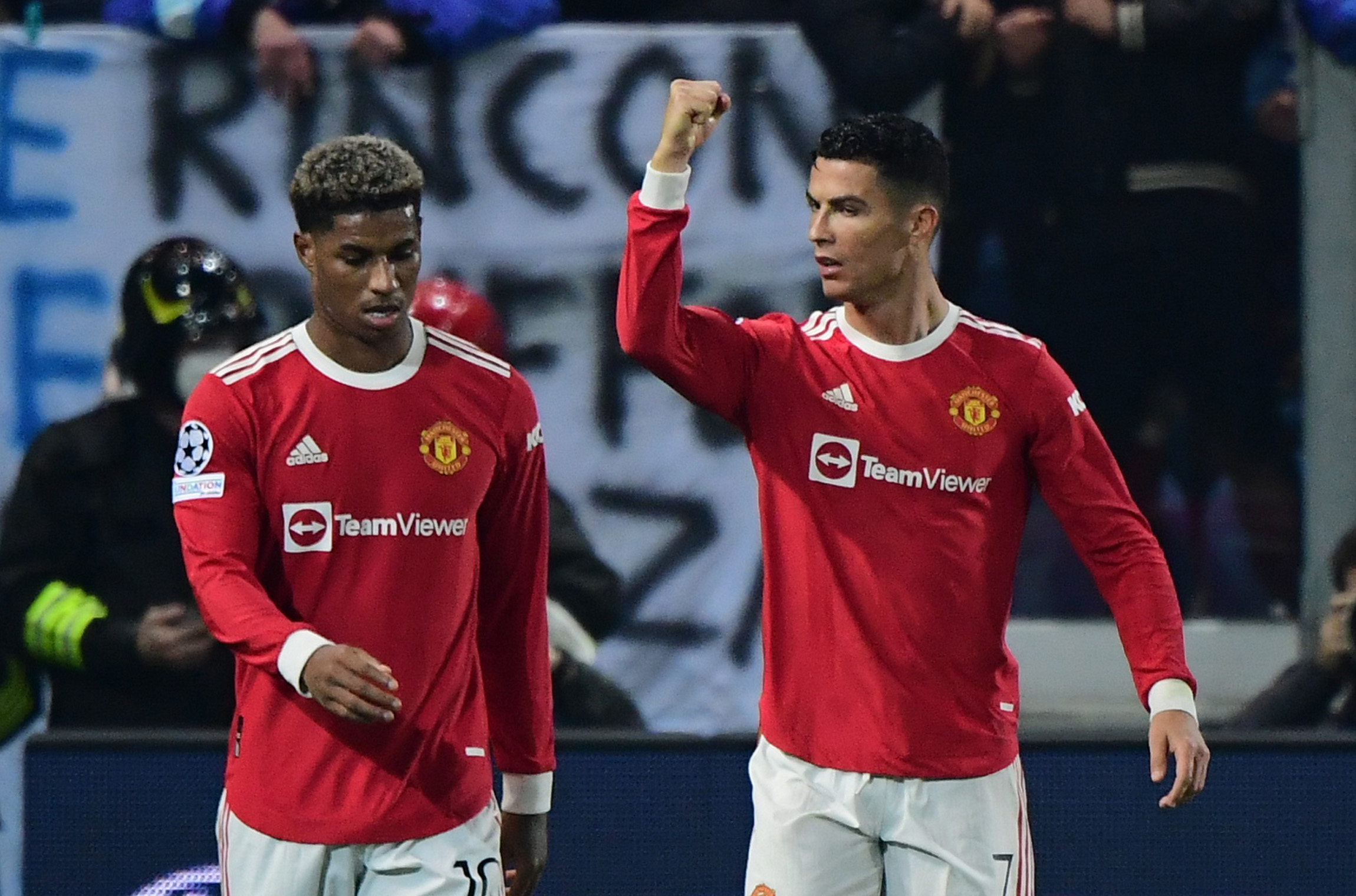 But when Ronaldo is on the pitch nothing is ever lost.

Having changed the formation to 3-5-2 for the win over Spurs, Solskjaer kept the same shape last night, initially at least, but made three changes to the line-up.

Paul Pogba was serving one of a three match suspension against Spurs but returned to the United line-up last night in place of Fred.

Eric Bailly was in for the injured Victor Lindelof and Marcus Rashford was chosen ahead of Saturday goalscorer Edinson Cavani.

The 21,000 capacity Atalanta stadium was packed and buzzing for this encounter.

It always is wherever United go.

No matter what their travails they remain the biggest scalp, hence the biggest pressure on the boss.

It was similar to the game at Old Trafford with Atalanta bossing the first-half. 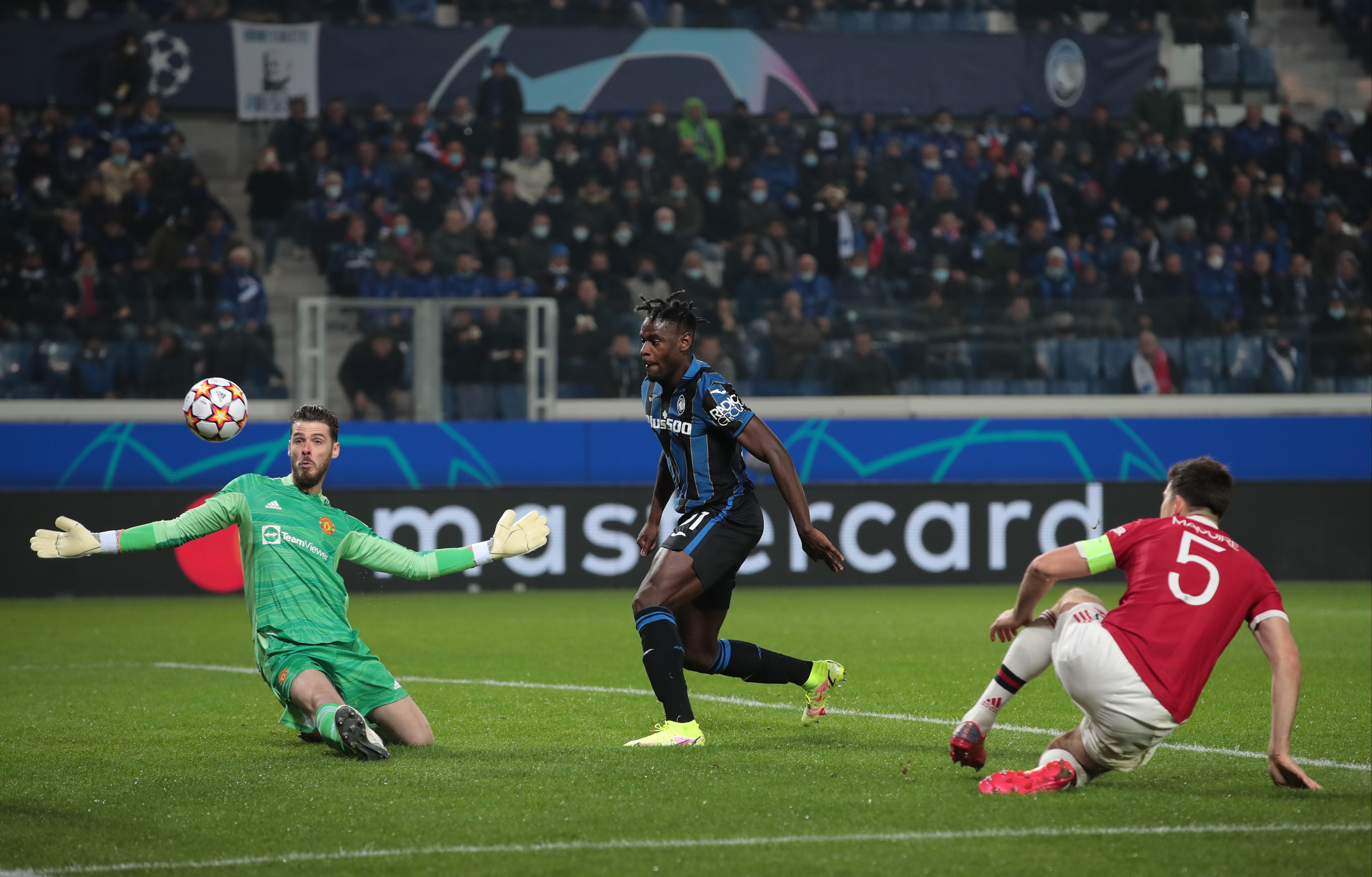 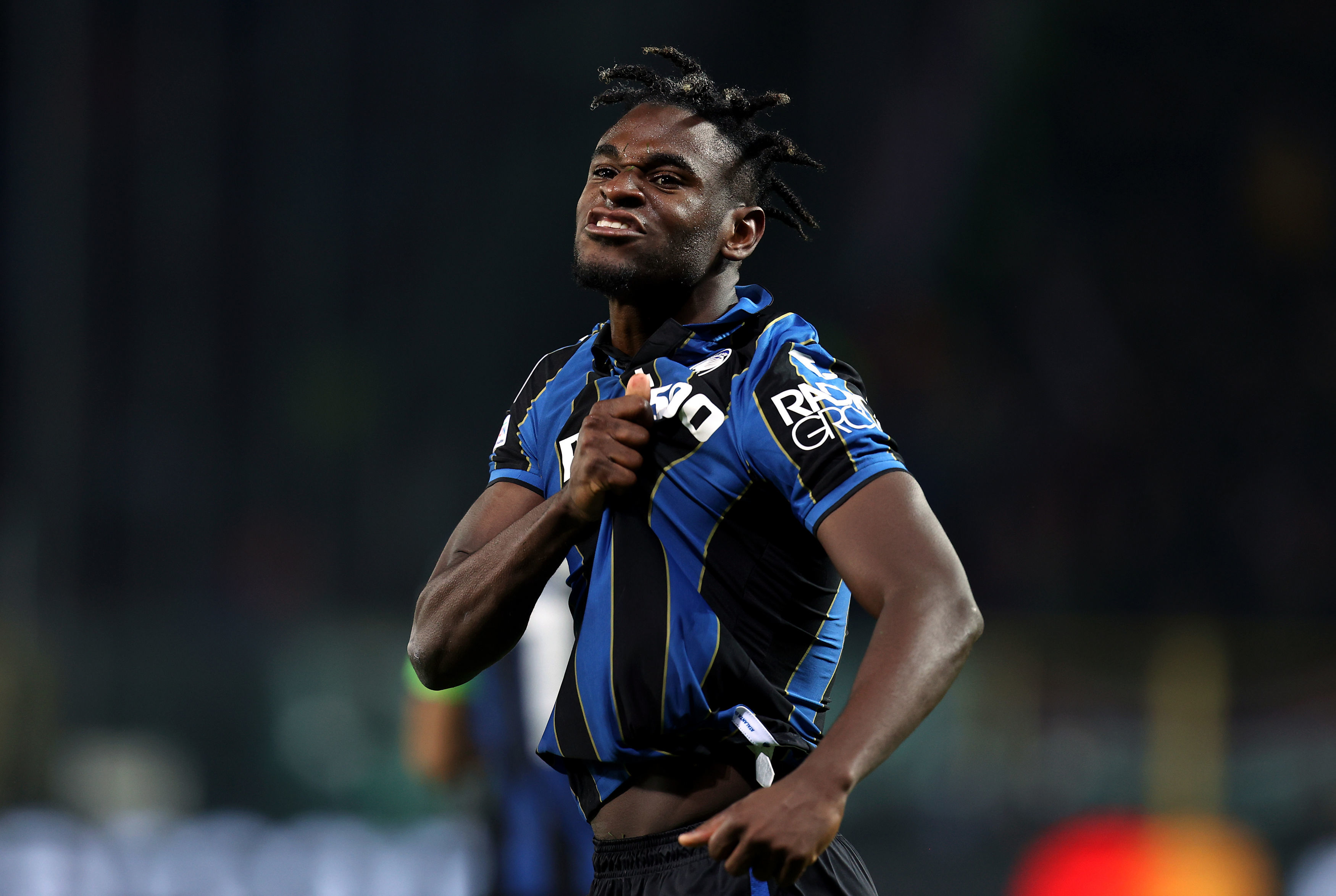 But somehow United were level after 45 minutes of this.

They did at least have the first chance when Scott McTominay’s deflected shot wrong footed the goalkeeper and hit the left-hand upright.

After that it was virtually all Atalanta as they took a 12th minute lead thanks to a blunder by David de Gea.

Last season that wouldn’t have been a surprise but the Spaniard has been in such good form this season that it was shock to see.

McTominay lost possession, Duvan Zapata darted into the box and squared to Josip Ilic whose shot was straight down the middle of the goal straight at De Gea but somehow he allowed it to squirm under his body and slide in.

Foot on the gas the Italian side went for more.

Paul Pogba got hounded down outside his own box and lost possession giving Zapata a chance but Bailly rushed across to bloke his shot. 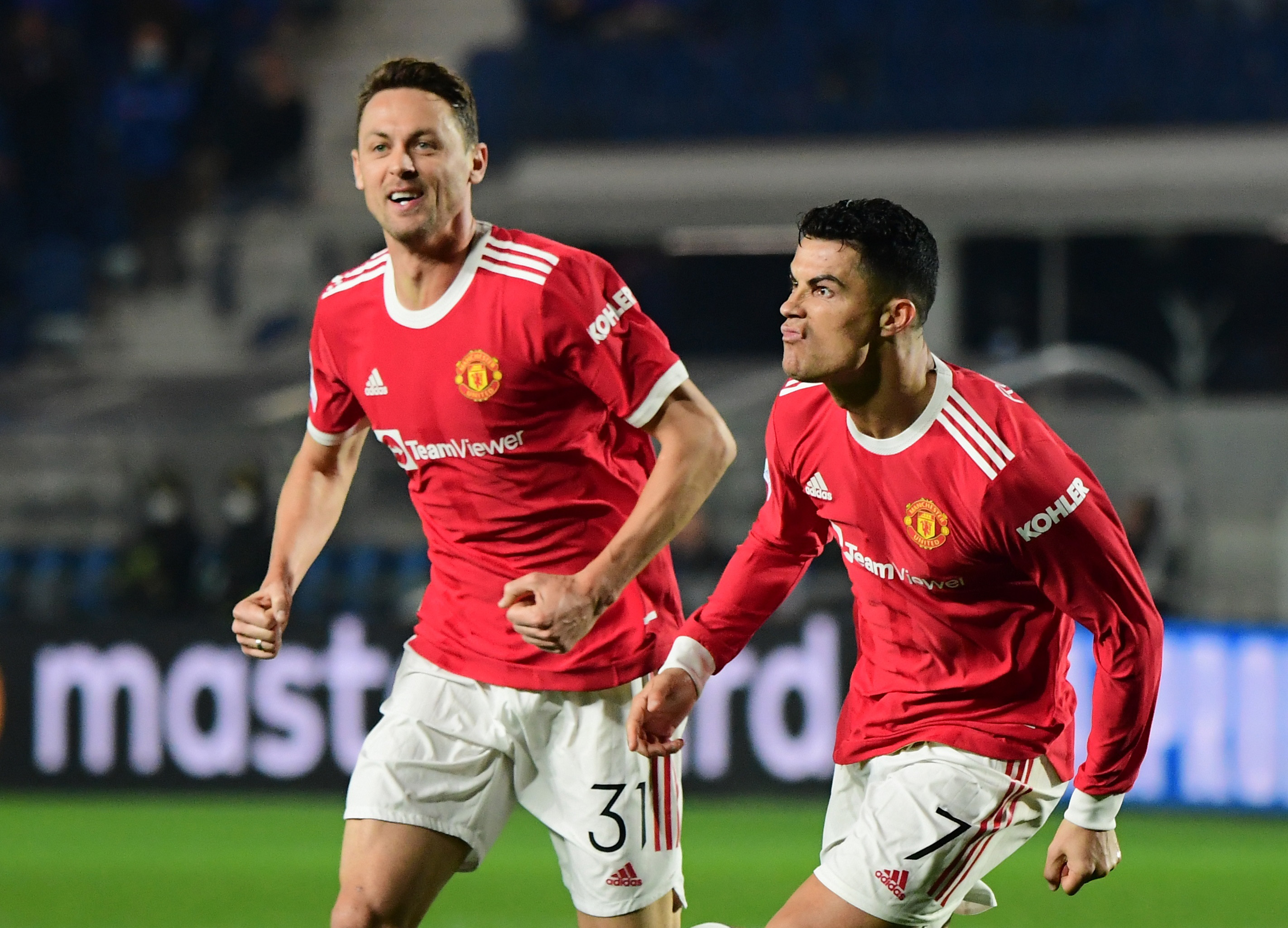 It went to VAR with a suggestion of handball but no penalty was awarded.

In the 38th minute Solskjaer had to change tactics when key defender Raphael Varane went down injured.

Greenwood would be involved in the equaliser in first half injury time.

Ronaldo played it to him, Greenwood shoved it on to Fernandes whose excellent back heel went back to Ronaldo who had advanced into the box in anticipation.

The finish was just Ronaldo, clean, powerful, thump – back of the net.

So despite another of many slow starts to a game, United were in it.

They always come out better after the break. 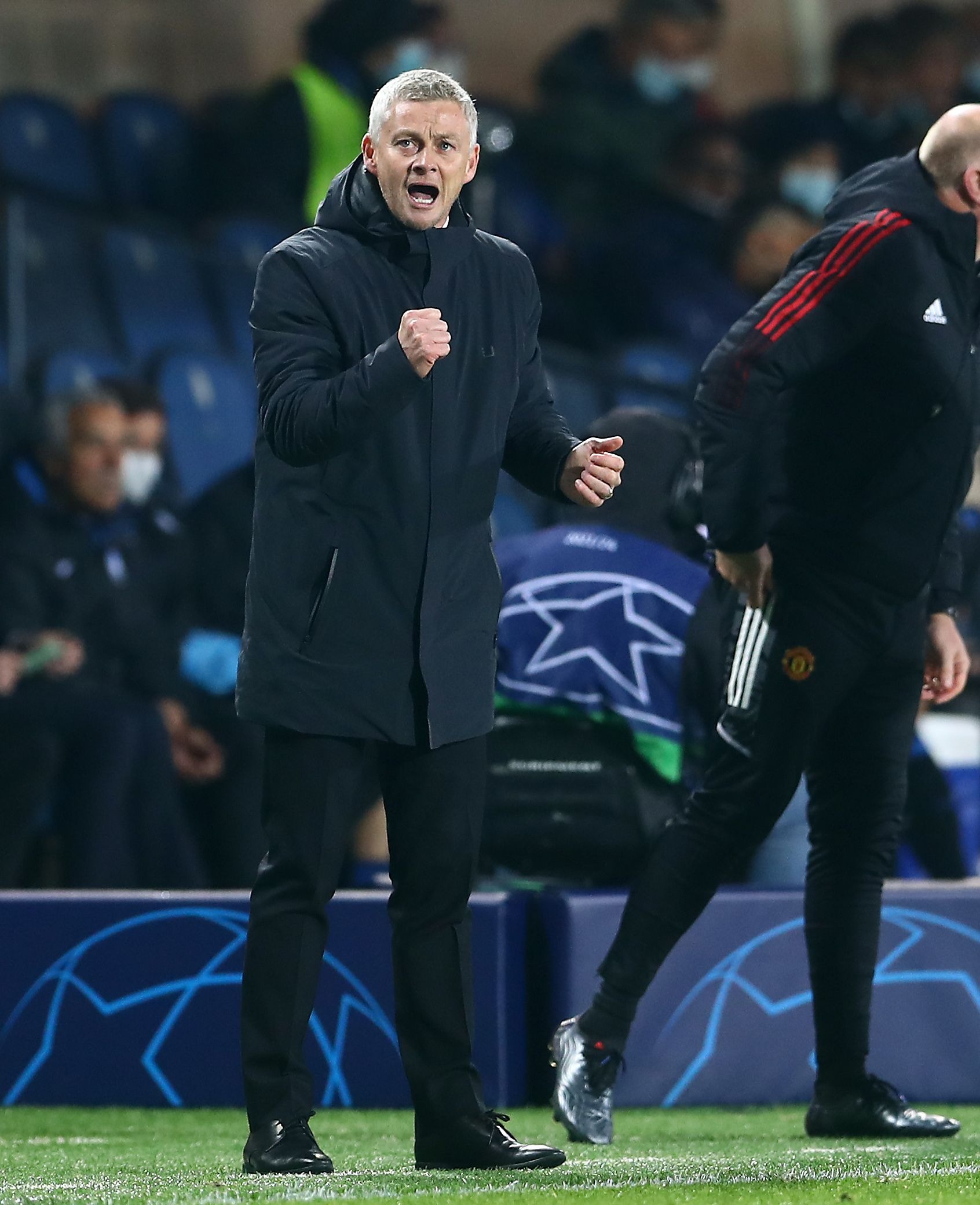 Immediately Ronaldo fed Fernandes whose shot was charged down.

Greenwood was in and hit the post but the linesman’s flag would have denied a goal in any case.

The offside flag would also go up in the 56th minute seemingly to deny Zapata a goal, but this time VAR correctly overruled the official.

Jose Palomino had chipped a pass through and the Atalanta frontman was well onside as he skated past Harry Maguire and flicked the ball past De Gea.

Then as the seconds ticked away, Greenwood flipped the ball off to Ronaldo and his finish was so sweet on the volley into the far bottom corner.

It was his sixh goal in eight appearances against Atalanta, his ninth in 11 appearances since returning to Manchester United.

Crisis averted, until next time.