Home » Sport » At the BMW Championship, Sam Burns Is Steady Once Again 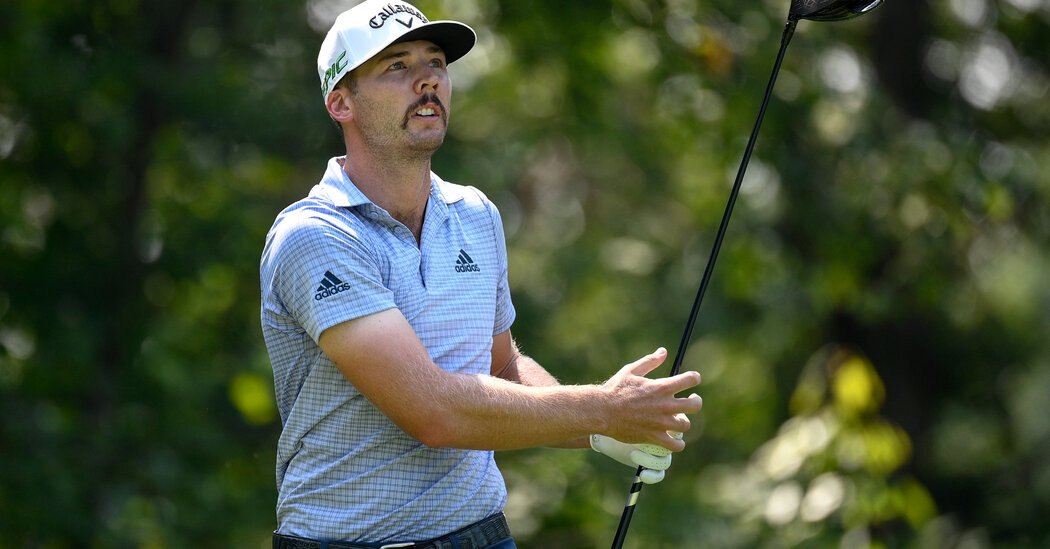 At the BMW Championship, Sam Burns Is Steady Once Again

OWINGS MILLS, Md. — Sam Burns, who won his first PGA Tour event in May, made two birdies in his first four holes during the first round of the BMW Championship on Thursday. It was a good start for Burns, a lesser-known tour pro competing alongside the galaxy of top golfers at the tournament, which is the second of three events in the season-ending FedEx Cup playoffs.

But on the fifth hole Burns, 25, began to play with exceptional power and a deft touch on the greens. Burns, who was named the nation’s top college player in 2017 when he was at Louisiana State, drove the par-4 fifth green from 310 yards, and then left his eagle putt a disappointing 12 feet from the hole.

Unruffled, Burns sank the birdie putt to grab an early lead at the Caves Valley Golf Club in the Baltimore suburbs. Burns, who has vaulted to 25th in the men’s world rankings with a victory at the Valspar Championship this spring and three other finishes in third place or better, then built on his quick start with five birdies and eight pars in his final 13 holes for a bogey-free round of eight-under par 64.

He was joined at eight-under par in the first wave of golfers to complete their rounds by Jon Rahm, the event’s defending champion, who also had eight birdies without a bogey.

It was the first PGA Tour event held at Caves Valley and the first tour event in the Baltimore area since 1962. Thursday’s round was played in sweltering temperatures in the low 90s that compounded the course’s steep elevation changes and topsy-turvy topography that was a challenge to navigate for players and caddies alike. Burns considered the unfamiliar landscape a potential advantage.

“I kind of like that, maybe we can pick up something different about playing the course that other players didn’t,” he said. “These are big greens with a lot of slope and if you get in the wrong spots you can have a 20-foot putt with six feet of break, which is difficult to manage.

“I think I did a good job today of not putting the ball in the wrong places on the greens.”

What Burns did mostly was roll his golf ball into the hole from wherever he was on the putting surface. He sank a six-foot birdie putt on the seventh hole and a four-footer to save par after a brilliant greenside bunker shot on No. 8. On the 11th hole, his approach shot from 115 yards rolled to within 10 feet of the hole, leading to another birdie. On the par-5 12th, Burns’s tee shot nearly landed in a pond and his second shot missed the green but he lofted a pitch shot to within seven feet of the hole then sank a putt for the second of four consecutive birdies.

“I was calm and felt very prepared which helps when you’re standing over those putts,” Burns said. “Once they start dropping it makes it easier on the next one and the next one. But mostly I think having a good game plan made all the difference.”

Burns has now shot 64 in four of his last eight rounds on the PGA Tour dating to early August. He laughed when the stat was mentioned to him.

“Well, yeah, obviously I wish I could shoot 64 every day,” he said. “But that just doesn’t happen. I think the biggest thing for me, especially this week with it hot and humid, I just need to be rested, hydrated and focused out there. I think that’s the challenge.”

Burns had a plan for keeping his edge in the conditions.

“Just getting a nap this afternoon,” he said.

If Burns can continue his current stellar play and contend for the FedEx Cup playoff title, which would earn him $15 million, he might be a contender for the 12-man American Ryder Cup team to be named after next week’s season-ending Tour Championship in Atlanta. Burns is currently 17th in the U.S. Ryder Cup standings. Steve Stricker, the captain of the United States team, will make six selections while the top six players in the standings — based on a points system related to recent results — will automatically qualify. A hot golfer, albeit one lacking experience in international play, is always a temptation for a Ryder Cup captain.

“Captain Stricker can go whatever route he wants, so it’s not all necessarily in my control,” Burns said Thursday. “I’m just going to go out and try to play the best golf I can. If it works out, incredible. If it doesn’t, I’ll be rooting hard for the team.”

I Can't Go to Europe Right Now, but at Least These $35 Pants Make It Look Like I Went