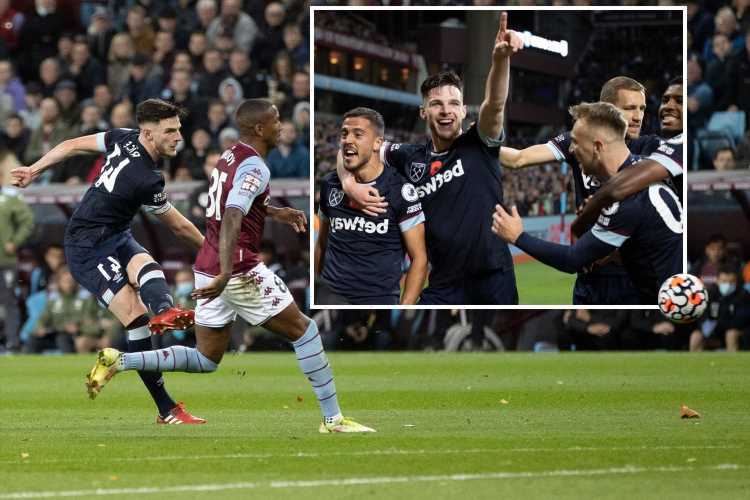 WEST HAM scored four goals at Villa Park in the league for the first time in 60 years to Hammer home their credentials as genuine top four contenders.

David Moyes' side steamrollered ten-man Villa with a late surge after Ezri Konsa had been sent off for denying Jarrod Bowen a clear goalscoring opportunity. 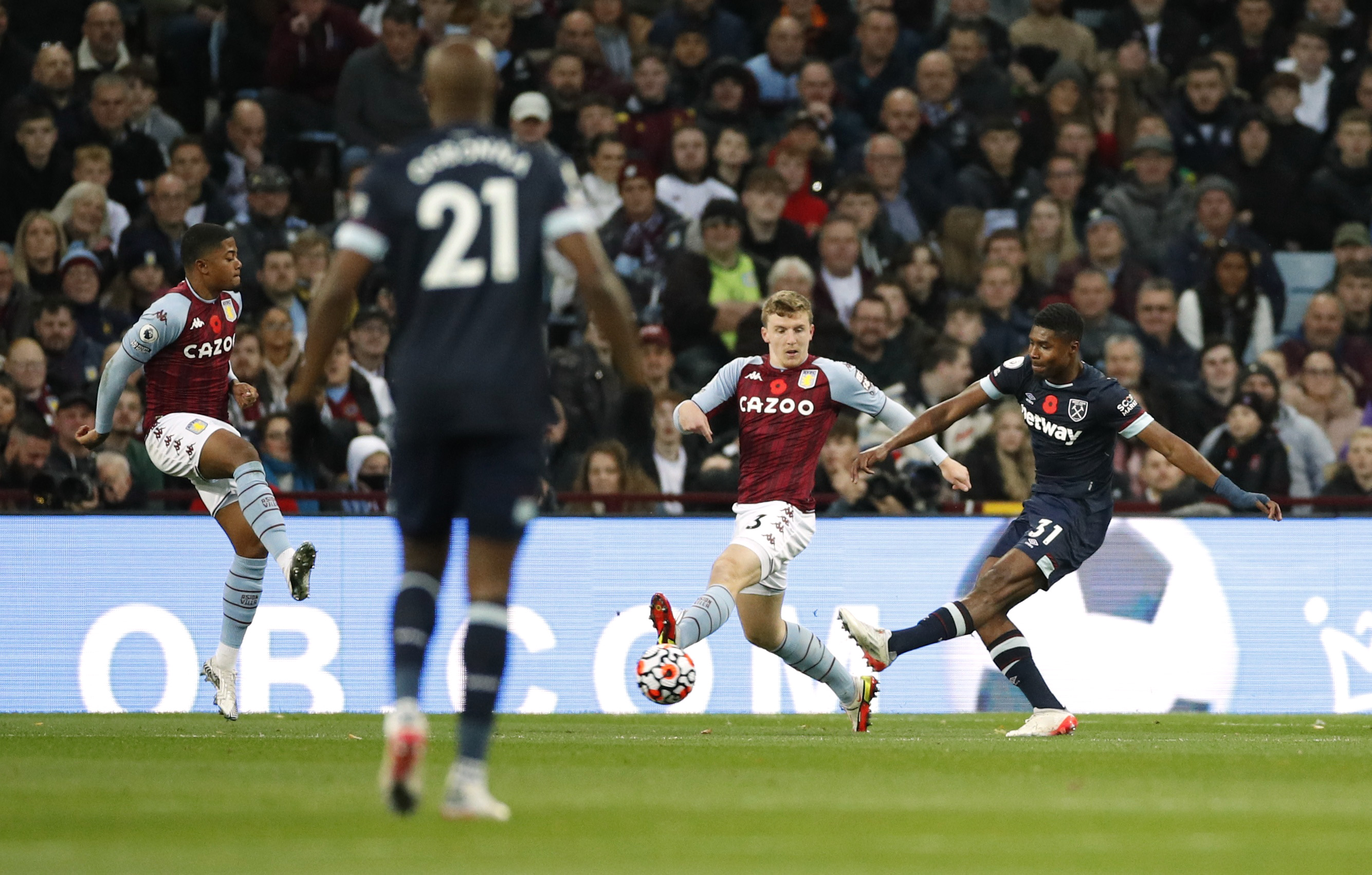 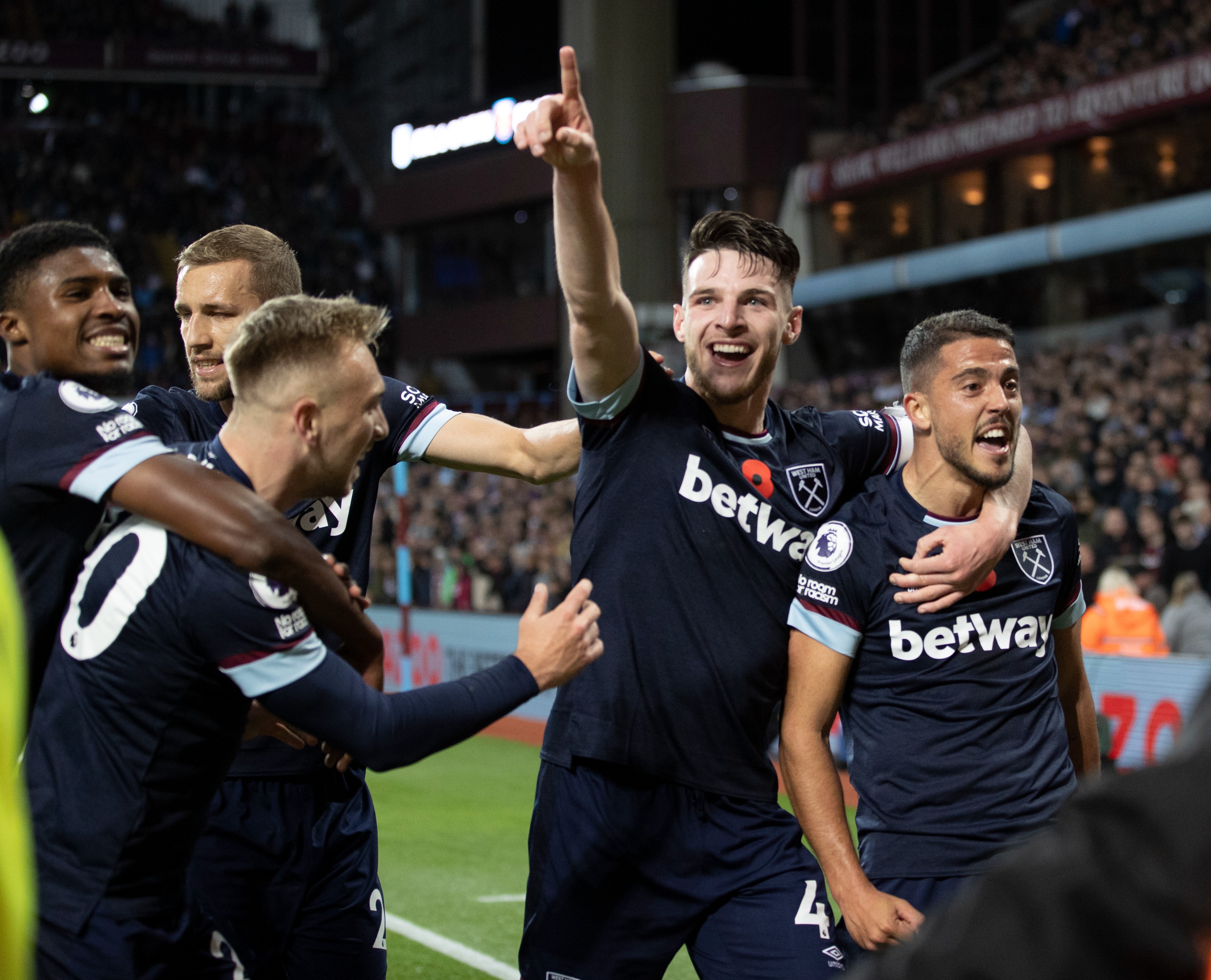 That set the fuse on a bad-tempered finale but it was West Ham who provided all the fireworks as late goals from Pablo Fornals and Bowen sealed a convincing win.

The Hammers are now level on points with Manchester City and just two behind second-placed Liverpool after equalling a club-record five consecutive away wins in all competitions.

However this fourth defeat on the spin has left Villa three points above the relegation zone and increased the pressure on Dean Smith.

Villa staggered into this match on the back of a hat-trick of losses and faced the scary prospect of a rampant West Ham – fresh from ending Manchester City's amazing run in the Carabao Cup.

Smith clearly decided enough was enough and got into the spirit of Halloween by reaching for his axe.

Skipper Tyrone Mings was the unsuspecting victim who was ruthlessly bumped off – four days before Gareth Southgate names his latest England squad.

However Smith knows there is no room for sentiment at this level and he showed his ruthless side by replacing his under-performing captain with Kortney Hause.

He said: "Whenever you change a team it’s a big call.

"When you have to bring players in and out of teams it’s a big call for all managers but that’s what we’re paid to do. It’s one that I felt was right at this time."

Having chopped Mings, Smith was then robbed of Danny Ings, who was presumably ill or injured as the three-goal striker never even made it to the subs bench.

Perhaps Moyes sensed the upheaval meant Villa were there for the taking.

Or maybe the Hammers are simply on such a roll right now they would always have gone straight for the home side's throat.

Whatever the reason, Moyes' boys burst out of the blocks and were ahead after seven minutes – thanks to Ben Johnson. 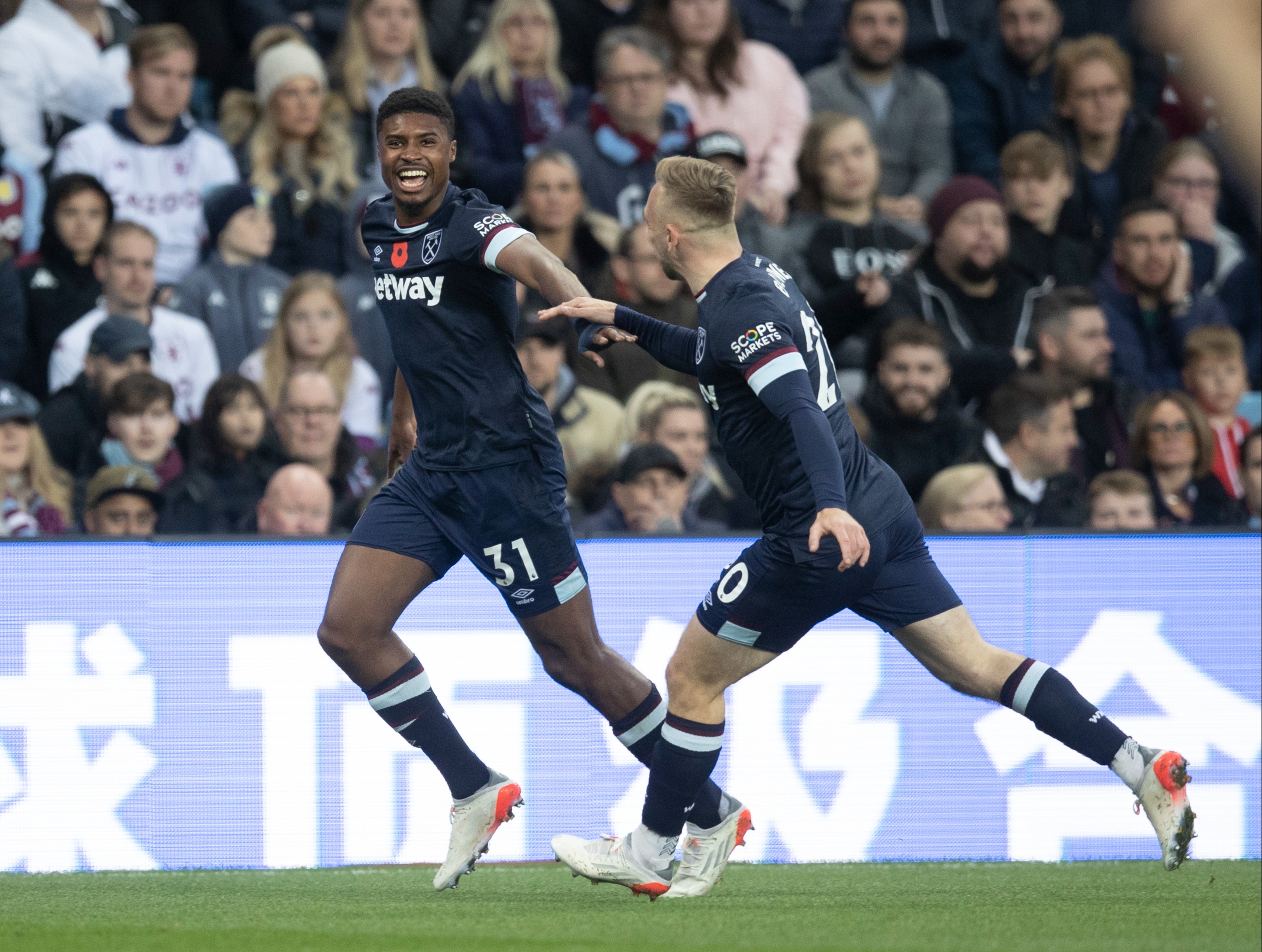 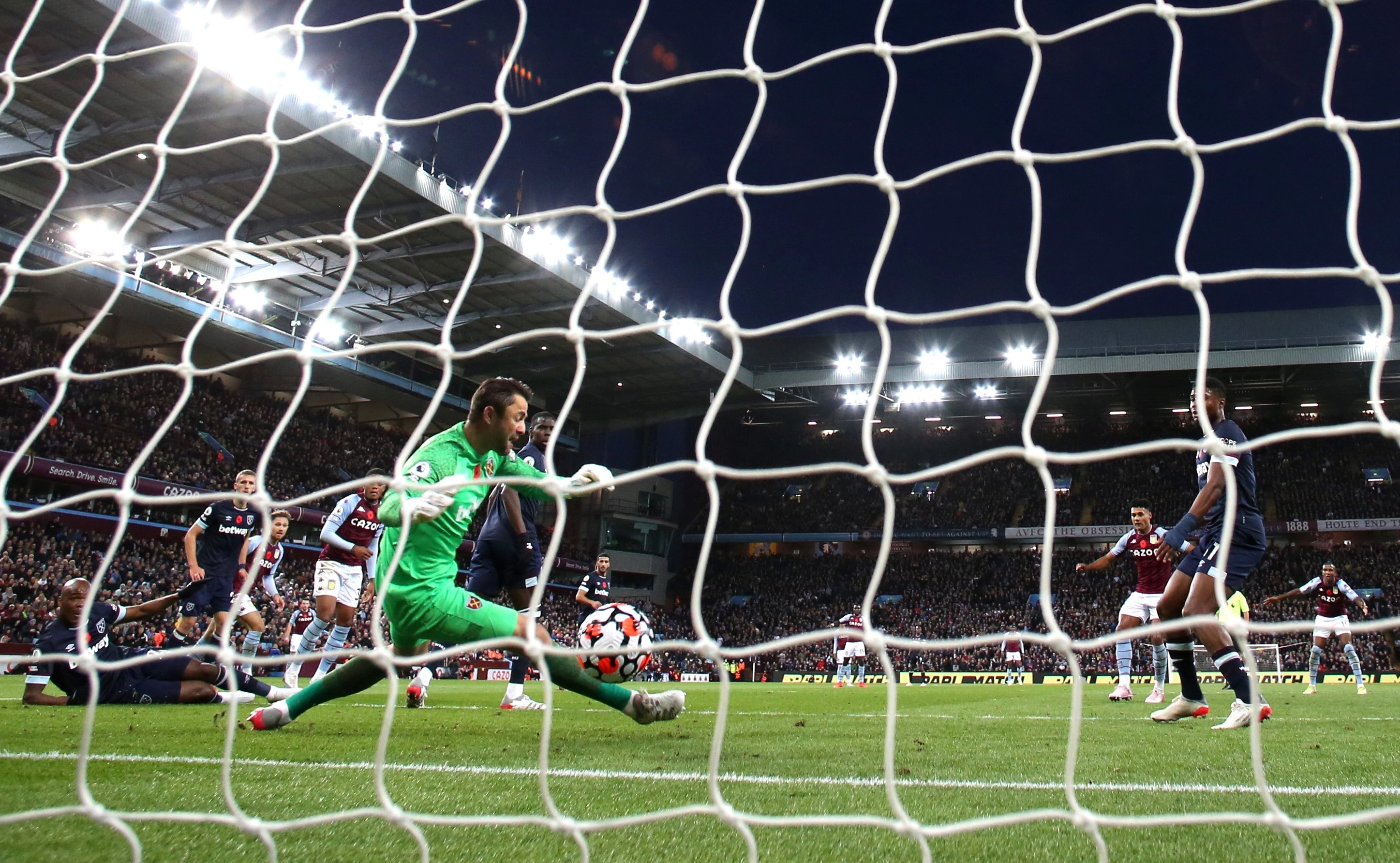 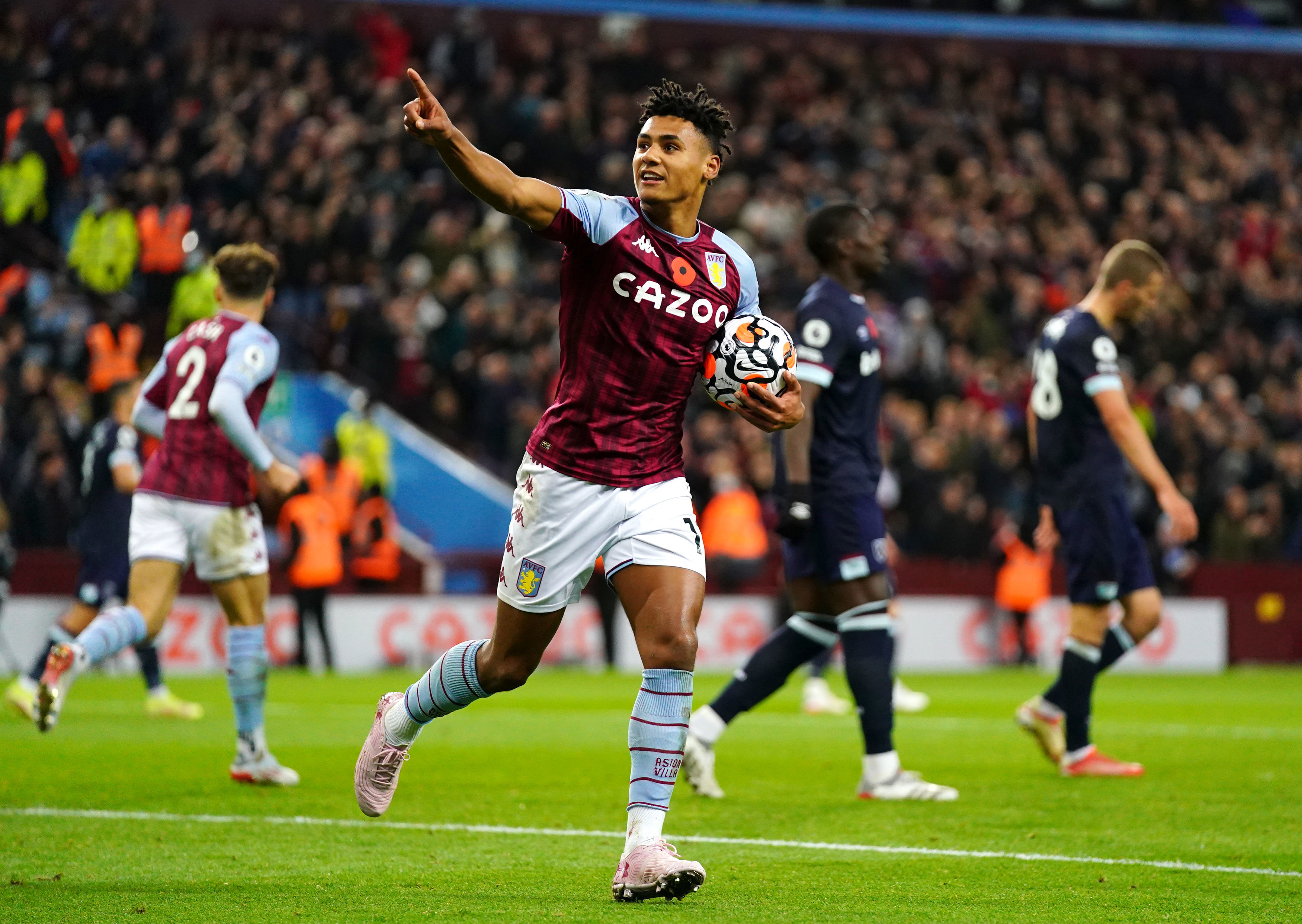 Villa's new-look defence hadn't got into their stride when they found themselves trailing.

Declan Rice, who gets better with each passing game, swept a majestic pass out to Johnson on the right flank.

Matt Targett tried to shephard him outside but the youngster cut inside him and fired in a low left-foot shot from the dge of the box which sped into the far corner past a startled Emi Martinez.

Although Bailey didn't help his keeper by jumping over the ball, it still looked saveable.

But Johnson wasn't complaining as he celebrated his second senior goal of his fledgling career.

Villa looked rattled and the loss of Jacob Ramsey to an ankle injury after 15 minutes caused more disruption, as Ashley Young came on to replace him.

And Matty Cash did well to block two net-bound efforts from Bowen – first with his boot, then with his head as West Ham threatened.

But the home side hung on in there and gradually clawed their way back to equalise ten minutes from half-time. 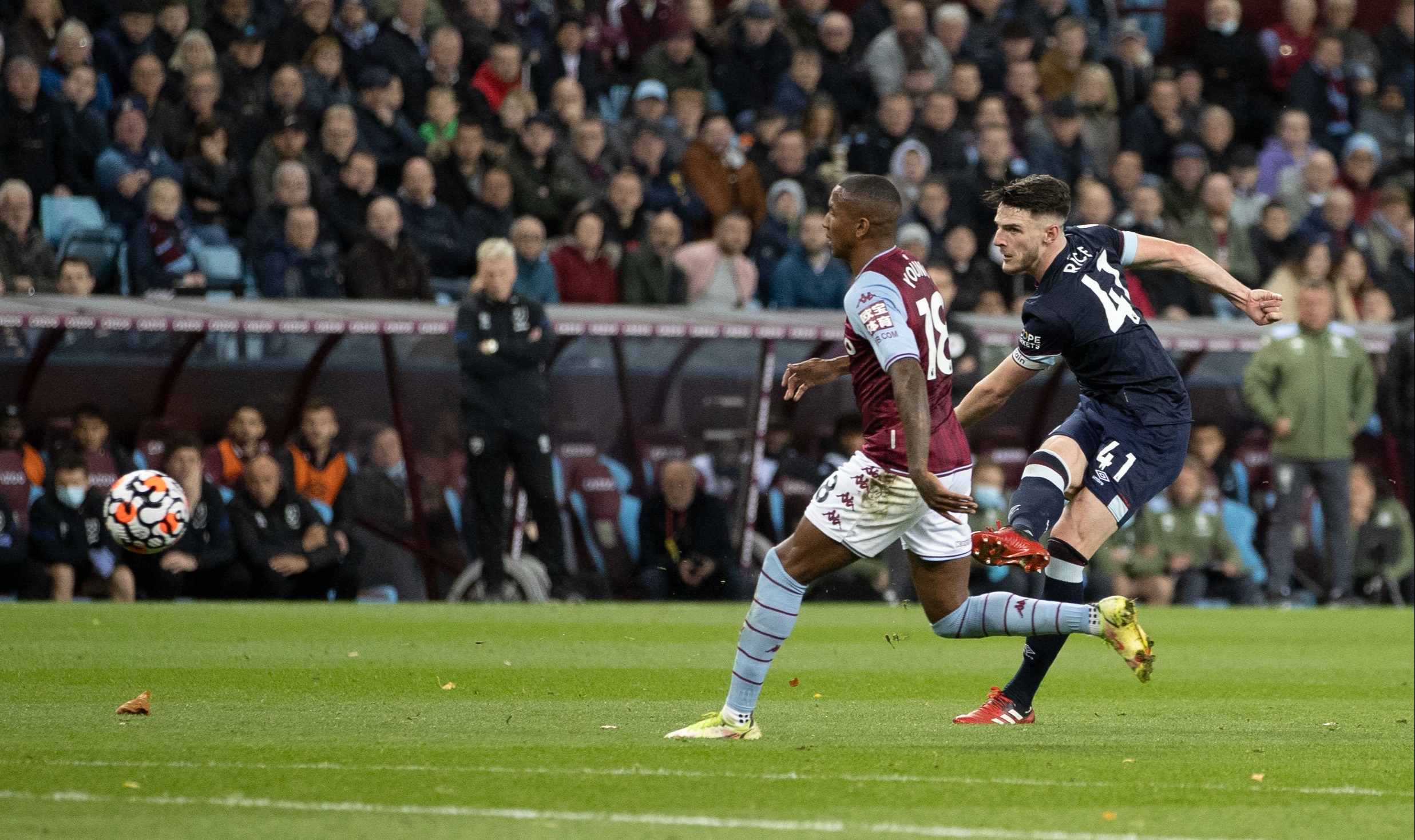 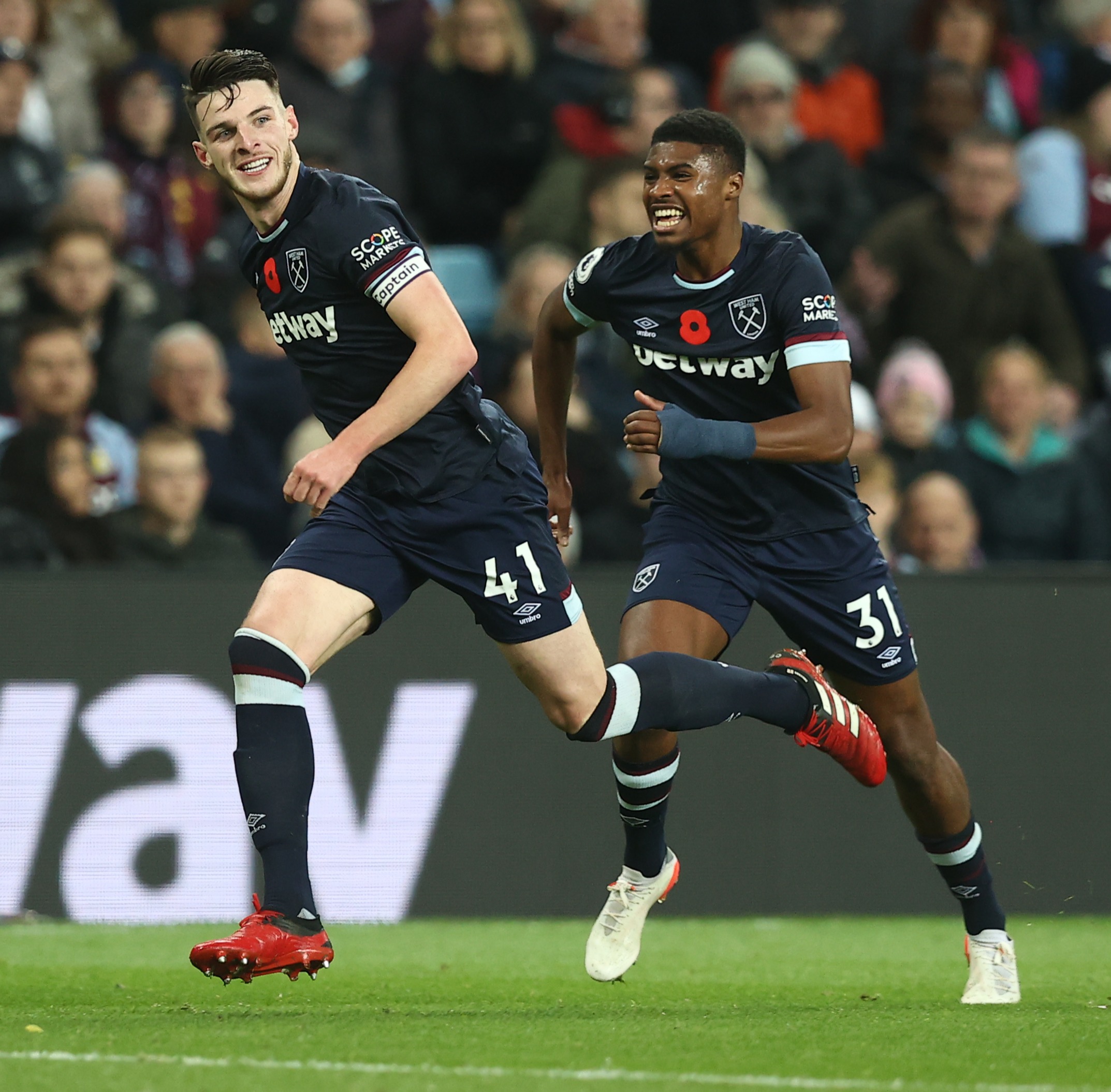 John McGinn fed Emi Buendia who skipped past a feeble tackle from Pablo Fornals with ease before cutting the ball back from the byline.

Leon Bailey dummied and Ollie Watkins steamed in to slam a low shot in off Lukasz Fabianski's outstretched foot.

West Ham responded and it took a desperate lunging tackle from Ezri Konsa to deflect an Antonio shot onto the roof of Villa's net.

However the Hammers restored their lead within three minutes of losing it, as Declan Rice opened his Premier League account for the season.

Once again Martinez looked slow to react – perhaps a hangover from his mercy dash to Argentina to be with his sick father during the week.

Whatever the reason, Rice seemed as startled as anyone when his 25 yard shot bounced twice before bobbling beyond Martinez's outstretched glove to go in off the far post.

McGinn flashed a header just wide to give Villa hope going into the break – but disaster was lurking on the other side of the interval for Smith's side.

Fornals broke upfield but was stopped in his tracks when Hause crudely thrust his arm into his face to pole-axe the Spaniard. 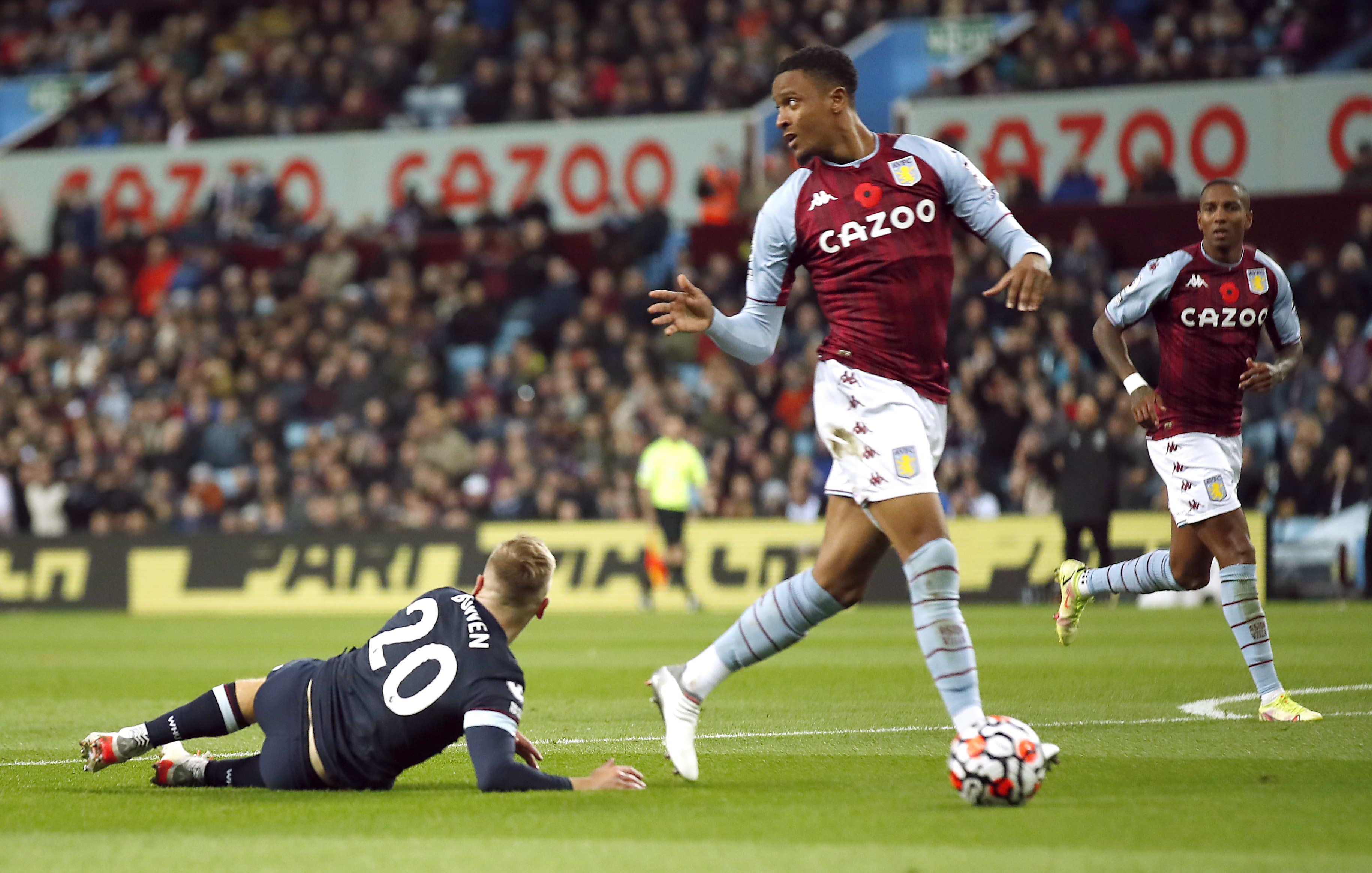 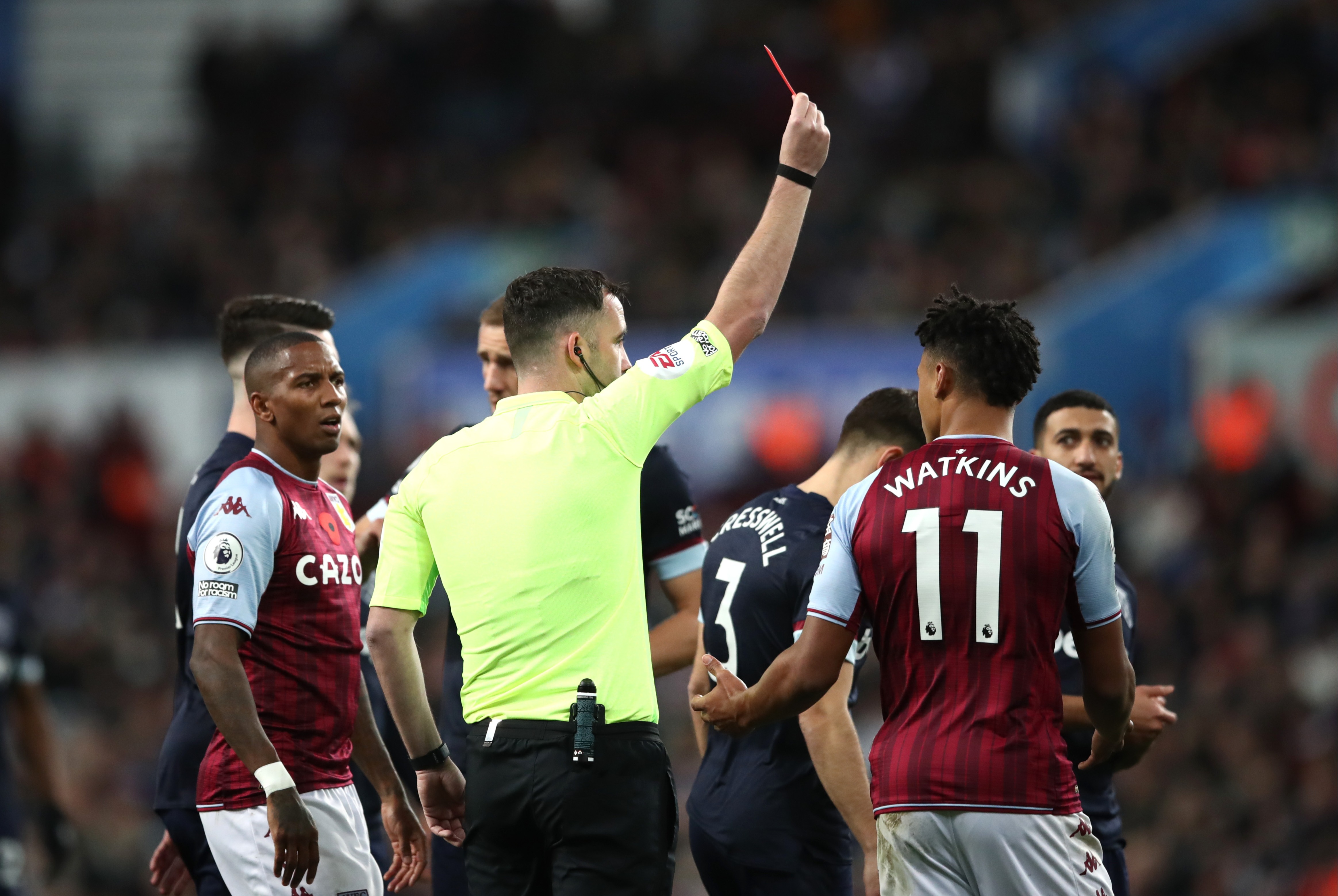 Bowen continued the attack and was surging towards goal when Konsa sent him tumbling on the edge of the penalty area to concede the free kick.

Referee Chris Kavanagh booked both Villa sinners before VAR kicked in – and it all kicked off.

Cavanagh went to his monitor and reached for his red card.

But instead of Hause going for violent conduct it was Konsa who was sent packing for denying a clear goalscoring opportuniuty.

Mings came on for a frustrated Buendia and Villa's sense of injustice spurred them on.

Fabianski denied them an equaliser with a brilliant touch to push Watkins' header onto his crossbar.

Then Martinez excelled when he pushed away a ferocious Rice free kick before all hell broke loose with 12 minutes remaining.

Fornals left Nakamba in a heap after a 50-50 challenge and McGinn reacted. 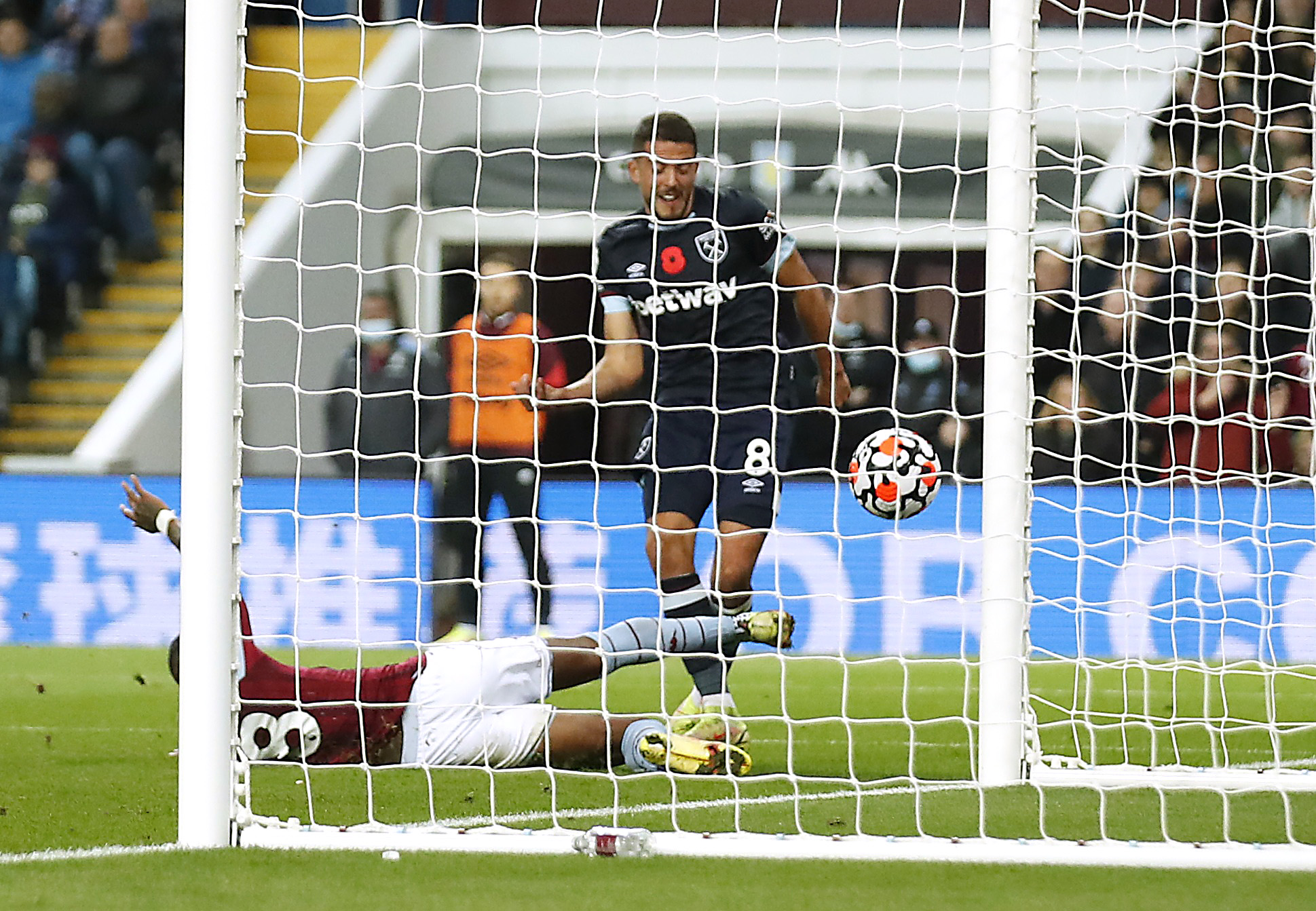 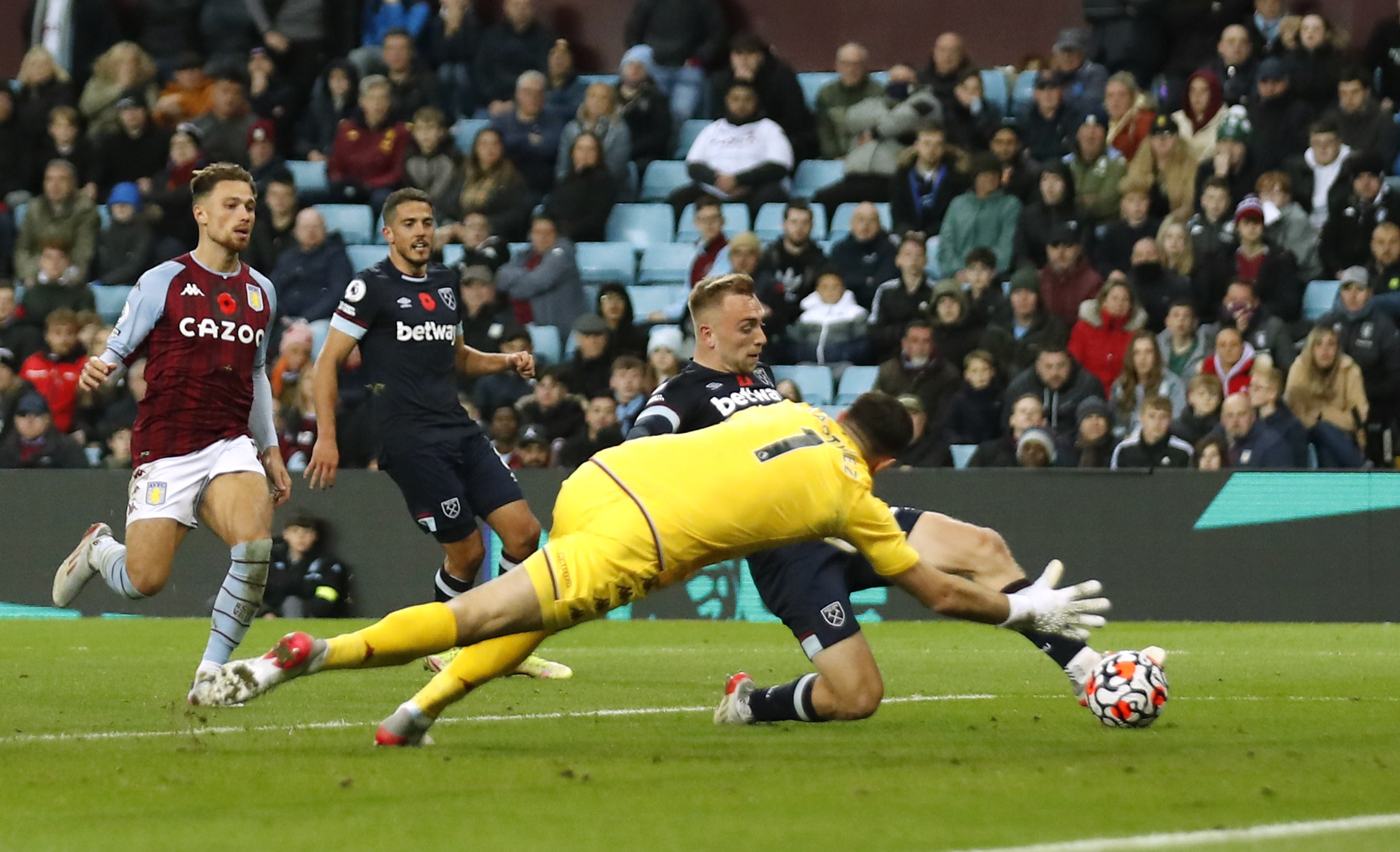 Bowen aggressively shoved the Scot to the ground to spark a bit of nonsense between both sets of players which ended with bookings for Fornals, McGinn and Bowen – who Villa fans felt deserved to see red.

Their mood worsened when Bowen swiftly set up the Hammers third when he raced on to an Antonio flick and held Mings off before shooting.

Although Martinez saved, Fornals was following up to knock home the rebound.

Villa's misery was completed six minutes from the end when Lanzini unselfishly chose to square the ball across the six yard box to give Villa fan Jarrod Bowen a simple tap-in to seal another huge away win.

'1000-Lb Sisters': Why YouTubers Are Team Tammy Slaton While Fans of the Show Side With Amy Slaton