Home » Sport » Arsenal ratings: Tomiyasu the pick of a poor bunch as Ramsdale has no chance with goals and Partey poor in midfield 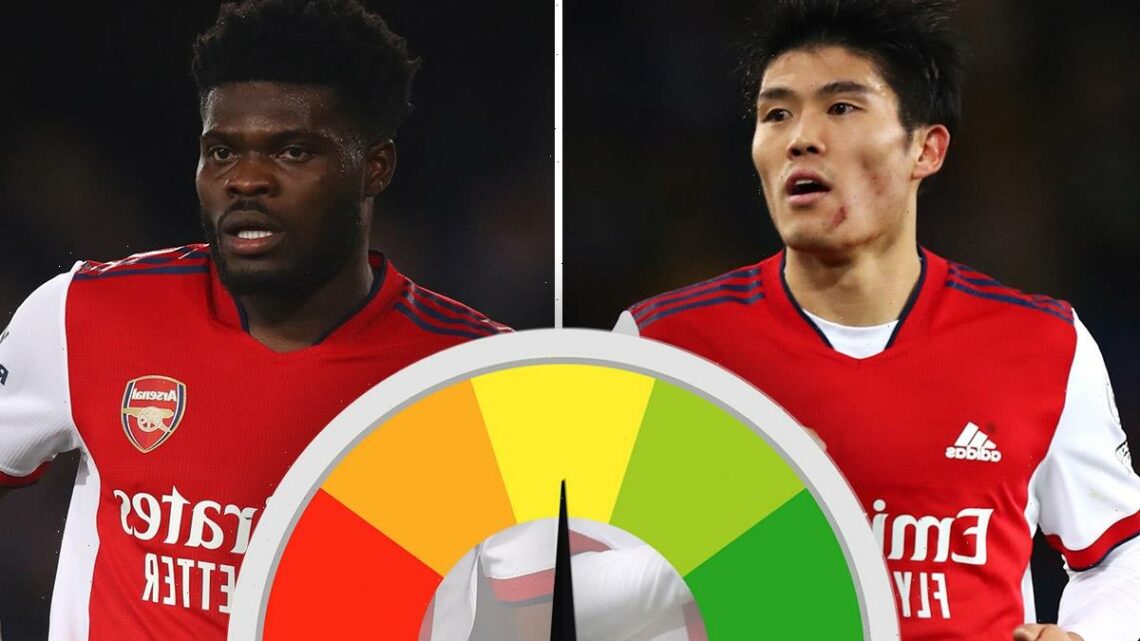 Arsenal ratings: Tomiyasu the pick of a poor bunch as Ramsdale has no chance with goals and Partey poor in midfield

ARSENAL squandered a lead at Everton as Demarai Gray struck with an injury-time winner.

Martin Odegaard broke the deadlock on the stroke of half-time after Kieran Tierney picked him out expertly.

But the story was all about Richarlison.

The Brazilian had two goals ruled out for very tight offside calls by VAR.

But at the third time of asking, his header was allowed to stand.

And then Gray picked up the ball on the left, cut inside and unleashed an unstoppable drive off the far post to condemn the Gunners to defeat.

This one was the battle of two goalkeepers with ambitions of being between the sticks for England at next year's World Cup.

Was first called into any action of note early in the second half when he kept his wits about him to tip the ball over the bar.

Could do nothing about the equaliser – tipping the ball on to the bar before Richarlison headed in… onside this time.

And then had no chance with Gray's stunning winner but made a huge save to deny Alex Iwobi in the final seconds.

FREE BETS: GET THE LATEST BETTING SIGN UP OFFERS AND FREE BETS

The attacking right-back continues to impress at both ends of the pitch.

Was lucky to escape with no further injury than a cut chin after Ben Godfrey landed a rack of studs on him.

And was lucky again when he appeared to be knocked off balance to play Richarlison onside – but the review bailed him out.

Could have done more to stop Gray from cutting inside for the winner, though. 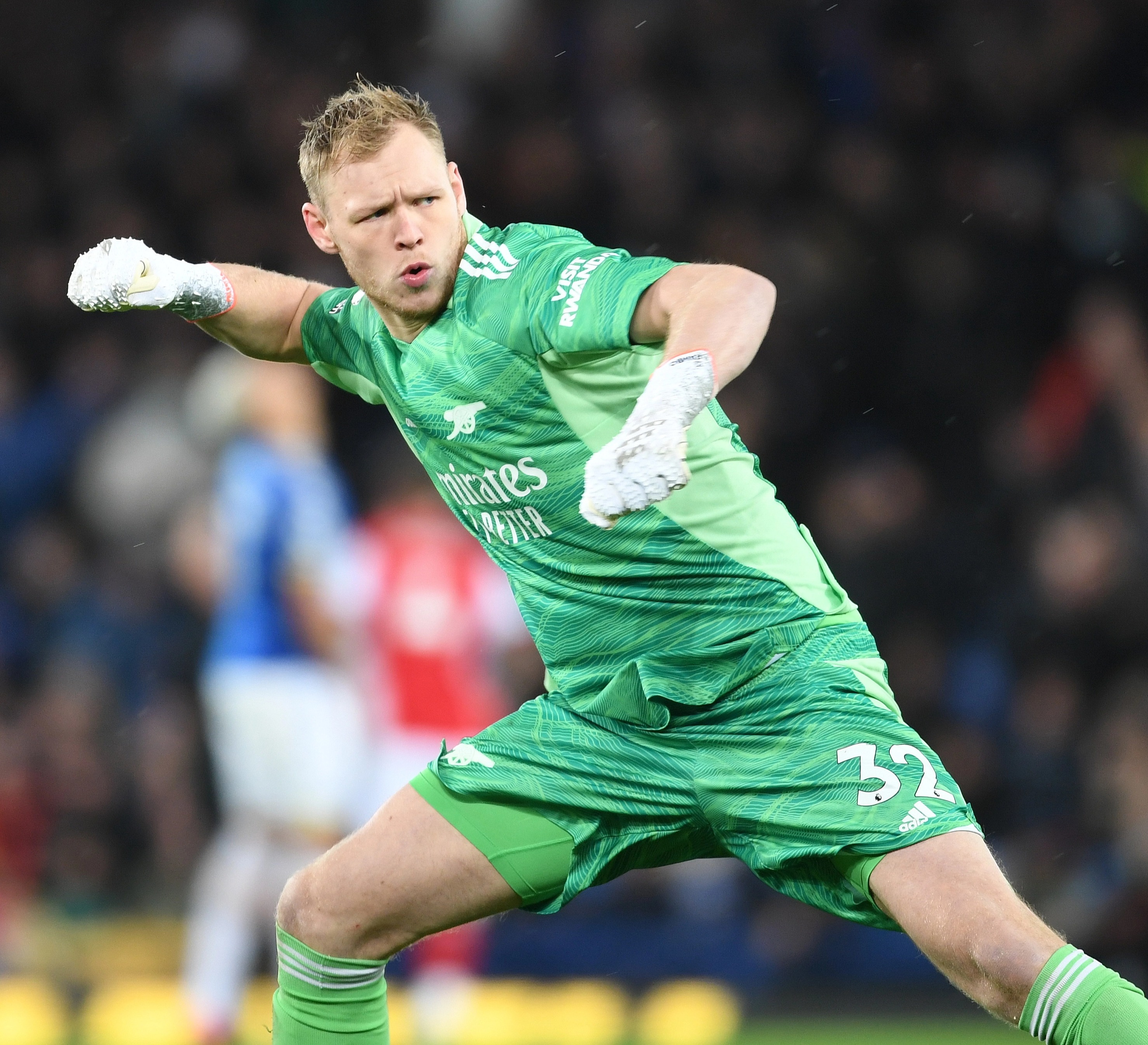 Relatively composed 90 minutes in the heart of the back four, with a couple of slightly nervy moments.

Helped limit Everton to no shots on target according to the stats until the 79th minute.

But then gave the ball away with a loose ball, was out of position and then failed to get close to Gray as he shot from range.

Another commanding display, marshalling his defence.

Gave away the free-kick which Richarlison headed in – but earned a reprieve when VAR ruled it out. And then again was the man at the centre of a marginal offside in the second half.

Had a free header at the back post but his effort bounced straight to a grateful Jordan Pickford then felt the full wrath of Goodison after some blatant time-wasting.

Brought back into the side ahead of Nuno Tavares but was not at his typical brilliant best in the Merseyside rain, losing Richarlison for the offside header.

But he showed exactly what he offers going forward with an inch-perfect cross to break the deadlock by picking Odegaard out.

Played 20 minutes in the second half before being replaced by Tavares.

It said something about Arsenal's performance that the Ghana star's 30-yard speculative effort that flew well over was their only shot before the goal.

Too quiet a game from Partey, who offered very little throughout and was at times overrun in midfield.

Was involved in giving the ball away for the equaliser in what was overall a poor performance. 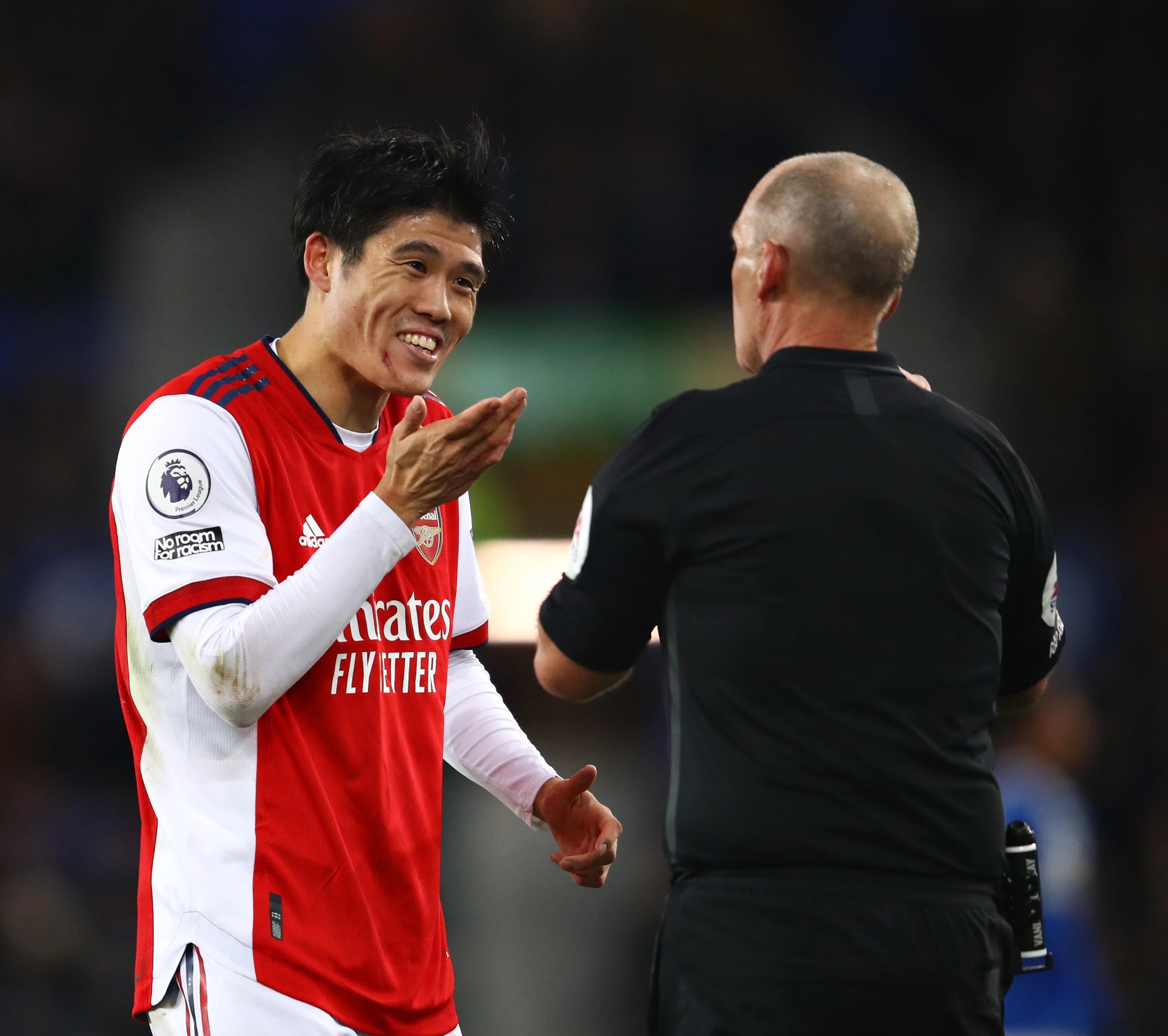 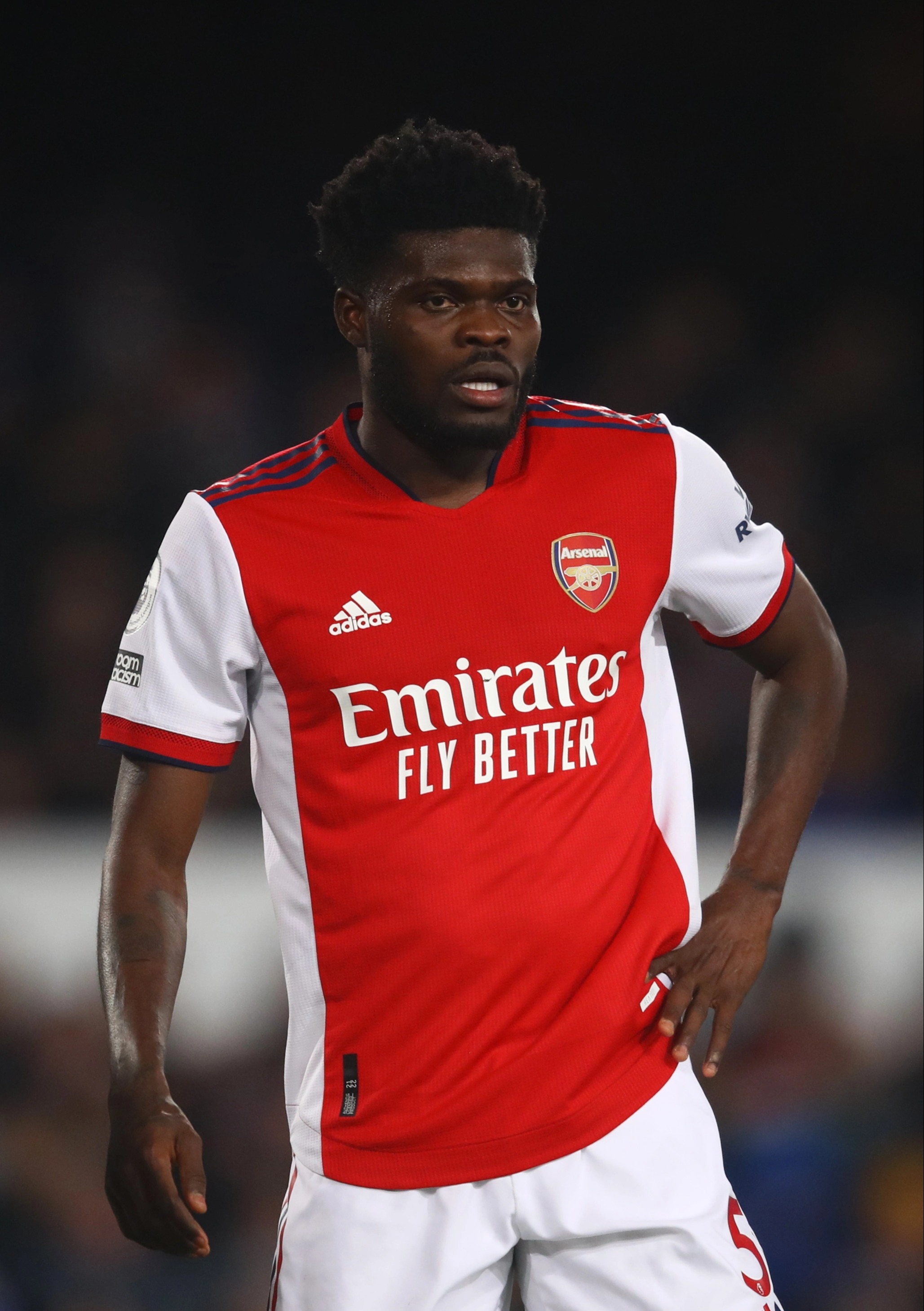 Was a shock inclusion from the start at Goodison Park, a month ahead of schedule after suffering a knee injury against Spurs in September.

Xhaka proved a solid presence in the midfield alongside Partey in Arteta's first-choice pairing.

Fear not, though. Picked up where he left off with his customary yellow card for a blatant trip – that meant he didn't stop the counter attack for the winner.

Made a bright start down the right as was regularly trying to stretch Godfrey.

But then the Everton left-back left one on him, leaving the England star needing treatment and knocking his confidence.

It was a similar tale early in the second half, Godfrey this time getting booked for his latest nasty challenge before a good end to the game.

Emile Smith Rowe was ruled out with a knock, paving the way for Odegaard to start in the No10 role.

In the second minute of injury time, drifted his way into the gaping hole in the Everton penalty area to latch on to Kierney's centre and tuck into the bottom corner for his second in as many games – albeit this one off his shin.

Had a glorious chance to snatch all three points in injury time but cut inside and took too long as his strike was well blocked. 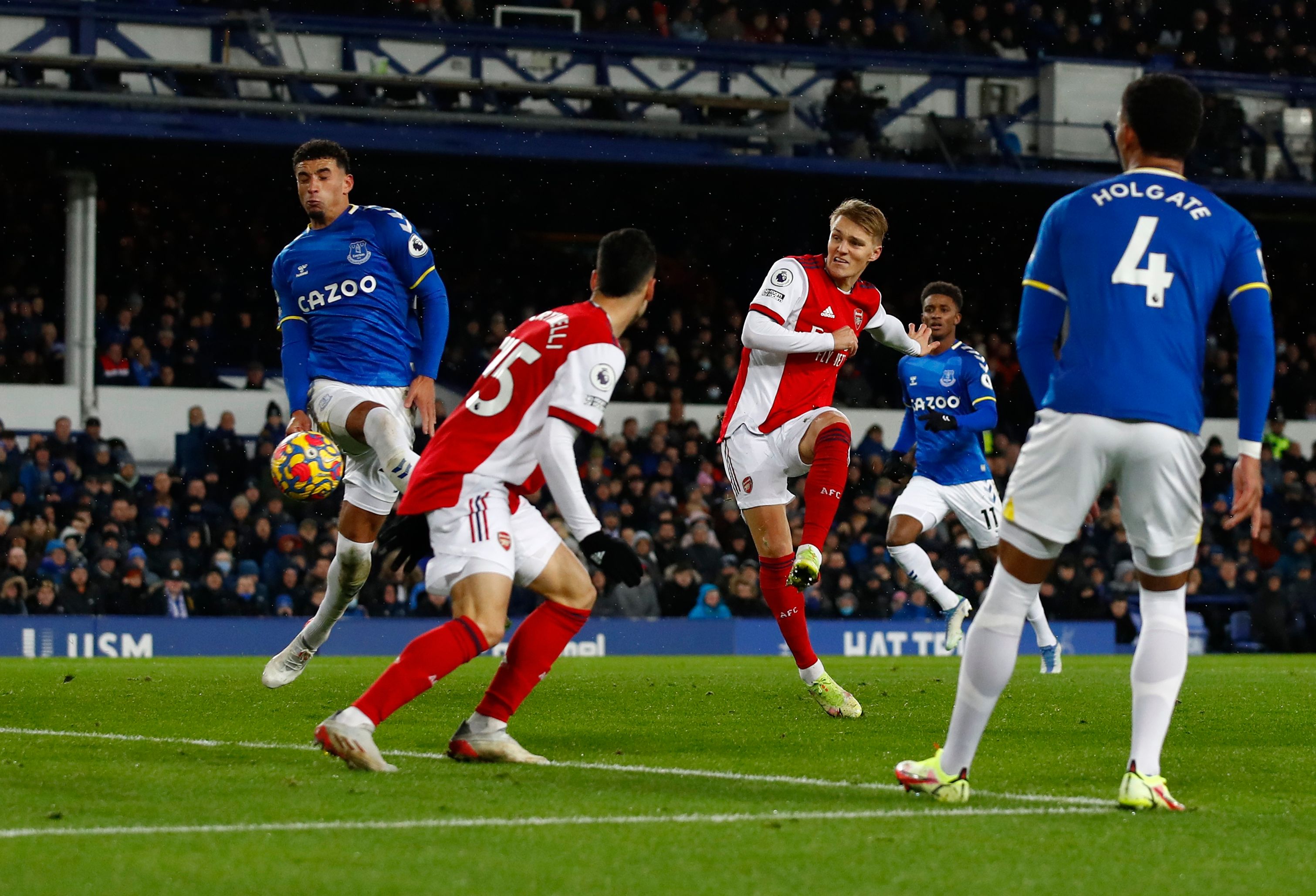 Was a winning runner throughout, often moving centrally to support his striker with Tierney offering width, just like for the goal.

His selfless run distracted the defenders, allowing the space in the area for Odegaard to score.

Limped off after going down with 20 minutes left.

Leading the line and leading the team, Lacazette was handed the armband as Pierre-Emerick Aubameyang.

But for a man trying to play for a new contract, was barely involved in truth – although not helped by a lack of service.

Got clattered with a challenge on the ankle which clearly hurt then minutes later failed to keep the ball in possession then keep tabs on Richarlison who headed in.

Did his Arsenal future absolutely no favours by missing a shocking header from a yard out – somehow hitting the back post instead from Saka's cross.

Came on for last few minutes and fluffed his lines with the last kick of the game. 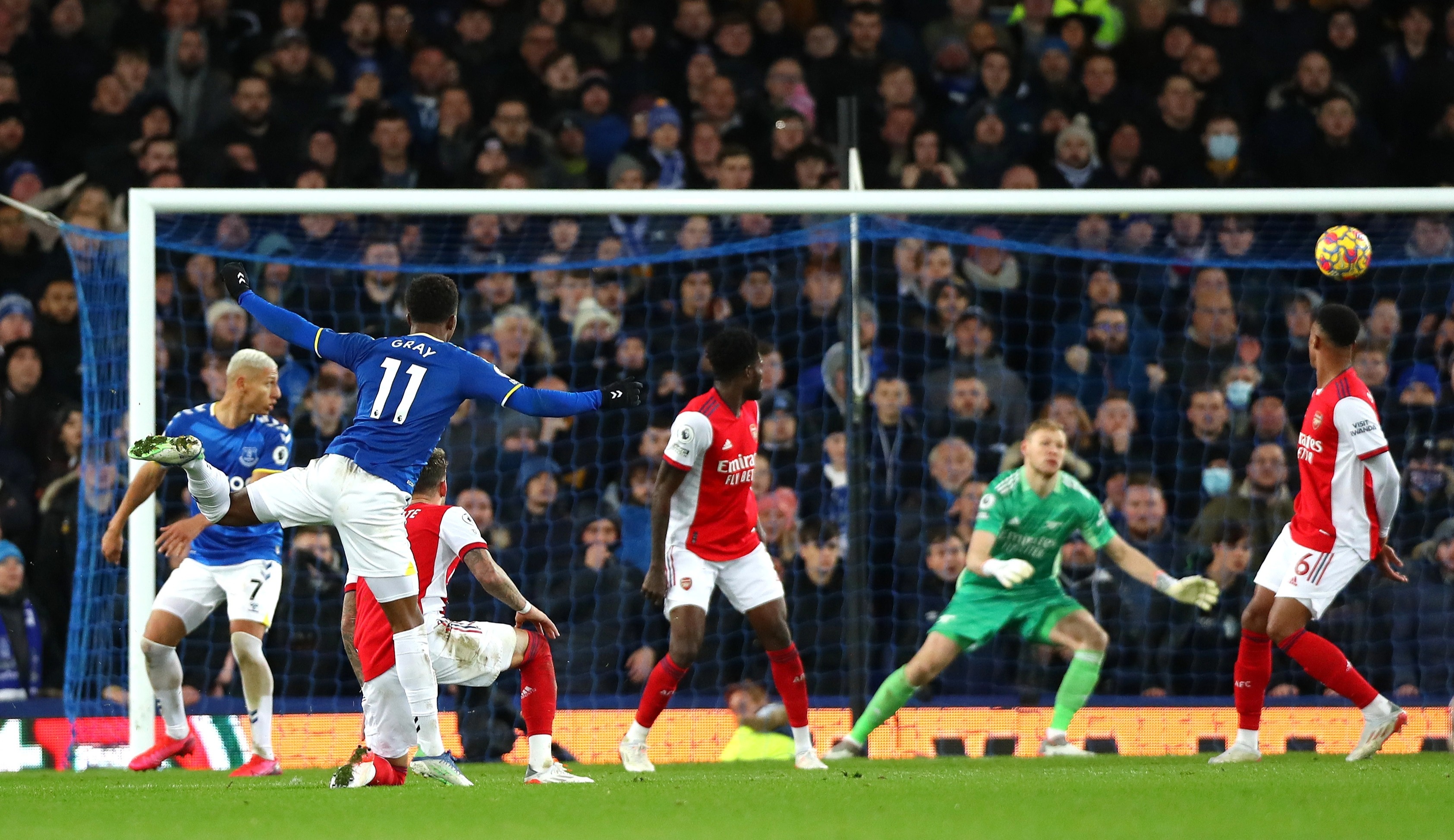 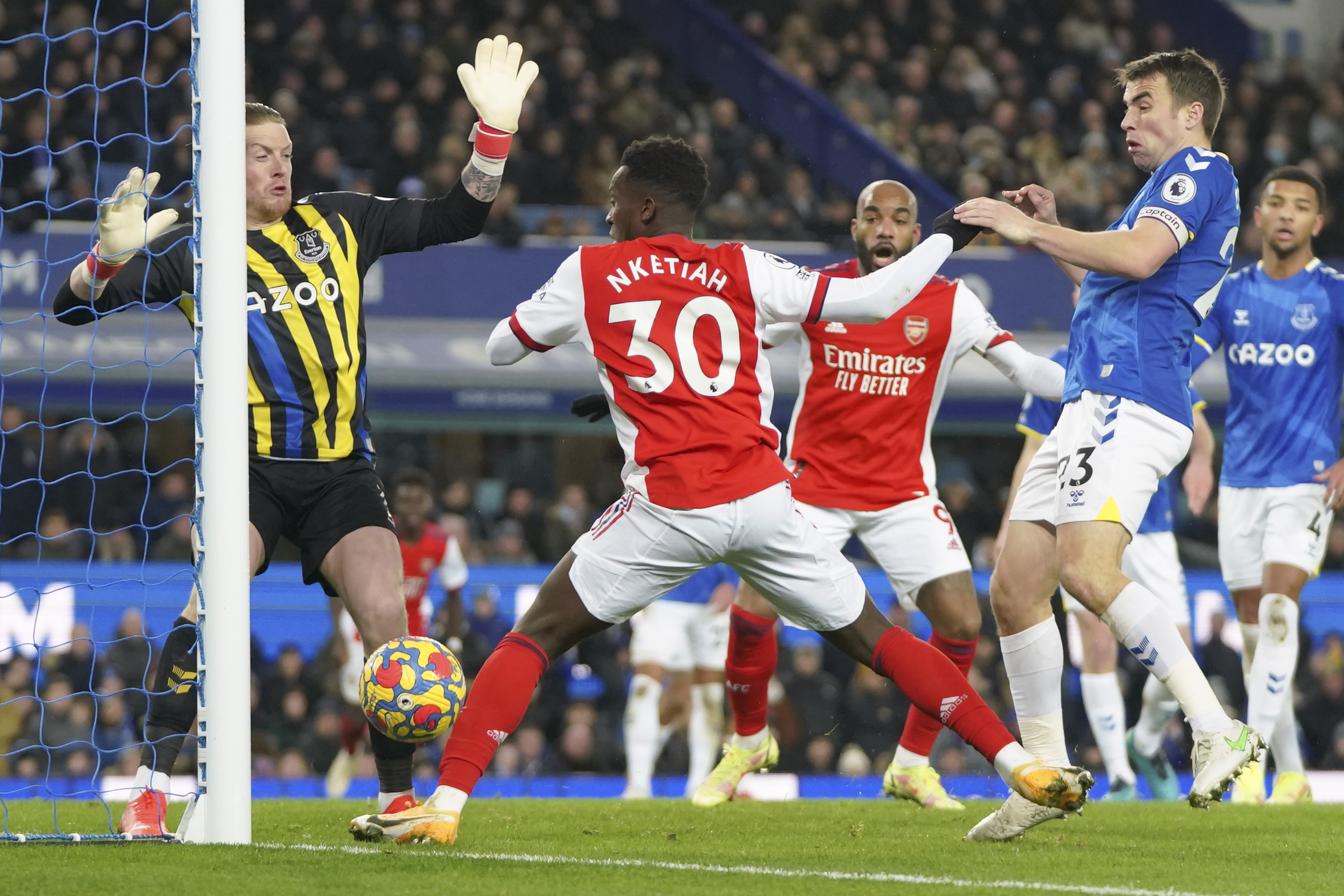