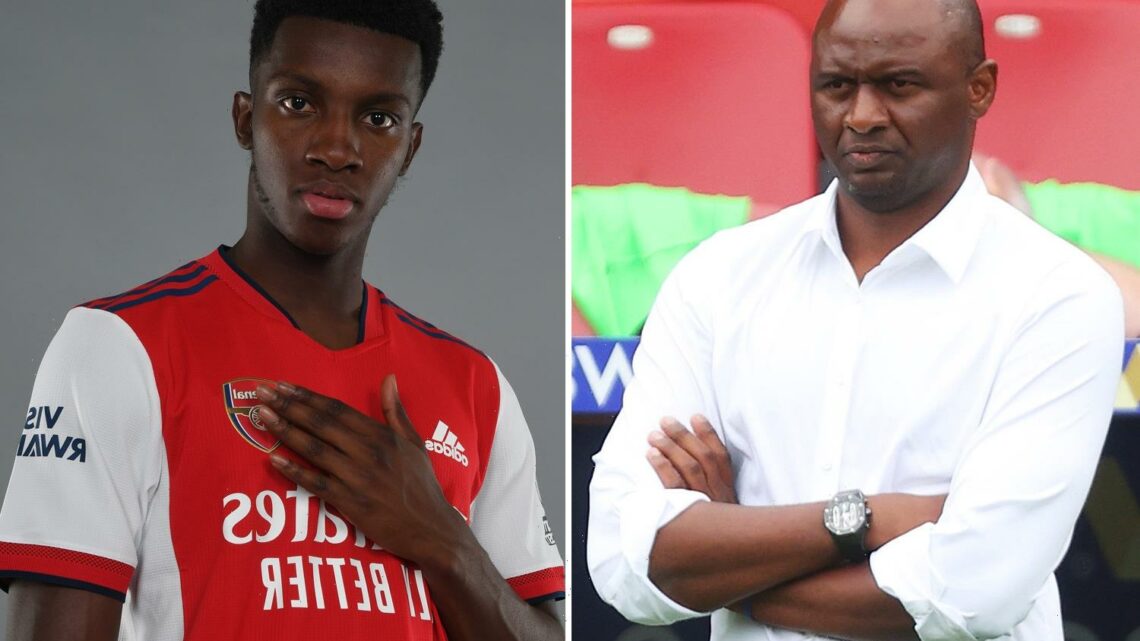 PATRICK VIEIRA is planning a late summer swoop for Eddie Nketiah in a bid to beef up Crystal Palace’s attacking ranks.

The Athletic claims the Eagles gaffer is set to rival an unnamed German side for the services of the Gunners striker. 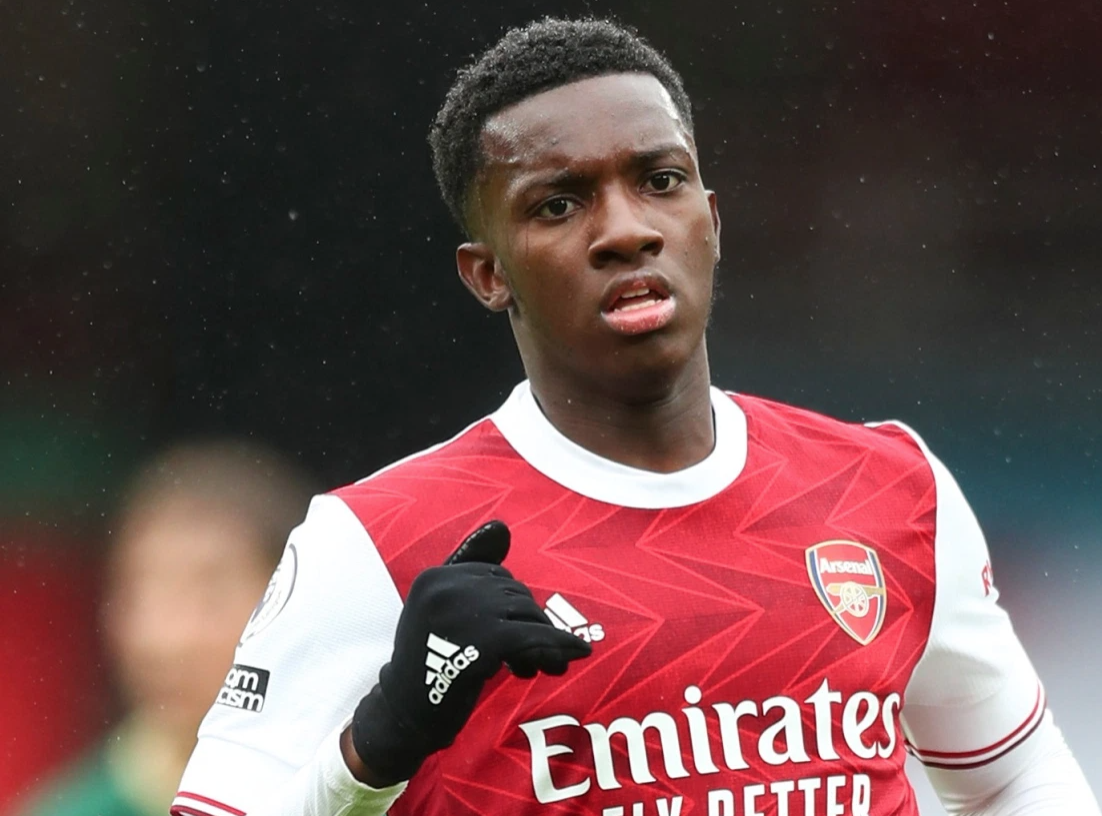 Nketiah, 22, who has been sidelined by an ankle injury, has ten months left on his current contract which expires in June 2022.

Reports claim the player, who captained England at the Euros Under 21 Championships, is yet to commit to a contract extension with the North London outfit.

The Athletic reports the Emirates side, who face West Brom in a league cup clash before a daunting trip to Man City, are keen on agreeing to a new deal with the forward.

However, it is thought the efforts of the club, who suffered disappointing losses in their first two Premier League clashes this term, have been fruitless so far.

Crystal Palace, who face West Ham in the Premier League next, are undergoing a squad rebuild under new manager Vieira.

The ex-Gunners skipper, 45, who won three Prem titles with Arsenal, has so far spent around £45million bringing in six new young and experienced players.

So far the club, who enjoyed a decent pre-season, are yet to score a goal in the Prem this term.

Palace are reported to be ready to pay around £10m for Nketiah who netted six times in 29 appearances across all competitions last season.

And Prem rivals Brighton were also thought to be keen on a swoop for the starlet but saw their offer of a deal for Nketiah rejected.

It is claimed a German side are also willing to offer a similar fee in a race for the London-born forward’s signature.

The unnamed club are thought to have had two approaches rejected with the Gunners keen on getting £20million for their promising starlet.

However, Mikel Arteta’s side run the risk of potentially losing Nketiah on a free transfer should they fail to agree to a new deal with the player, or sell him before June next year.

The player, who spent the first half of 2019-20 term on loan at Leeds, scored five goals in 19 games for Marcelo Bielsa’s side.

And the starlet has netted 13 times for the Gunners in 65 appearances for the Emirates club.