Maia Wilson, the Northern Stars and Silver Ferns shooter, introduces the Stars, shares their ambitions for their 2020 ANZ Premiership season and reflects on finding her confidence on the international stage.

“The Robinhood Northern Stars are a bunch of underdogs, and we actually sort of like that title. We’re nitty gritty, physical and I guess as a team, we love to have that banter between each other.”

At the time of speaking to Wilson, there was still a week and two days to go before the ANZ Premiership competition restarts inside Auckland’s Netball Centre. Yet, she was delighted as if it was happening later on that day.

Wilson’s energy jumped through the screen. It was infectious and her feelings of joy will be shared by every member of the six ANZ Premiership franchises in New Zealand.

Netball is finally returning in the Southern Hemisphere. Soon, they might also be able to play in front of crowds and perhaps even at their home venues, with the country moving to COVID-19 Alert Level 1.

With the Vitality Netball Superleague having called time on its 2020 season, and Suncorp Super Netball not commencing until August 1, the eyes of the netballing world are fixed on the home of the world champions.

The Central Pulse, with the likes of Karin Burger, Ameliaranne Ekenasio and Katrina Rore, are the defending champions after they pipped Wilson’s Stars in the Grand Final last season.

Walking away from a Grand Final without the title hurts, however the shooter was proud of the Stars’ efforts and believes that it was a “massive step” for the franchise.

“In the previous years, we had basically been on the bottom,” she said. “So, coming from the bottom to the top, was an awesome achievement.

“We proved that we’re really here to compete and we are able to win.

“We only lost the final by four goals to a team that had dominated throughout the whole season. We’re going to come out ready and raring to go [again].” 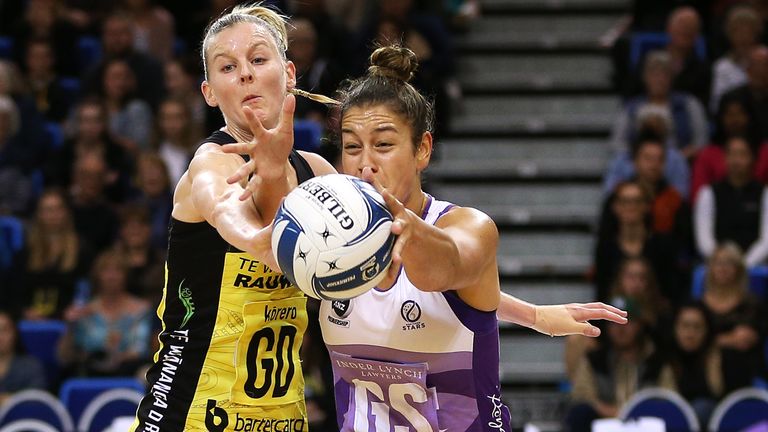 We’re physical and as a team, we love to have that banter between each other. We’re very strong on our core principles of fano – family.

The Stars are back in full training and will take their first steps towards the Final Series on August 23 with back-to-back matches in Round Two. On Sunday, live on Sky Sports, they will partake in a Grand Final re-match before a meeting with the Tactix on Monday.

“The netball gods in New Zealand decided to give us a double-header on weekend one! Our bodies may not necessarily be ready for it… but why not just get thrown in at the deep and see how it goes?!”

Back in March, before the competition was suspended, Wilson attacked Round One with considerable vigour and confidence. The assurance in her own play came as a result of a “coming of age” campaign in the black dress of the Silver Ferns during the Vitality Nations Cup. Wilson scored 151 of New Zealand’s 250 goals in the competition, finishing at 91 per cent accuracy, and gained her first full 60-minute game for the Silver Ferns.

“I felt like Nations Cup brought out a lot of inner confidence in myself and my playing ability on the international stage,” she reflected.

“That’s something that I hadn’t had before. In the Nations Cup, I feel like I’d put my foot in the door and said that I’m a really good option in this GS position [now Maria has retired].

“I need to take that confidence forwards, knowing that I can be an amazing player when I put myself to it, and take a leadership role within Northern Stars.

“My job is to get the ball, turn, shoot, put it in that hoop and I know that I can do that.”

Maia Wilson on the support of Dame Noeline Taurua

I felt like Nols had the 100 per cent confidence in me to put me out there, and to know that someone so amazing, who is so knowledgeable in all things netball, has the confidence to put me out on court and give me a starting spot [it’s such a boost].

One element which all netballers will be wresting with this weekend, due their enforced absences away from courts, will be match sharpness.

Shooters will be under an even brighter spotlight in that regard and Wilson almost had a major hurdle in her way; the lack of a post.

“A lovely neighbour of mine actually had a spare post in his backyard that his daughter would use. He kindly gifted it to me for lockdown,” she said.

“I was so thankful; I’ve baked him some goodies but I don’t know how to do any more to say thank you! As a shooter, it’s such a crucial position, and not being able to shoot for eight weeks would have been awful.

“Our local netball courts were shut, but the risk of going to a public hoop as well was a bit nerve-wracking. For myself, I was really fortunate to have had that post, I must take it back this weekend!

“You freak out as an athlete that you do all of these actions on the daily and then somehow, it’s not there. Are you going to remember how to shoot? Is the technique, right?

“Sometimes if I haven’t shot in a while, I mix old and new techniques. Fortunately, it hasn’t gone too AWOL. My shooting hasn’t been too bad back at training, so I think I’ll say it’s because of the hoop.” 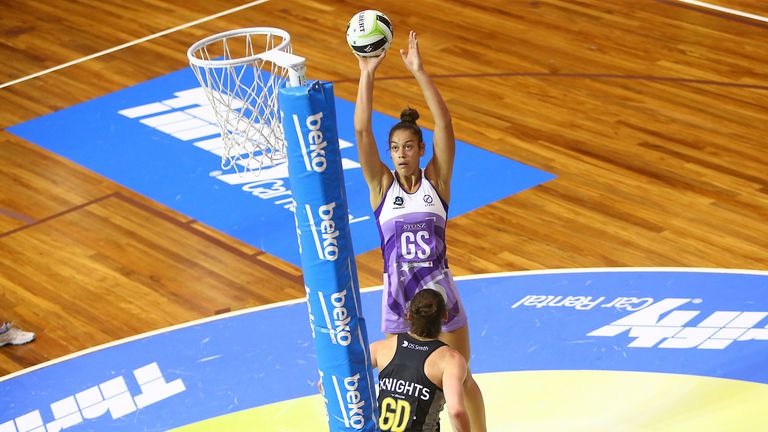 When it hasn’t been in your life for a while though, you start to miss it. You really have that appreciation for the sport, your teammates and everyone involved in the game.

As a collective the Stars came out of lockdown with players hitting personal bests on their fitness elements and in positive spirits, despite enduring a third pre-season! From a personnel perspective there has been movement between seasons, and the Stars have the greatest number of new signings in the competition.

Leana de Bruin, Kayla Cullen and Temepara Bailey have all stepped away from playing roles, taking with them a wealth of experience, but Wilson isn’t concerned by the amount of change.

“Every year that I’ve been in this team since its inception in the ANZ Premiership, we’ve had people come in and out. So, that’s nothing new to this side. There’s a core of us who have been around for a while and we’re able to get those connections together.

“We’ve got Grace Kara (nee Rasmussen) who has just come back from having a baby. She’s a Silver Fern WA in her own right so it’s amazing to have that leadership come in. We’ve got some youthful faces who are now going to be able to have opportunities and really strive to get out on court. Our team is very competitive and I guess, it’s a bit of a headache from a coaching perspective as to who is actually going to get the starting positions. We’ll all know that if someone isn’t playing right, there’s another person on the bench who is raring to go.

“It’s going to be awesome in that sense in terms of there being so much internal competition to get out on court.”

So, what of the Stars ambitions? After such a disrupted start to the new season and with new faces in their ranks, what are their expectations for 2020?

“It’s a whole new slate for everybody. The team that’s going to win is the team that had, a nitty gritty sort of attitude [during lockdown].

“They got out, they did the work and have come back in a really good state. I’m really proud with how our team has come out of it.

6am Man Utd news LIVE: Rashford to continue to fight for school meals, Ndidi to replace Matic, Pogba set to be on bench – The Sun