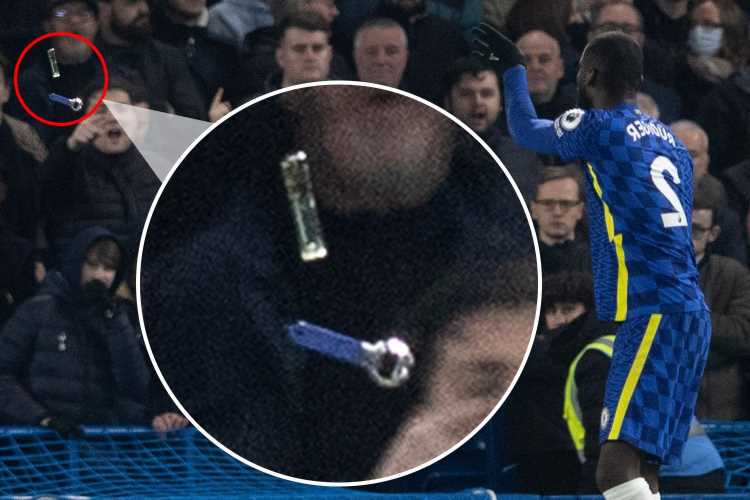 The Blues defender appeared to be struck by missiles in ugly scenes involving a section of away supporters. 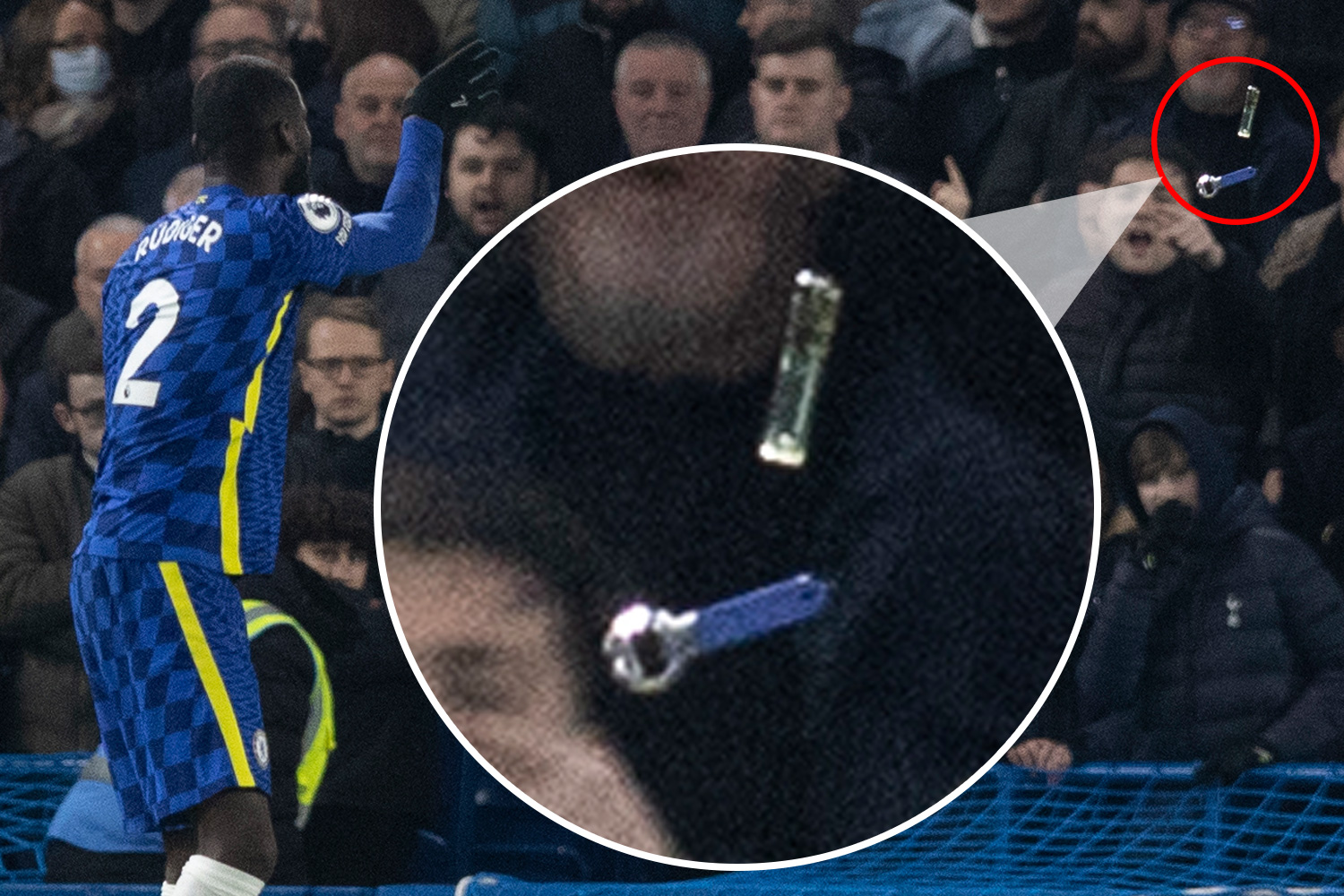 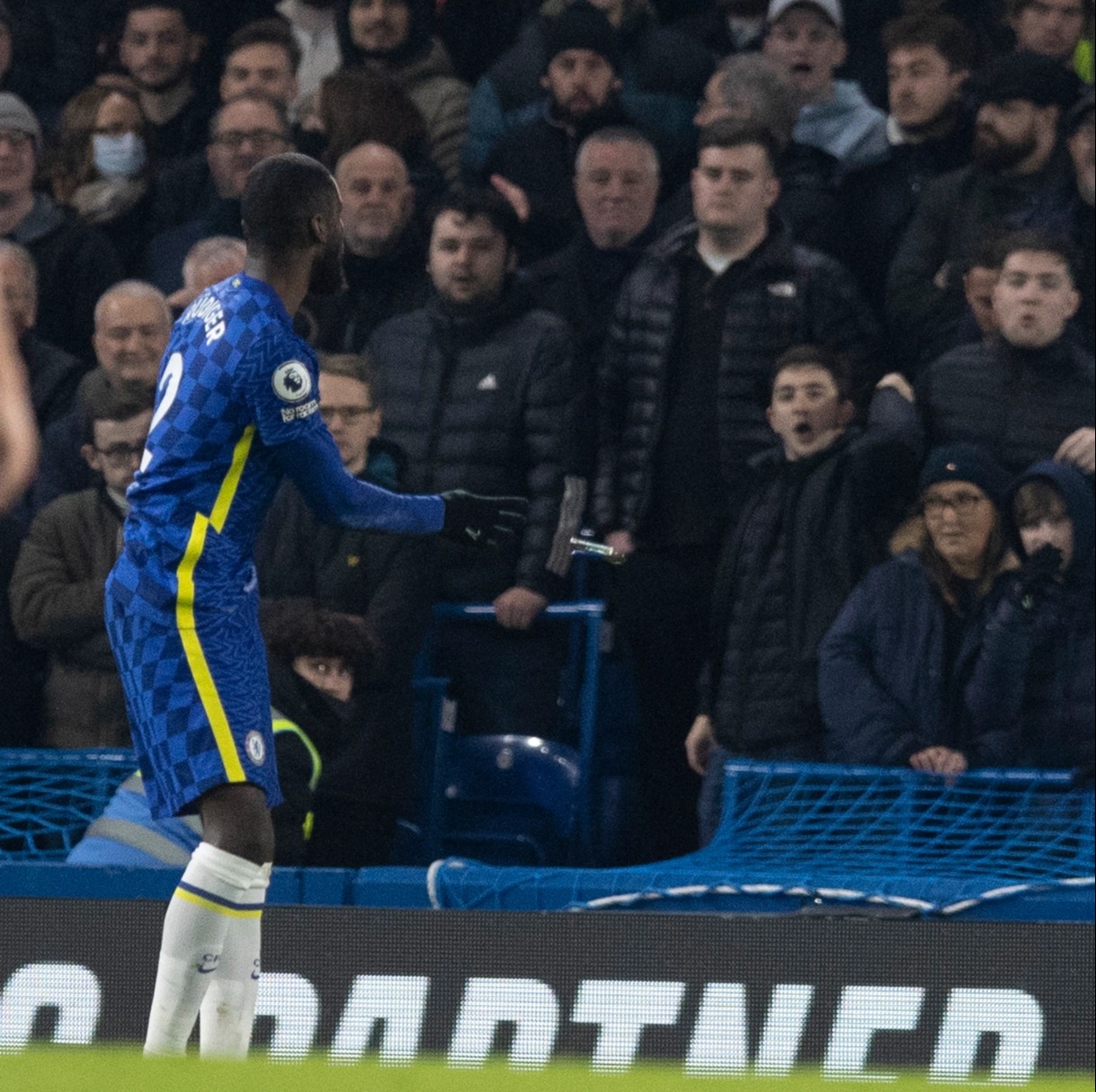 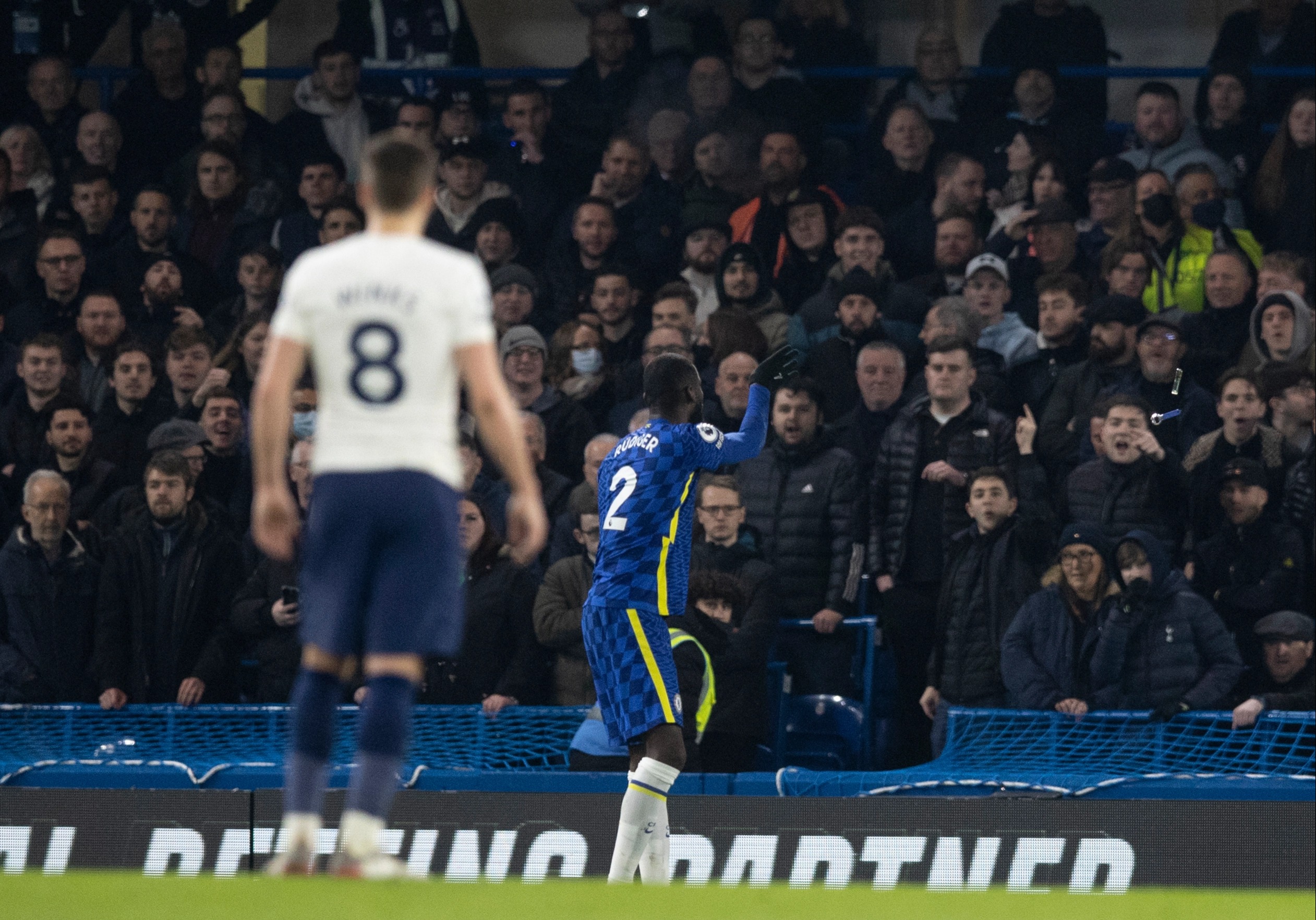 The incident follows similar crowd trouble as Aston Villa claimed a 1-0 win away at Everton on Saturday.

Villa’s Matty Cash and new signing Lucas Digne – who joined from the Toffees earlier this month – were struck by bottles lobbed from the home support.

Several plastic bottles were hurled towards the pitch as the visiting stars celebrated Emi Buendia’s headed goal at Goodison Park.

Rudiger appeared to be targeted by Spurs fans in a fiery London derby.

The Germany international could be seen turning towards away fans as an object was thrown in his direction.

A Spurs spokesperson said: "With regards the Rudiger incident, we will work with Chelsea to review the footage and take any appropriate action."

It came as Rudiger's Chelsea side closed out a 2-0 victory in the day’s late kick-off.

Hakim Ziyech opened the scoring after the break with a left-footed screamer from the top of the box.

The first-half ended goalless but was marked by a series of tetchy incidents.

And minutes later Harry Kane saw a goal ruled out for what looked like a soft push on Silva in the build-up.

Police search for missing girl, 10, who vanished outside school in Suffolk