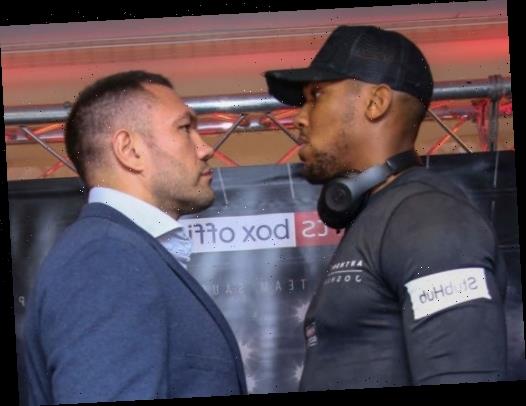 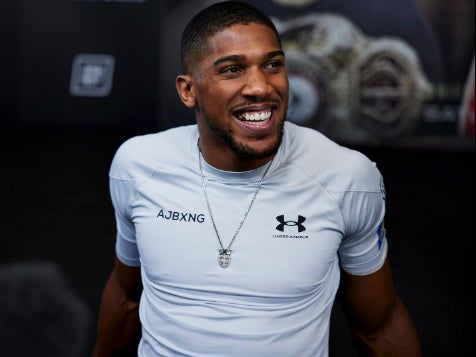 Trainer Robert McCracken had to rein Joshua in this week, with the champion sparring on Wednesday and eager to do the same on Thursday before being told he was not allowed.

While the 52-year-old later confirmed it was more “technical, touch stuff”, it increases the feeling the Olympic gold medallist is determined not to underestimate the IBF mandatory.

Joshua added: “The body can get soft easy. You’ve got to stay switched on, shots coming at you, gauging distance, feeling different shots. I want someone in the ring imitating Pulev, so that’s good.

“It’s just keeping your eye in. I could hit the pads, but they don’t hit back. The heavy bag doesn’t move, having a live opponent in front of you, moving your legs, it becomes second nature.

“The best thing I can do is do in the ring what I need to replicate on Saturday and think this is normal. The ring here is tiny so I’m going to get into the ring on Saturday and I will have loads of space to do my job, so these kind of things are important for you body-wise.”

READ MORE: How to watch Joshua vs Pulev this weekend

On Wednesday, Joshua did two of his eight rounds of sparring with the head guard off, but McCracken added: “It’s for the tippy tappy stuff, not the open sparring. When you do the open sparring the headguard’s got to stay on!”

Promoter Eddie Hearn admitted Joshua had appeared “edgy” in the week, with plenty of talk ahead of this fight about a potential twin-meeting with Tyson Fury in 2021.

The WBC holder confirmed on social media he would not be attending “any boxing this weekend” and Joshua’s trainer stated it has not even entered their mindset, with Pulev their only focus.

“If you don’t concentrate and you look to what you’ve got in four or six months, you’ll slip up and future huge fights will never materialise,” McCracken said. 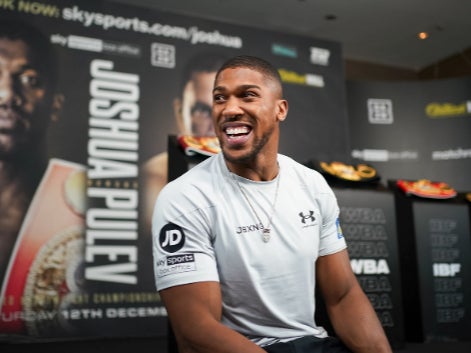 Joshua has not fought in the ring for a year

“It’s the same for Tyson as well. He’s got to make sure that if they eventually box that he stays unbeaten as well. It’s very tough heavyweight boxing – they are always one punch away from disaster.

“But he’s trained long and hard for this one. He’s taken Pulev deadly serious, most days there’s been two boxing sessions a day and he’s enjoyed it.

“He’s looking forward to the fight and is in a good mood, and that’s really key when he comes out of a camp.”

Barbara Windsor’s relationships: Inside the iconic star’s marriages and incredible romance with Scott Mitchell as he pays tribute