Home » Sport » Another Lee to the fore for Malaysia 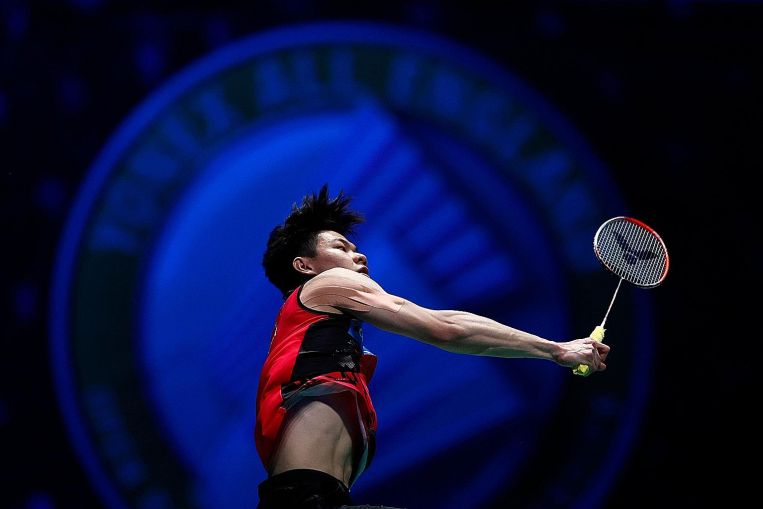 Another Lee to the fore for Malaysia

BIRMINGHAM • “A star is born” and with those remarks from a television commentator working the All England Open final, Malaysia’s Lee Zii Jia announced his entry into an elite club of badminton champions yesterday.

The 22-year-old beat defending champion Viktor Axelsen of Denmark 30-29, 20-22, 21-9 to claim his first All England crown, emulating his hero and compatriot Lee Chong Wei, who went on to claim the prestigious title four times, the last being in 2017.

It is Lee’s second World Tour title, with his first coming at the 2018 Chinese Taipei Open and he is also the fourth Malaysian to win the men’s singles title.

In yesterday’s final, the pair went toe to toe in the first game, with Axelsen struggling with his serve but the Malaysian unable to string more than two consecutive points late on, eventually clinching it only when he was the first to reach 30 points.

Lee dominated the second game, with the Dane looking fatigued at points after being taken the distance in the semi-finals by compatriot Anders Antonsen.

But just when he looked down and out, Axelsen clawed his way back from an 18-14 deficit to clinch the game and send the match into a decider.

The third game saw Lee continue his fine attacking display with Axelsen, who had held a 3-1 advantage over the Malaysian in the head-to-head stats, eventually running out of steam.

In the women’s final, Japan’s Nozomi Okuhara beat Pornpawee Chochuwong of Thailand 21-12, 21-16 to lift her second All England crown.

Okuhara, who was playing her third Thai opponent in three days, was in complete control throughout the match, reported the Olympic Channel.

The Rio 2016 bronze medallist also signalled that she will be among the favourites at the upcoming Tokyo Games with yesterday’s victory making it two World Tour titles she has captured since the sport returned following the Covid-enforced hiatus last year.

The 26-year-old had also won the Denmark Open last October, which ended a two-year title drought for her.

“I’m very happy to be the All England champion again! I wanted to play the same in this final as in my other matches, but I wanted to play my shots to the back higher which worked very well.

“It’s her (Pornpawee’s) first time in the final of the All England, I think she felt a little bit of pressure,” said Okuhara on the Olympic Channel.

“Five years ago, I won here and there was no pressure. This time I’m in the top five players in women’s singles so that changed things. But my overall play is now at a higher level so I am very happy.”

With all three doubles finals being all-Japanese affairs, Okuhara’s victory meant that Japan claimed four of the five titles on offer.

With the tournament not counting towards Olympic qualification, leading badminton teams China, South Korea and Taiwan had opted not to travel because of Covid-19 restrictions.

Indonesia were forced to withdraw from the tournament after a passenger on their flight to Britain tested positive for the coronavirus.

Kehlani Responds After Kaalan Walker Claims She Aborted Their Baby