ANDY RUIZ JR reckons he is the third best heavyweight in the world behind Anthony Joshua and Tyson Fury.

The Mexican-Amercian slugger revealed his top five fighters in the division but there was no place for Dillian Whyte who he has beef with. 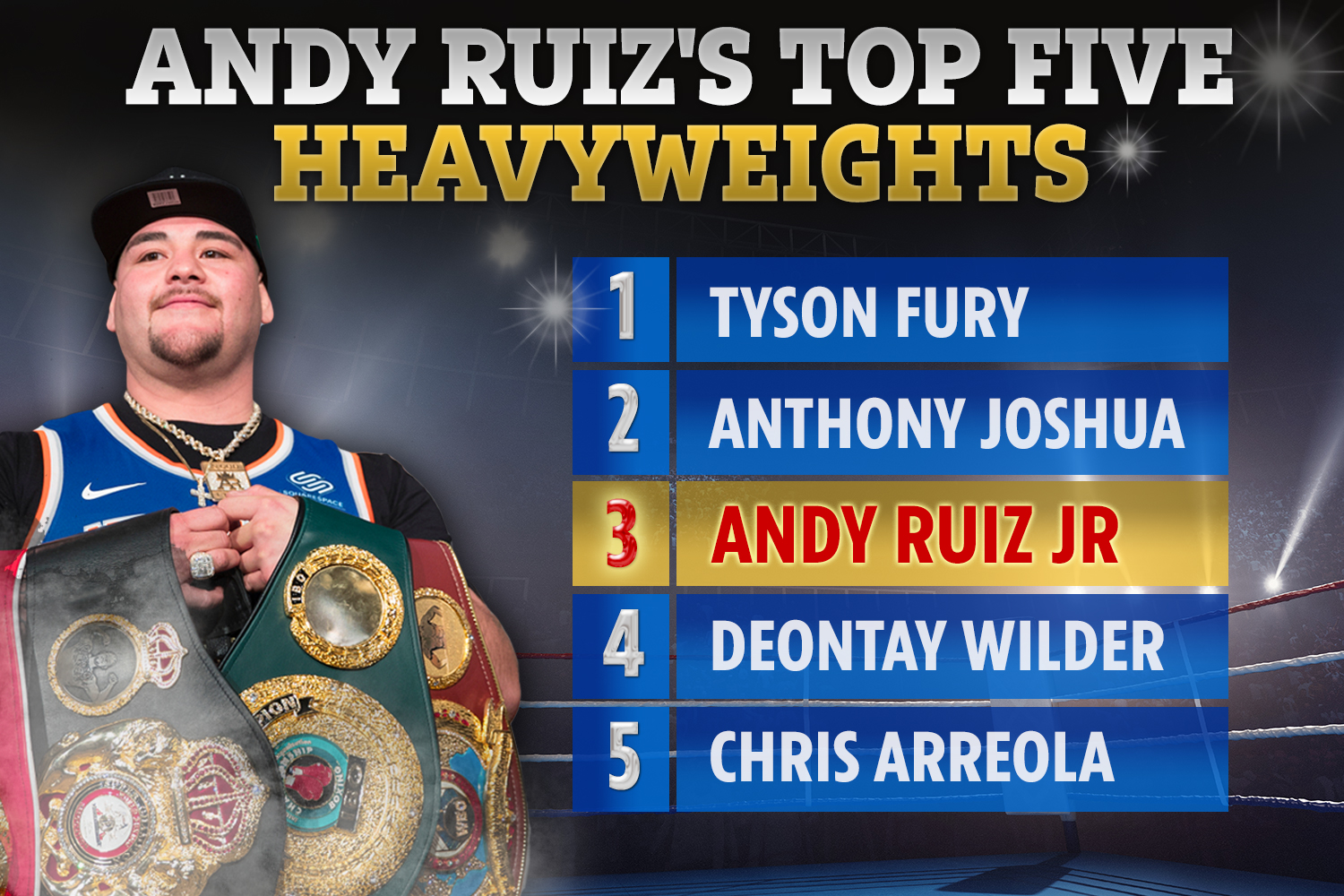 Ruiz is the only man to have ever beaten Joshua during the Brit's pro career.

And he also reckons AJ can beat Fury in the upcoming Battle of Britain – if he adopts an aggressive approach.

But he still only ranks Joshua second behind the Gypsy King – perhaps because he recently linked up with Fury in Las Vegas.

Ruiz told Fox he rates himself as the third best in the world ahead of his comeback fight against Chris Arreola on May 1.

American power puncher Deontay Wilder comes in at fourth and bizarrely he named Arreola as the final member of the top five.

Whyte forced himself back into world title contention in March when he knocked out Alexander Povetkin in his must-win rematch.

But his exclusion should come as no surprise to fight fans with him and Ruiz hardly on good terms.

Ruiz faces 'the Nightmare' Arreola in what will be his first outing since losing his rematch against Joshua in December 2019. 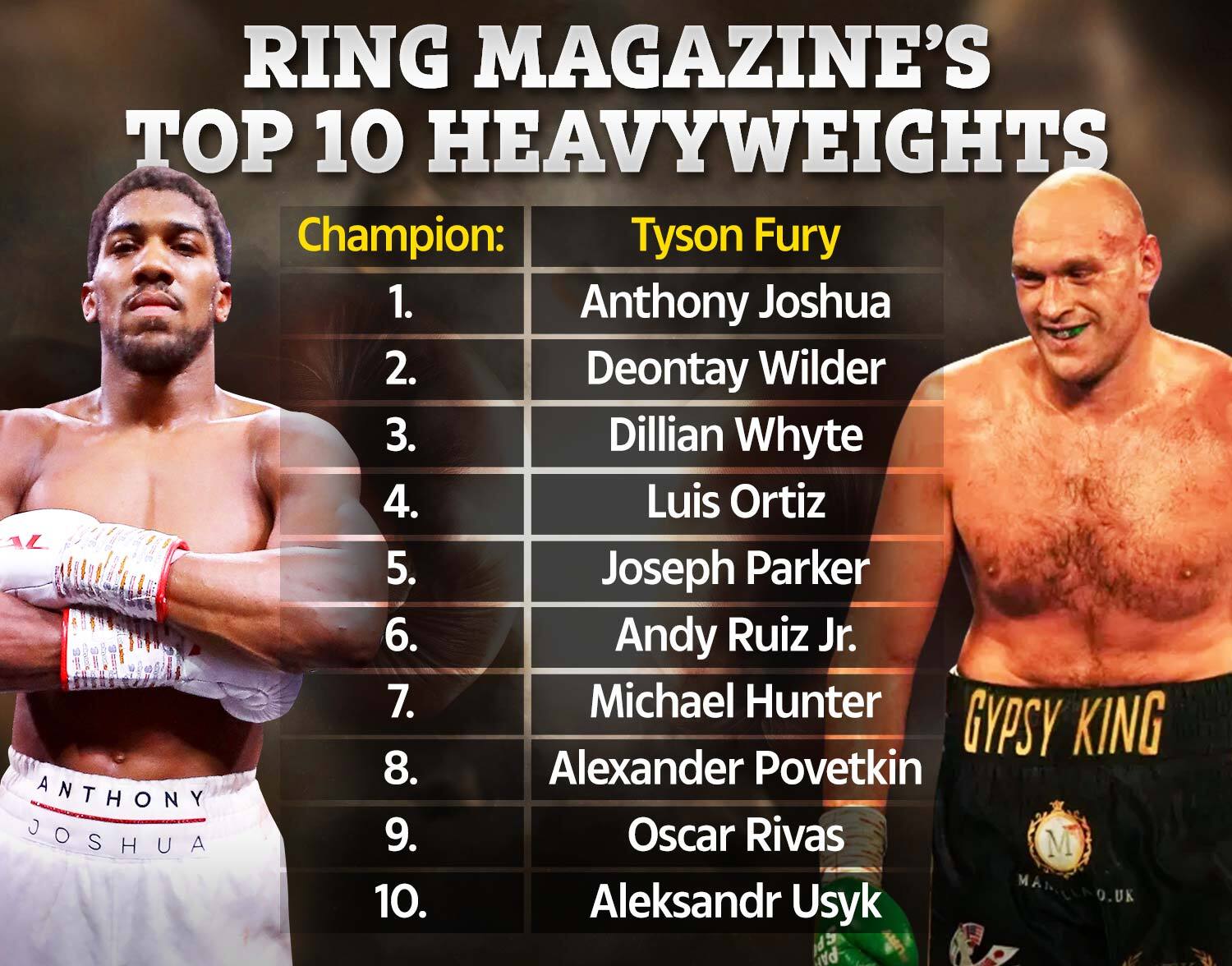 And he is looking in great shape for the dust-up after shedding two stone since linking up with new trainer Eddy Reynoso.

Should he emerge victorious, he could face Whyte at the end of the year, with Eddie Hearn revealing to SunSport that a fight could materialise.

But the Body Snatcher has labelled the Areola bout a 'garbage' fight.

Speaking to Sky Sports, Whyte said: "A strategic comeback fight. It's a fight that's going to make him look good.

"If he was fighting Chris Arreola a few years ago, people would be like, 'No, that's a garbage fight.' Now it's the same, if not worse.

"He was a decent fighter in his heyday but he's been retired for two years since losing to Adam Kownacki.

"It's a good strategic move from his team, him coming back and he'll bash Arreola. 'Andy Ruiz, yeah he's back, and he's motivated, and he looked so good.'