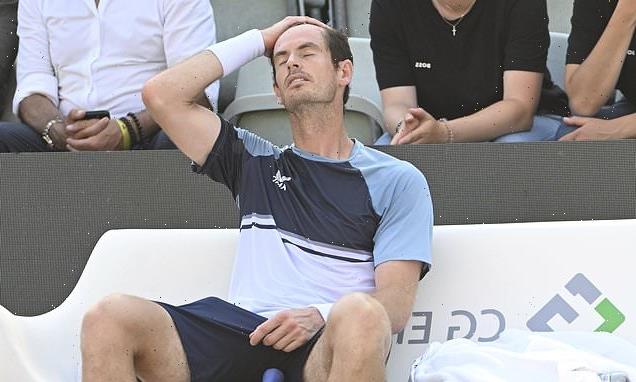 Just when Andy Murray appeared to be coming to the boil ahead of Wimbledon came a reminder about the fragility of his 35 year-old frame.

Moving with a sprightliness of old, beating top ten players on grass, reunited with Ivan Lendl, he has been showing that few know more about playing on grass than he does.

And then came an injury scare, shortly after he had broken last year’s Wimbledon runner-up Matteo Berrettini to send the final of the Stuttgart Open into a final set. 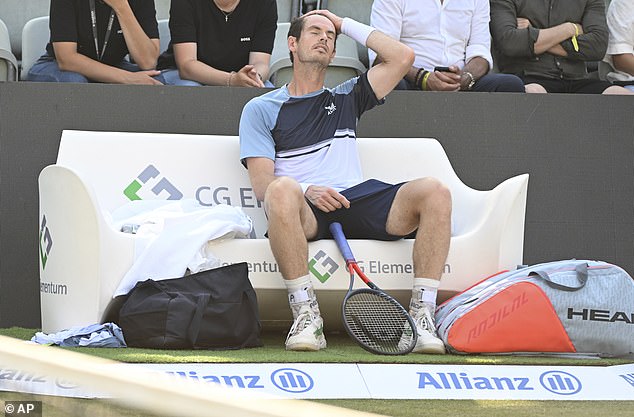 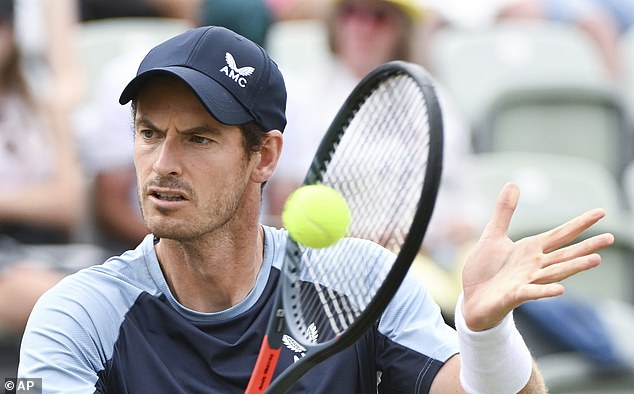 Later reporting that he felt pain in his abdomen, he was reduced to serving at half pace as he went down 6-4, 5-7, 6-3 to a player sure to be a genuine threat at SW19.

Murray called for the tour physio after being broken at the start of the deciding set, and then in the middle of the seventh game when he was trailing 2-4.

That was enough to strike dread into all those who have been encouraged by his recent form, kindling hopes that he might yet be able to launch another of those stirring runs at the All England Club.

Instead he is likely to have a scan first thing on Monday morning ahead of what is supposed to be a first round outing against Italy’s Lorenzo Sonego at Queen’s Club.

‘I got some pain in my ab when I was serving, not something I have ever had before,’ he said. ‘So I don’t know. I need to get it checked when I get home.

‘I played Thursday through Saturday last week and then Thursday through to Sunday here. So it is probably normal that I would feel some stuff in my body but I don’t really know the severity of it. I’ll need to get it checked out, hopefully it is alright.

‘It has been a good week, not the way I wanted to finish, I felt I was playing well enough to win, and got myself into a really good position going into the third set. A frustrating end to what was a good week.’ 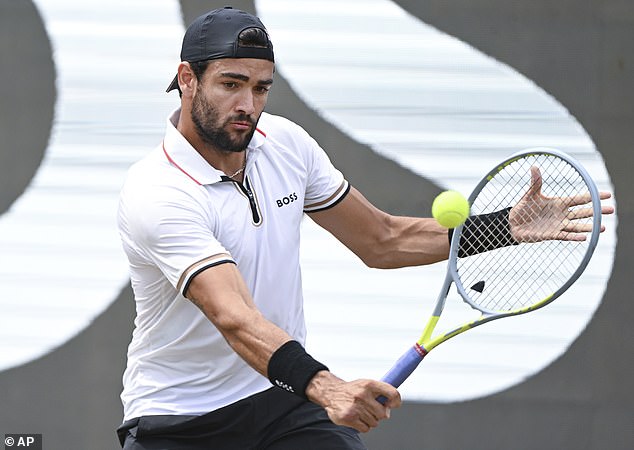 In the immediate aftermath he was unsure about the severity of any issue. He had soldiered on to the end in what might have been case of valour winning out over discretion.

As he observed, with last week’s semi-final at Surbiton he has put his metal hip-infused body through a heavy workload, so it is natural there would be some stress.

‘This is the most matches I have played in two weeks since probably 2016,’ he said. ‘It’s a really long time. I have played nine matches in 14 days.’

High up in his mind will be the desire to get a seeding at Wimbledon. After Sunday he is likely to be around 47 in the rankings and, with the absence of banned Russians at SW19, the threshold is likely to be about 37 to avoid the best players in the early rounds.

Now he will need to make at least the quarter finals at Queen’s to have a chance of that – and even in the best case scenario he is due to meet Berrettini again in the second round.

Murray has geared his season around giving himself the best shot on the grass, and will meet up with old mentor Lendl in in London this week.

Irrespective of Murray’s situation was the evidence of what a talent there is Berrettini, who became a huge crowd favourite at Wimbledon when gave Novak Djokovic a proper challenge in last year’s final. 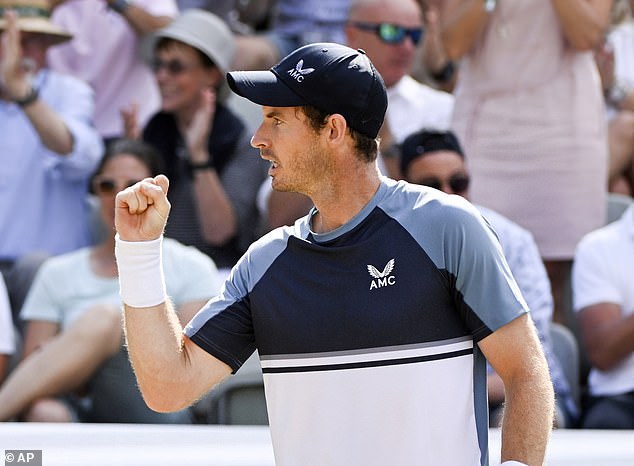 The Italian has had injury woes himself, and is only just coming back after minor surgery on a ligament in his hand that kept him out of the clay court season.

The strapping Roman’s trademarks are his huge serve and forehand, which also saw him defeat Cam Norrie in last year’s final at Queen’s.

He showed he has plenty more than that with his touch and dropshots that rarely allowed Murray to settle, even before the onset of the problems that afflicted him early in the third set.

Berrettini broke early in the first and had points to go a double break up at 4-1. In the second set he had three break points at 4-4. It is ironic that if he had taken them then Murray could have gone down without doing himself any damage.

The Wimbledon finalist sent it into a decider when he played his one really poor game of the match at 5-6 in the second. A double fault contributed to him being broken to love to make it a three-setter.

The full extent of how much Murray has hurt his chances of recapturing former glories on Britain’s grass courts is likely to emerge in the next 24 hours.