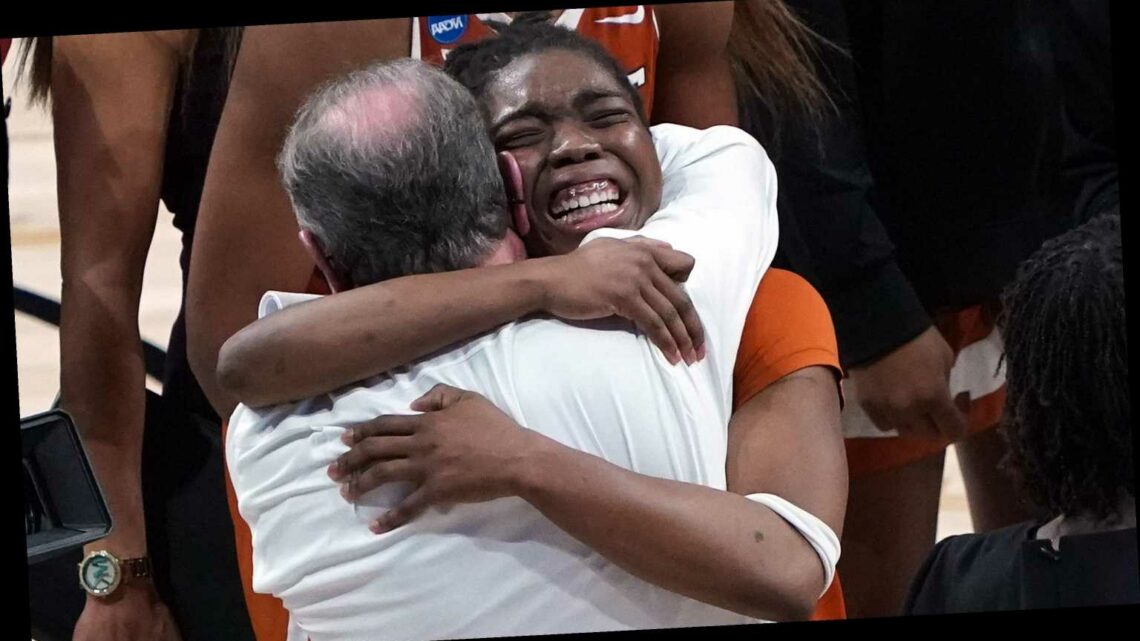 Analysis: How Longhorns pulled off biggest upset in women’s NCAA Tournament so far

Maryland, the top-scoring team in women’s basketball all season, would have sold plenty of tickets this year had fans been allowed in arenas. But on Sunday night in the Sweet 16, it was defense (a steal by Lauren Ebo, which turned into a Kyra Lambert layup, which put Texas in front 61-59 with 44 seconds left) and rebounds (Texas turned 11 offensive rebounds into 13 second-chance points) that helped the sixth-seeded Longhorns pull the biggest upset so far of the 2021 women's NCAA Tournament. They knocked off second-seeded Maryland 64-61.

Texas ended the game on a 7-2 run. The Longhorns advance to play top-seeded South Carolina in the Elite Eight on Tuesday. The winner will go to the Final Four.

Maryland, which came into the tournament playing as well as any team in the country, looked out of sorts most of the night. The Terrapins shot 40% from the field, but just 23% (5-of-22) from deep. They turned the ball over just 11 times, but Texas turned that into 17 points — including the go-ahead layup. And they had no answer for Texas star Charli Collier, the likely No. 1 pick in the 2021 WNBA Draft who finished with 16 points, 11 rebounds, one block and one steal. 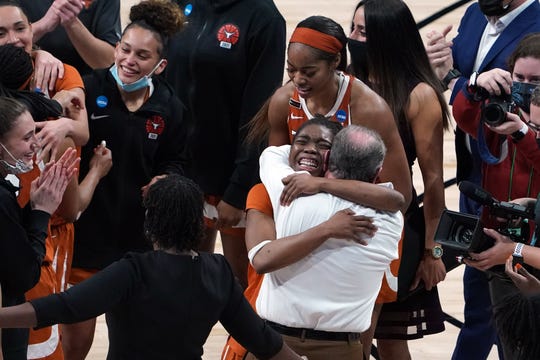 Maryland plays in a conference that’s often criticized for not playing defense. Defense wasn’t the Terps’ problem Sunday night, though — it’s that they were uncomfortable all game. They didn’t respond well to physical play from Texas, and looked surprised to be in such a close contest.

There was obvious confusion, too: With 23 seconds to go, Texas hit one of two free throws to go up three, 62-59. Maryland got the rebound but didn’t call timeout, and rushed a shot at the other end despite having plenty of time to get a good look in rhythm.

It’s one of the biggest wins for Texas coach Vic Schaefer, who came to Austin in April 2020 after a successful stint at Mississippi State that included two regular-season SEC titles, two trips to the Final Four and one shot heard round the world. His hiring signaled to the college hoops world that Texas, once a power in women’s basketball, wanted to be taken seriously again in a conference long dominated by Baylor. Everyone knew he’d build his program with defense.

It’s just that no one thought the big wins would come so early.

The Best Wired Earbuds for Running and Exercise