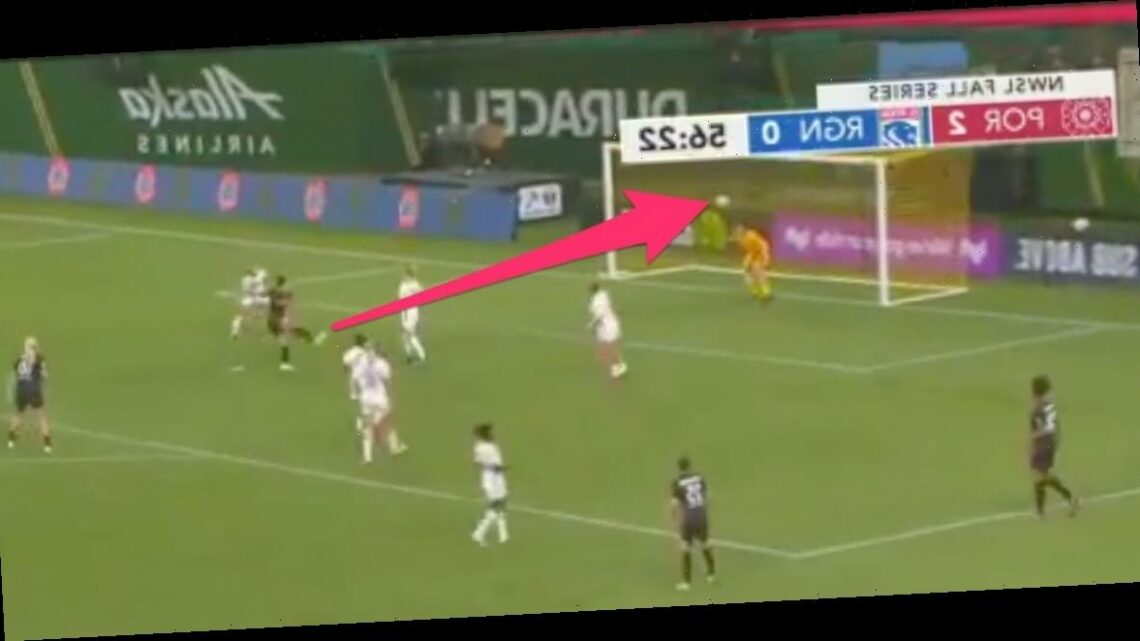 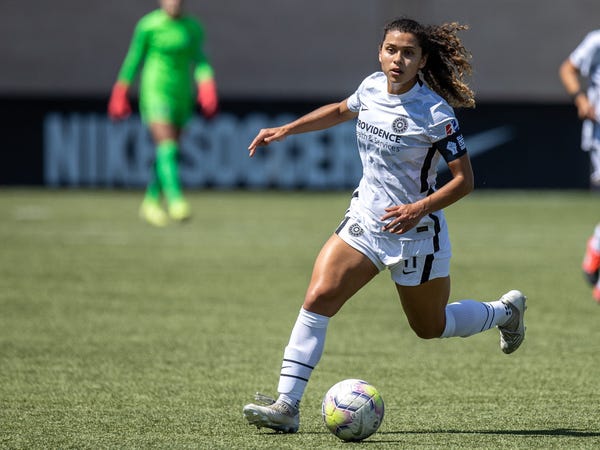 Rocky Rodriguez's first goal for the Portland Thorns was nothing short of stunning, and the Costa Rican superstar knew it before the ball hit the back of the net.

In the 57th minute of the Thorns rivalry match against the Seattle Reign at Providence Park Wednesday night, Portland striker Simone Charley beat her defender and delivered a cross from just outside the box. Rodriguez connected on the other end, launching a left-footed one-touch volley from the penalty spot past the outstretched hands of Reign goalkeeper Michelle Betos to extend the Thorns' lead to 3-0.

Rodriguez's suave celebration was arguably just as impressive as the golazo itself; she did her best impression of NBA sharpshooter Steph Curry, who regularly runs up the court before his signature three-pointers fall through the net. The newly-minted Portland midfielder turned around and threw her arms out wide before her impressive strike had soared into the goal.

"I'm gonna try to describe it in words because I think that the best description is my reaction," Rodriguez said, reflecting the goal to the media after the game. "That's a dream goal that you would want to score, not only in Providence Park but your first goal with the Thorns. What a special night for me and, of course, for the team as well."

"When you score like that, you just have to celebrate that with your teammates," she added.

Rodriguez spent four seasons with New Jersey-based NWSL club Sky Blue FC before getting traded to Portland in January of 2020. A bona fide star in her own right, Rodriguez has since been instrumental in leading a 2020 Thorns squad that traded away Midge Purce and lost USWNT standout Tobin Heath to Manchester United in the fall.

Alongside Canadian icon Christine Sinclair and USWNT star Lindsey Horan, Rodriguez has helped Portland to the top of the standings in the NWSL's Fall Series — including an eventual 4-1 victory Wednesday night. And even though the club has played its entire 2020 slate without its infamous "Rose City Riveters" fanbase present at games, Rodriguez told the press that scoring a goal on her new home turf at Providence Park was one of her objectives for the year.

"I set myself a personal goal to hopefully be able to score in my new home field this year, and I only had like two chances," Rodriguez said. "It meant a lot to me to be able to contribute for the team, and that goal is just so much fun. That's the kind of goal that you enjoy double."

Rodriguez and the Thorns will play two more matches before completing their Fall Series schedule. They'll take on the Utah Royals at Rio Tinto Stadium in Sandy, Utah, on Saturday before traveling to Washington for a rematch against Seattle the following week.

Who Is 'Emily in Paris' Star Lily Collins and What Else Has She Been In?
World News