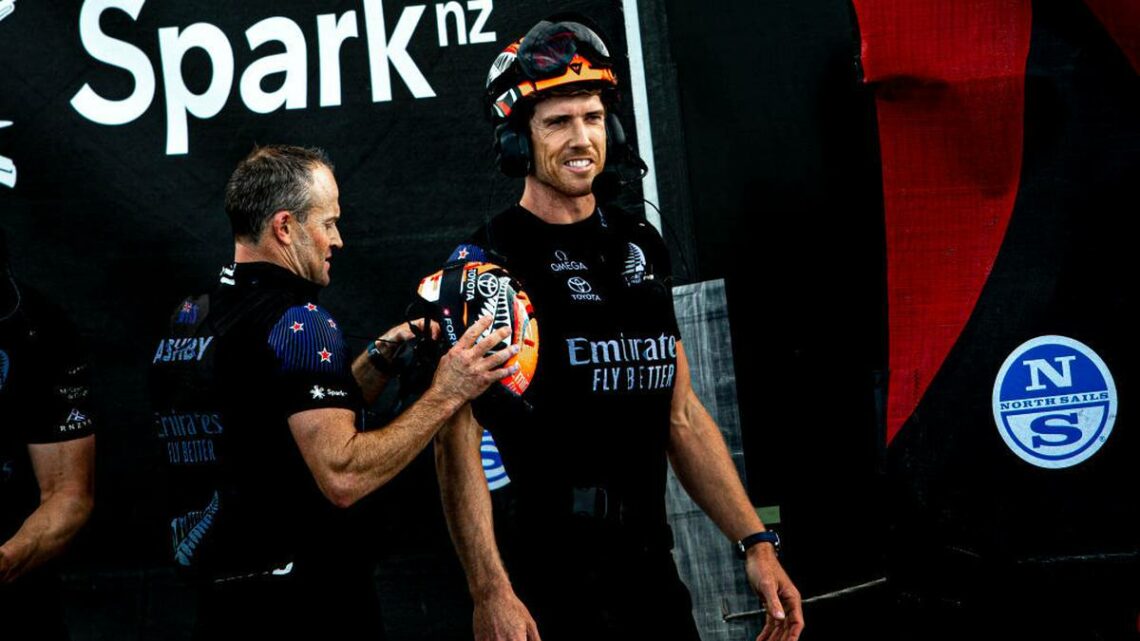 Team New Zealand helmsman Peter Burling admits he thought there was no way back in Monday’s epic second race against Luna Rossa.

The Kiwi syndicate trailed by two kilometres – equivalent to more than four and a half minutes – halfway through the race, sat marooned in the water as they watched the Italians fly up the course.

In light winds Team New Zealand’s gamble on a complicated gybe halfway down the second leg had backfired, and they crashed off the foils.

They eventually got going again but faced a huge deficit and while the team never gave up, it felt like the die was cast.

“We gave them a pretty good opportunity and we really needed a mistake from the Luna Rossa guys,” reflected Burling. “We didn’t really think it was going to happen…. but [sometimes it’s] better to be lucky than good.”

Team New Zealand kept on sailing – in hope more than real expectation – then watched the Italians mess up their final tack before the third gate, in admittedly tricky conditions.

“For us as a team we just kept fighting on,” said Burling. “It was a pretty amazing effort by the whole team, especially the grinding group, to get our boat back up on the foil, even when we are four minutes behind or something and just keep charging forward.”

“We all knew it would just take one mistake by Luna Rossa to end up off the foils, and then as soon as we overtook them we knew that it would be one mistake by us and they would take us again.”

“So [it was] definitely the more tense side of racing, when you know every manoeuvre is super critical to keeping your boat on the foil and if you do fall off, you might not be able to take back off.”

Flight controller Blair Tuke agreed that the race, which seemed to stop the nation on Monday evening, was one of the most dramatic moments of their storied careers.

“It is certainly right up there, to have such big lead changes,” said Tuke. “To have the boat so close to the edge of foiling, adds to the drama. For Pete and I, I guess we have had a few of those here on the Hauraki Gulf, we had some close ones in the 49ers (world championships) a year ago.”

The unexpected turnaround means the Italians are on the precipice at 3-5 down, needing to win at least one race today to stay alive and four of the last five to take the Cup. But Burling is adamant the equation – or Team New Zealand’s approach – doesn’t really change.

“I don’t think the pressure ever comes off, until you have done the last race,” said Burling.

“We were pretty happy to come away with the win – it’s not often you end up that far behind and Luna Rossa was sailing incredibly well in the first half of that race. We just managed to get one opportunity and get our foot back in the door.”

Heading into the Cup racing?

• Give yourself plenty of time and think about catching a ferry, train or bus to watch the Cup.

• Make sure your AT HOP card is in your pocket. It’s the best way to ride.

• Don’t forget to scan QR codes with the NZ COVID Tracer app when on public transport and entering the America’s Cup Village.

Here’s what Michelle Obama has to say about Meghan Markle, Prince Harry interview