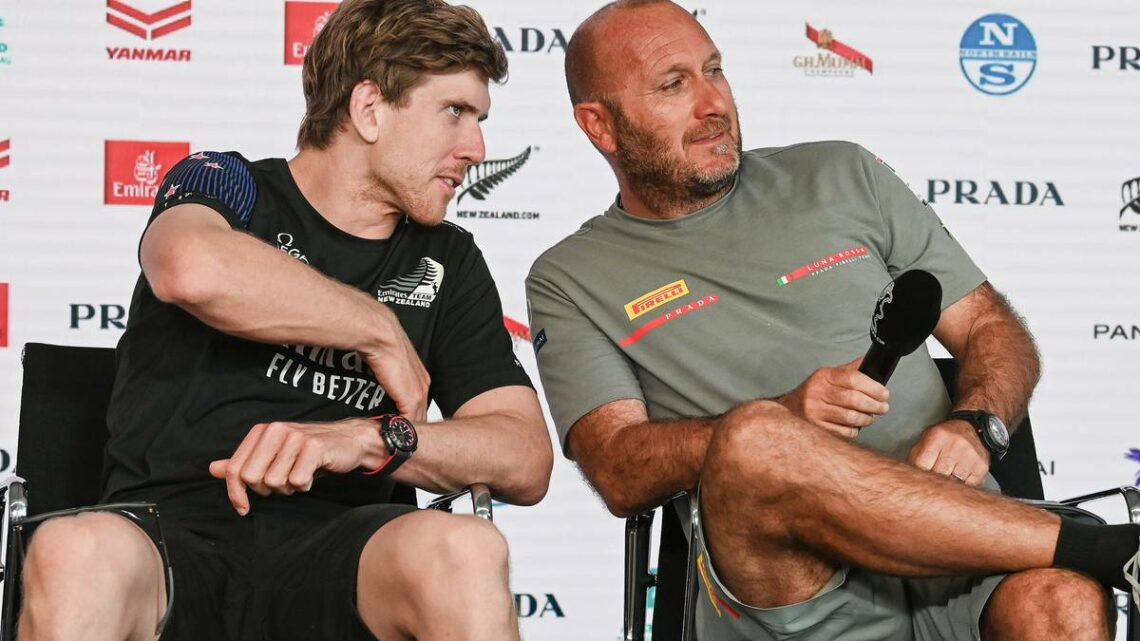 It looks like early weather advantage to the challengers two days out from the America’s Cup.

Luna Rossa will be greatly encouraged by the predictions for the first day of racing.

The battle looks sure to commence on the outer harbour Course A. The general weather predictions – which tend to use the higher readings produced by various models – indicate 15 knots of wind. But more specific readings used by the racing fraternity suggest the winds will be lower than that on Wednesday.

The Italians will want a fast start to the best-of-13 series, which involves two races a day. And with unpredictable wind likely on Wednesday, the conditions look perfect for Jimmy Spithill and co. to launch a tactical blitz aimed at putting Team New Zealand on the back foot.

AUT sailing professor Mark Orams said Luna Rossa will be pleased with the predictions he has seen, of winds around 11 to 13 knots.

“These conditions are made for Spithill if he can get in front,” said Orams, NZME’s lead America’s Cup analyst.

“This wind direction is quite unstable sometimes coming off the land and sometimes along the coast.

“It is quite tricky tactically and also at the cross over for when the boats are fully powered up or looking for more power.

“TNZ will not be too concerned (but) the forecast is not in the slot where they are expected to have a significant boat speed advantage.

“It looks like there are going to be a lot of manoeuvres. Luna Rossa will want to get in front and defend like crazy.”

Heading into the Cup racing?
• Give yourself plenty of time and think about catching a ferry, train or bus to watch the Cup.
• Make sure your AT HOP card is in your pocket. It’s the best way to ride.
• Don’t forget to scan QR codes with the NZ COVID Tracer app when on public transport and entering the America’s Cup Village.
• For more ways to enjoy race day, visit at.govt.nz/americascup.