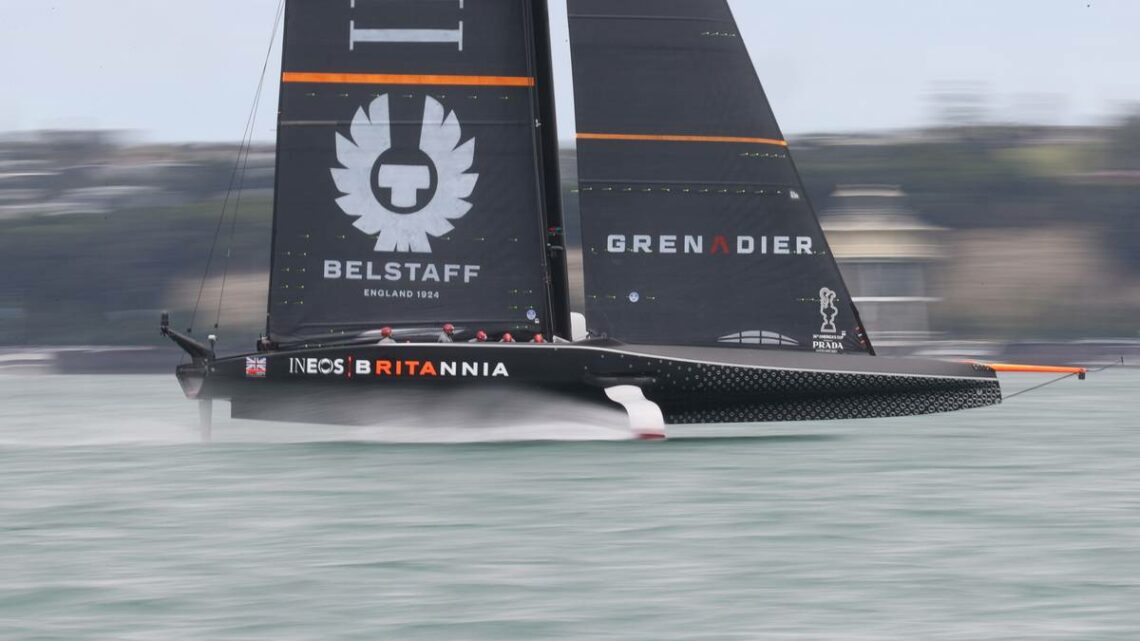 Helmsmen Sir Ben Ainslie and Jimmy Spithill will have the opportunity to play a postponement card ahead of today’s pivotal race between Ineos Team UK and Luna Rossa, if there are any further issues with the race management systems on board.

The new initiative has been brought in as a trial this weekend, with the aim of achieving the fairest possible race conditions before the start.

Spithill told media yesterday that Luna Rossa had been “flying blind” before the start of last Sunday’s race with American Magic, unable to access the timing data and course information provided by the race management system.

“We had significant issues,” said Spithill. “In that last race against American Magic we were blind; we had nothing. The only thing we had that was working was a $50 stopwatch timer. That was it.”

Data from the Race Management System, which is co-ordinated by the television production company, is provided to each boat via a racing information display (RID).

Race director Iain Murray was unable to confirm if the problems that Luna Rossa experienced last weekend were due to internal issues with their data on board, or a failure of the race management system, but hopes that the introduction of a delay card system will avoid repeats of such issues.

“Last Sunday the engineers of Luna Rossa and the engineers of data centre going back and forwards to figure out what the problem was,” said Murray. “Rather than me trying to adjudicate whose fault it is during the pre-start, we have negotiated for this weekend for them to have a card, to pull a card to delay the start.”

“[Last Sunday] we knew that RID was actually active on Jimmy’s boat, which means he can see the boundaries. Data can determine whether the information was reaching his boat or not. We proceeded with the race knowing that [Luna Rossa] had the data.”

Each boat is entitled to play their delay card once, up to three minutes before the start, if there are any unforeseen problems on board.

That will mean the start is delayed by 15 minutes, giving the team a chance to re-set systems and fix any other issues.

The same procedure was available in both San Francisco (2013) and Bermuda (2017). It hasn’t been available up until now in Auckland but will be used as a trial this weekend.

If either team uses their card today, they will have a chance to use another card on Sunday, provided the reason invoked for the delay can by validated by the regatta organisers after the race.

There have been various glitches with the race management system across this regatta, but Murray was confident they have been ironed out.

Course C will be used for today’s race. The forecast is promising, with Murray predicting a wind range of between 12 and 15 knots around the time of the scheduled 4pm start.

Aside from the clash between INEOS Team UK and Luna Rossa, there are two ‘ghost races’ scheduled for today, after the withdrawal of American Magic.

The British and the Italians will have to cross the start line to be awarded the point for their respective race.

If there is racing on Sunday, it’s expected that course D or E will be used.

Heading into the Cup racing?
• Give yourself plenty of time and think about catching a ferry, train or bus to watch the Cup.
• Make sure your AT HOP card is in your pocket. It’s the best way to ride.
• Don’t forget to scan QR codes with the NZ COVID Tracer app when on public transport and entering the America’s Cup Village.
• For more ways to enjoy race day, visit at.govt.nz/americascup.