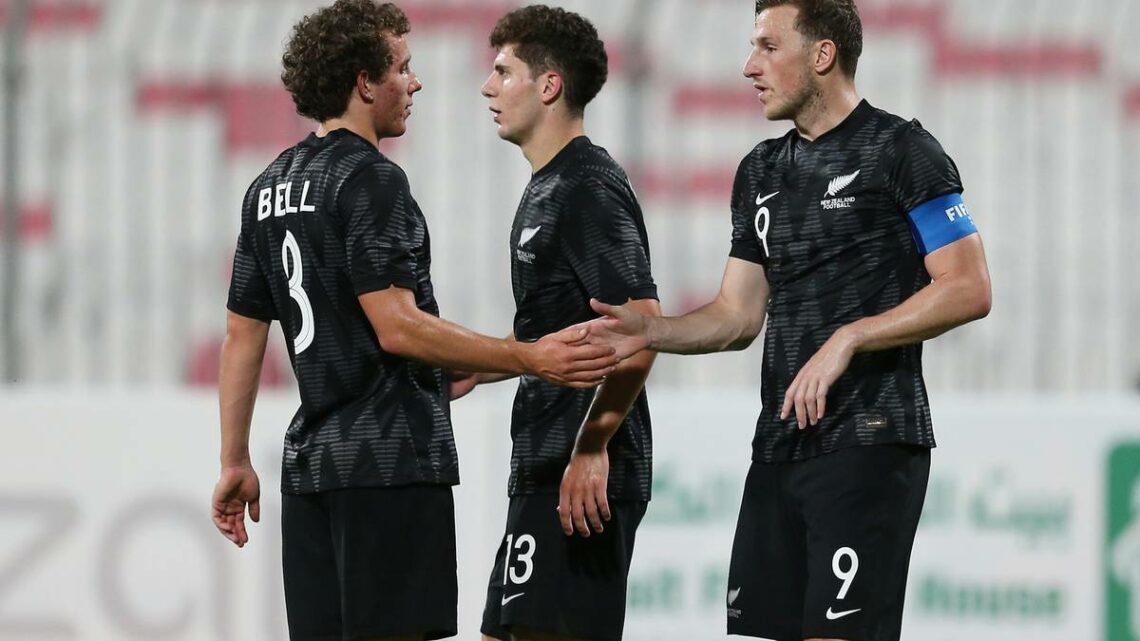 All Whites enjoy positive return with win over Curacao

The All Whites have enjoyed a positive return to the international arena, with an impressive 2-1 win over Curacao on Sunday morning.

After a hiatus of almost 700 days, it was a confidence boosting result, against the accomplished but erratic Caribbean team.

First half goals from Bill Tuiloma and Chris Wood gave New Zealand a buffer, and they were good enough to hang on to their advantage as Curacao came back in the second period.

It’s the first victory achieved in coach Danny Hay’s short tenure, after the defeats in Ireland and Lithuania in November 2019, and continues the momentum achieved during the recent Olympic campaign.

Like in Japan, New Zealand tried to employ a possession based style and press when possible, though it wasn’t straightforward in the hot humid conditions and on an unforgiving surface.

There was some neat football, with composure and clever triangles, though they should have capitalised more on a number of chances, especially in the first 60 minutes.

If anything, the All Whites were guilty of some impatience in the final third, looking for the killer ball when one more pass could have made the difference.

But the match ticked a lot of boxes; there was flair and finesse, then fight, from a youthful All Whites team. They probably should have been further ahead after the first hour, but then managed the game well in a challenging final 30 minutes.

Wood led the line well, while Liberato Cacace, Joe Bell, Sarpreet Singh and Tuiloma were other standouts in a strong team effort.

The All Whites made a positive start. Despite a spongy, uneven pitch at the Bahrain International stadium, they tried to play from the outset.

After missing the Olympics to focus on his club football in Germany, Singh made an immediate impact, neatly finding space in midfield, before releasing Wood, who mistimed his shot.

Singh was at the tip of a youthful midfield diamond, with Bell the anchor and debutants Matthew Garbett and Marko Stamenic out wide.

The quartet enjoyed some good early touches, linking well with Wood and Callum McCowatt up front, with Stamenic having an early sighter.

Both teams took a while to find their rhythm, but the All Whites were more effective early, with their aggressive pressing game disrupting the Curacao attempts to build from the back.

Their first goal was fortunate, but reward for good endeavour, as Bill Tuiloma’s well struck free kick from almost 30 metres was deflected past the goalkeeper. Since his days at youth level Tuiloma has always possessed a strong shot, and that power was key in his first senior goal.

That gave the All Whites confidence, as they displayed some neat touches and an ability – and willingness – to play their way out of trouble.

There were further half chances to Wood and Cacace, while Curacao, who had moments, struggled for end product.

Wood displayed his class in the 33rd minute with a fine left foot finish, dispatching McCowatt’s cross with aplomb, after Stamenic had won the ball up high. It’s never easy, with the ball coming across your body, on an unpredictable surface, but Wood made it look so, for his 25th international goal.

Curacao came to life late in the half, with Juninho Bacuna (Glasgow Rangers) and Leandro Bacuna (Cardiff City) finding some space and Stefan Marinovic called into action for a couple of stops, the second a fine point blank save at his far post.

After a mostly untidy, unstructured first 45 minutes, Curacao were a different side after halftime, looking more like the 79th ranked team on FIFA’s ladder. They adjusted their shape and had more time on the ball, as the All Whites sat deeper, unable to maintain the energy of their first half press.

That led to pressure, though New Zealand couldn’t extend their advantage, despite some half chances to Wood, McCowatt and Singh.

Veteran defender Tommy Smith was sent on, as the All Whites switched to five at the back, but the former Dutch colony should have equalised with six minutes to play, with Marinovic making a wonderful one on one save from Janga, after the striker was set free following a quick free kick.

Curacao carved out a couple of further opportunities – but nothing clear cut – while substitute Elijah Just scuffed a late shot.