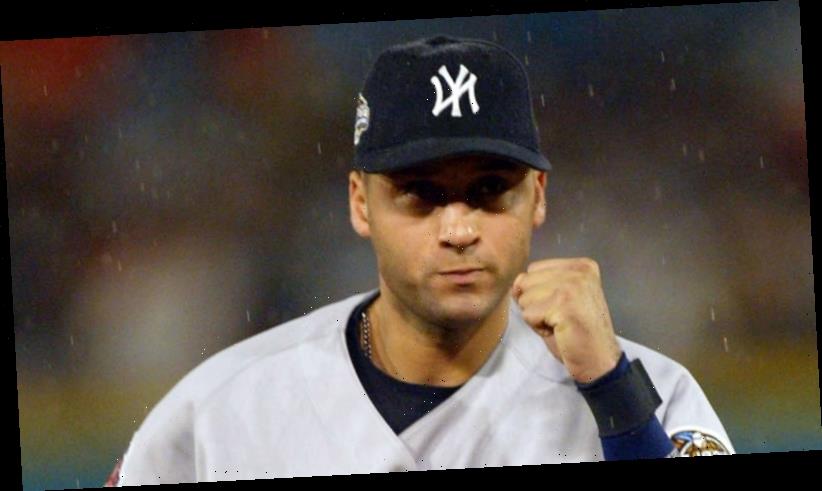 Derek Jeter, the face of five New York Yankees world championship teams, sailed into the Baseball Hall of Fame on Wednesday (AEDT), but the legendary shortstop fell just one vote shy of joining long-time teammate Mariano Rivera as the only unanimous electees.

Jeter, a 14-time all-star and the 1996 American League rookie of the year, was named on 396 of 397 ballots (99.7 per cent) submitted by 10-year members of the Baseball Writers' Association of America. 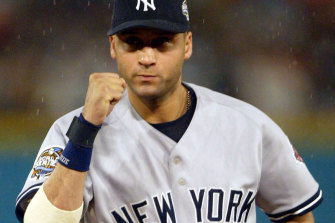 The Captain: Derek Jeter fell one vote short of being unanimously voted into the Hall of Fame.Credit:Getty Images

The 45-year-old was a slam-dunk electee in his first year on the writers' ballot, with the only drama surrounding whether he would join Rivera as a unanimous pick. He was polling at 100 per cent in vote-tracking of publicly available ballots this week, but one voter, still yet to be identified, apparently saw something lacking in Jeter's record – which included 3465 hits, eight top-10 finishes in league MVP voting and a stellar postseason record across 158 playoff games.

"I was pretty nervous," Jeter said on MLB Network. "This is something that's very difficult. You're talking about 1 percent of players who play baseball getting to the Hall of Fame. It's very humbling."

He will be inducted into the Hall at a ceremony in Cooperstown, New York, on July 26, along with slugger Larry Walker, who narrowly earned election in his 10th and final year of the ballot, with 304 votes, or 76.6 per cent – just above the 75-per cent threshold required for election.

Former catcher Ted Simmons and the late union chief Marvin Miller were elected by the Modern Baseball Era Committee on December 8, and will also be inducted in July. 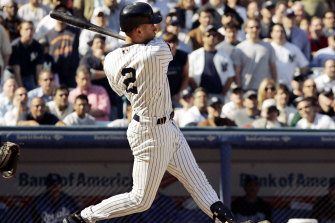 Jeter hits one of his 260 home runs, this one against the Kansas City Royals, in 2006.Credit:AP

Though he won seven Gold Gloves, three batting titles and the 1997 National League MVP, Walker's candidacy drew immeasurable scrutiny due to the fact he spent the bulk of his career at Denver's Coors Field, the most extreme and hospitable offensive atmosphere in the game. During his 10 years with the Rockies, Walker hit .384 at home, compared to .280 on the road.

Earlier, Walker tweeted that he felt he was going to fall just short, and was as surprised as anyone when he received the call confirming his election.

"I had the numbers in my head and was prepared for a no-call," Walker said on the MLB Network. "Then the call comes, and all of a sudden you can't breathe. When that phone rang, and I saw that number, yeah, [your] heart skips a beat."

Falling just short this year was Curt Schilling, among the best postseason pitchers of his generation but a polarising figure in retirement. Schilling was selected by 70 per cent of voters in his eighth year on the ballot, but is well positioned to earn election next year, when there are zero no-brainer first-timers on the ballot.

Meantime, Roger Clemens (61 per cent) and Barry Bonds (60.7 per cent) – arguably the greatest pitcher and slugger of their generation, but both widely suspected of having used performance-enhancing drugs – saw only modest gains in their vote percentages in their eighth year on the ballot, leaving their chances of election in doubt, with two chances to go.