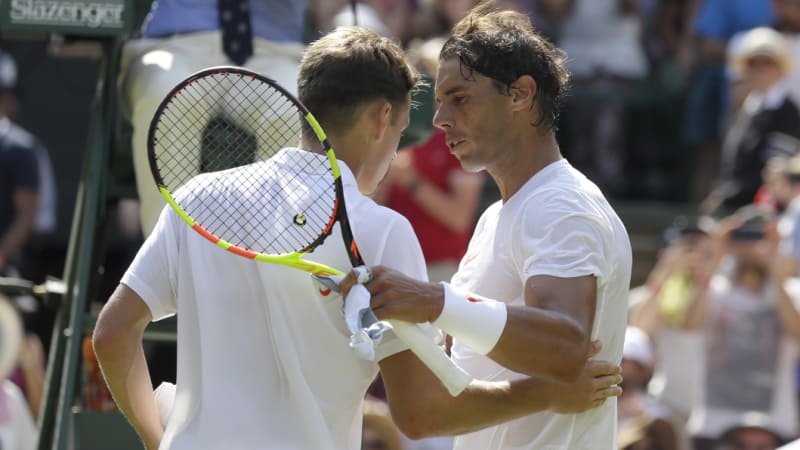 By his own admission Alex de Minaur was a star struck teen when he took on Rafael Nadal in Wimbledon earlier this year.

The Australian teenager lost in straight sets to the Spanish great in the round of 32 in a centre court encounter. 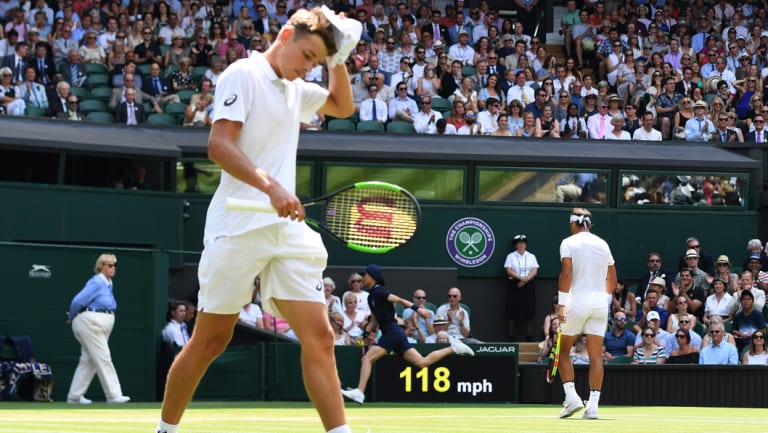 Toweled up: De Minaur has faced Rafa Nadal once before, at Wimbledon.Credit:Gerry Penny

Nadal is the major drawcard at the Brisbane International, an event where de Minaur made his breakthrough by reaching the semi-finals as an unheralded wildcard last summer.

The 19-year-old is relishing the prospect of once again taking on one of the best the world has seen, and says he'll be better prepared if the pair meet again.

"I definitely needed that experience to play someone like Rafa," de Minaur said.

"That was one of those bucket list moments and definitely learnt a lot from that.

"It sort of got me star-struck at the start and you sort of had to work your way into it, but now I know what to expect and I think I'll be able to do better the next time I play one of the top five guys."

Joining Nadal and de Minaur in the Brisbane field will be three-time grand slam champion Andy Murray, who is attempting to come back from an injury-plagued 18 months.

Defending event champion Nick Krygios and 2017 winner Grigor Dimitrov are also part of a strong men's draw for the Brisbane event, which starts on December 30.

De Minaur says not having to go through a pre-tournament wildcard qualifying campaign should work in his favour this summer.

"Last year I had to come and, due to my ranking, I had to play the wildcard play-offs," the world No.31 said.

"Now I get to have a whole month of pre-season training and it's great because it means more days of me working hard."