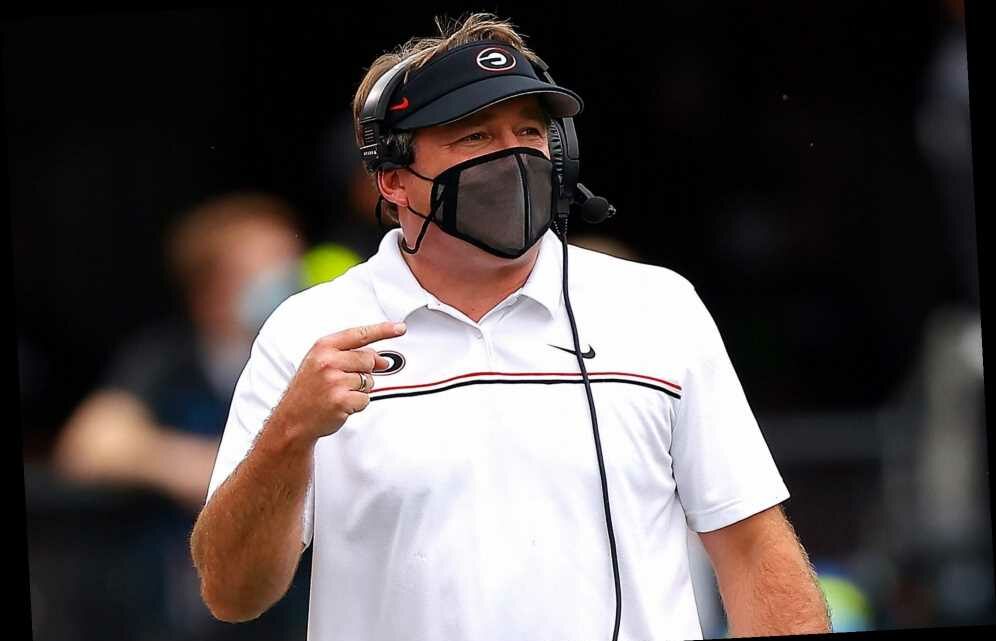 LSU’s title run didn’t change anything but the channel. The SEC has returned to its regularly scheduled dominance.

No. 2 Alabama is the only undefeated team in the SEC West and already has demolished the division’s second-highest ranked team (Texas A&M), while its greatest rivals (Auburn, LSU) have taken substantial steps backward.

No. 3 Georgia is the only undefeated team in the SEC East and just destroyed the team with the nation’s longest win streak (Tennessee), while its greatest threat (Florida) to a fourth straight division title has shown its defense isn’t capable of contending for a championship.

Meetings between Alabama and Georgia don’t occur as often as they should. Saturday’s preview of the SEC title game will be the first regular-season meeting between the powers since 2015. It will be just the third game between the teams since then.

Alabama has the nation’s top offense, averaging 51 points per game. Georgia has the nation’s best defense, allowing fewer yards per game (236.7) than any team has finished a season with since the Crimson Tide’s 2011 national championship team. That Alabama defense was led by coordinator Kirby Smart, who spent 11 seasons by Nick Saban’s side before bringing Georgia back to prominence.

Scoring on Alabama is much easier these days. The Tide have given up more than 45 points in three of their past eight games, including last week’s 48-point, 647-yard explosion from Mississippi, a game in which Saban still improved to 21-0 against former assistants.

This time, Saban might not be on the sideline, following his positive COVID-19 test Wednesday. But Smart will be there, again putting the Bulldogs (+6) in position to take down Alabama for the first time since 2007.

As I said last week, Miami would crash back to reality against the first legitimate defense it faced this season. The Hurricanes’ offensive struggles will continue, facing the nation’s third-ranked run defense and Patrick Jones II, who leads the country with seven sacks.

Since the epic showdown with Lamar Jackson in 2016, the Tigers have made a habit of following marquee wins by adding more exclamation points the next game. It is why they’ve been the best program in college football since then. “To me, this is the kind of game you can make a statement. It’s on the road, it’s a noon game, a lot of people talking about you’re coming off a big game,” coach Dabo Swinney said this week. “I want to see our team come out with some fire and play our best game.”

The Volunteers were shut out in the second half of last week’s loss to Georgia, while rushing for negative yards. The ground game won’t find much more success against the nation’s eighth-ranked run defense.

The last time the Fighting Irish were questioned — following a 14-point season-opening win over Duke — they responded with a 52-0 win over South Florida. Last week’s underwhelming effort against Florida State pays off here.

It was two years ago that the Knights — in the midst of their second straight undefeated regular season — pulled out a one-point win at Memphis. The Tigers haven’t lost at home since.

With a competent officiating crew, the Razorbacks’ only loss of the season would be at Georgia. Instead, they’re heading for a 1-3 start. The Hogs will build much-needed offensive confidence against the worst defense in the SEC, but matching points with Lane Kiffin’s second-ranked offense is too much to expect. Even his former boss — the greatest defensive coach in college football history — had no answers with Alabama’s significantly more talented roster.

Jimbo Fisher has a new set of believers for the first time since leaving Florida State. Mike Leach and K.J. Costello have experienced dizzying stock drops in the past two weeks. I’m always happy to take what no one else wants.

It may be years before the Seminoles are “back,” but Tar Heels star sophomore Sam Howell is on track again after completing 18 of 23 passes for 257 yards, three touchdowns and no interceptions, as North Carolina put up 56 points against Virginia Tech.

The Hokies have lost their past two meetings with B.C. and have allowed the 10th-most yards per game this season. If Phil Jurkovec could throw for 358 yards and three scores against Pittsburgh, Tech’s defense shouldn’t pose much of a problem.

Balthazar Getty: My Wife and Kids Were Really Frightened by My Coronavirus Battle

Woman transforms her bland, boring kitchen into a bright and modern space for just £90
World News