Home » After Helping Her Husband Gain Freedom, Maya Moore Savors Her Own 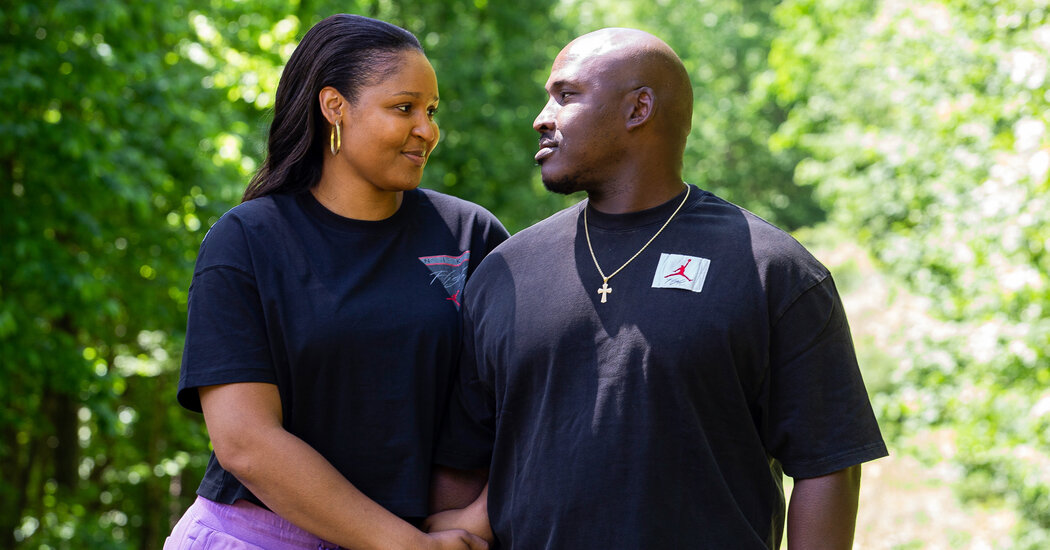 After Helping Her Husband Gain Freedom, Maya Moore Savors Her Own

When you speak with Maya Moore and her husband, Jonathan Irons, a single word comes up with drumbeat constancy.

“It’s everything to us,” Moore said during an interview last week.

She wasn’t talking just about the fact that Irons is out of prison after serving 23 years for a crime he always insisted he did not commit. She was talking about how, after struggling to overturn his conviction, she has more time and energy to fight for criminal justice reform.

“There is life we want to live, things we want to do, things we feel called to do together to help make our world a better place,” she said. “This sense of freedom is huge for both of us now.”

Here’s the shorthand version of their journey — part love story, part against-the-odds battle to right a terrible wrong. Still in the prime of a brilliant career, Moore left the Minnesota Lynx, the W.N.B.A. team she helped lead to four championships, before the 2019 season. Burned out, she wanted to focus her energy on helping Irons.

Irons was Inmate No. 101145 at a maximum-security prison in Missouri. He had been locked up since his teens, when he was sentenced in 1998 to 50 years for a robbery and assault that he denied committing.

After getting to know him through a prison ministry, Moore and her family believed in Irons’s innocence. They investigated his case on their own, hired lawyers to help and stood behind his last-ditch appeal. In March 2020, a Missouri judge vacated the convictions, citing evidence that was “weak and circumstantial at best” and flaws in how the case was investigated and tried.

Prosecutors fought the decision, but three months later, Irons walked out of prison with Moore and her family there to whisk him away. A day later, at a hotel near the prison, he proposed. Weeks later, they married.

“It’s a miracle that we’re sitting here together,” Moore said as she and Irons spoke to me over a video call. “I mean, there’s no glass between Jonathan and me, no chains, no security guards walking around. A miracle.”

They were inside their suburban Atlanta home, discussing their life together and her future in basketball. I had a question, the one asked most often by people who have followed their story.

I detailed Moore’s quest for justice in a series of articles. I interviewed Irons in a bare-walled prison conference room and spent days with Moore. Throughout that time, they described their relationship as a nearly familial bond.

So why didn’t they admit there was more to the connection?

“It would have been too much to navigate telling a love story on top of Jonathan’s fight for freedom,” Moore said.

She is exceedingly careful in all she does. She answers questions with a measured cadence that lets you know she’s considering the weight of every word. She has rarely opened up her private life to the world.

“We felt like it was best to wait before we talked about that part of our story,” Moore said. “He was in prison for a crime he didn’t commit. The urgency of Jonathan’s fight took precedence over everything else.”

Life since Irons’s release has been full of emotion, exploration and discovery. 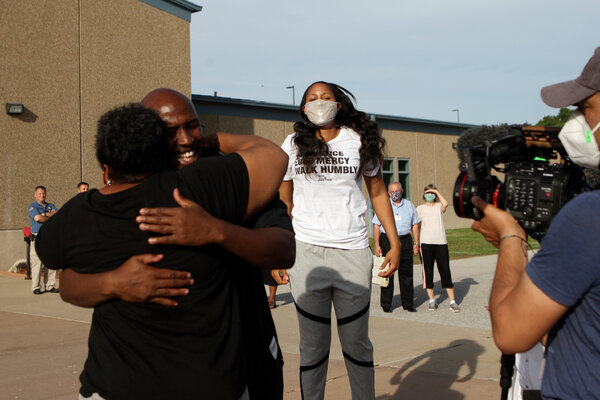 There was much to learn — about each other, about a life full of freedom. You have to remember, he said, “our relationship had consisted of phone calls, letters and prison visits.” He noted that he and Moore could barely hug during those visits, which were rare and held in a large, heavily guarded room full of other inmates and their loved ones.

Irons, now 41, grew up in stifling poverty. He had never ventured far from the St. Louis area, where he was born. Now he is married to a globally renowned basketball star and living with her in a recently purchased home. Everything is new. How do you use an A.T.M.? Where do you go to buy clothes? What’s it like to have a driver’s license or fly on a plane?

He has been dogged by internal agony, the result of being stuck for years inside a prison that could turn violent in a second. He has endured sleepless nights, tossing and turning, his mind working to cope with the past. He has struggled to relax around people he doesn’t know.

“The trauma is very real,” Moore explained. Her goal is no longer winning championships. It’s being present emotionally, physically and spiritually, “to help my husband through that pain.”

In January, Moore lost her 84-year-old great-uncle, Hugh Flowers, after a long illness. It was Flowers who, while teaching music to inmates at the Jefferson City prison, first took Irons’s claims of innocence seriously. Without Flowers prodding other family members to get to know Irons and start investigating, Irons might still be in prison.

Moore and Irons remember the tears they shed as they held each other tight after hearing that Flowers had died.

Life, though, has also been stuffed with joy. Their faces lit up as they spoke of simple pleasures. Playing Frisbee. Hiking. Exploring Atlanta in Moore’s 2006 Honda Civic. Flying to the West Coast, where Irons saw a desert for the first time and they kayaked in Santa Barbara.

Another highlight: Watching the Connecticut women’s basketball team, which Moore led to national titles in 2009 and 2010, play in this year’s N.C.A.A. tournament.

“Oh man, she’s into it!” Irons said. “She’s up there shouting, calling the players by their nicknames!”

Moore leaned toward him, a look of embarrassment spreading across her face. “Nobody needs to know that!”

As we spoke, I could see their closeness. Sometimes he rested his head on her shoulder. Sometimes she touched his arm, light and reassuring.

“I still can’t believe I get to spend time with him every day,” she said.

What about the future?

They plan to use storytelling to inspire change. Podcasts, speeches, films. Anything to “shine a light on injustice,” Moore said, starting with their own story. An ESPN documentary will feature their battle for Irons’s release and their life together.

They want children. When? Moore, a Christian, says she will leave that up to God.

What about basketball? Moore is 31. Though her game these days is limited to occasional driveway shootarounds with friends, she could return to the W.N.B.A. and play for years. But she won’t commit to that. Not now.

“The first year of marriage requires a lot,” she said. “It’s a whole big thing. I know right now my priorities are where they need to be. I’m in a place where I can actually enjoy life and my husband’s freedom without the burden of being in a fight for his freedom.”

Brits must wait until June 14 to learn if Covid restrictions will be fully lifted on June 21, Matt Hancock confirms