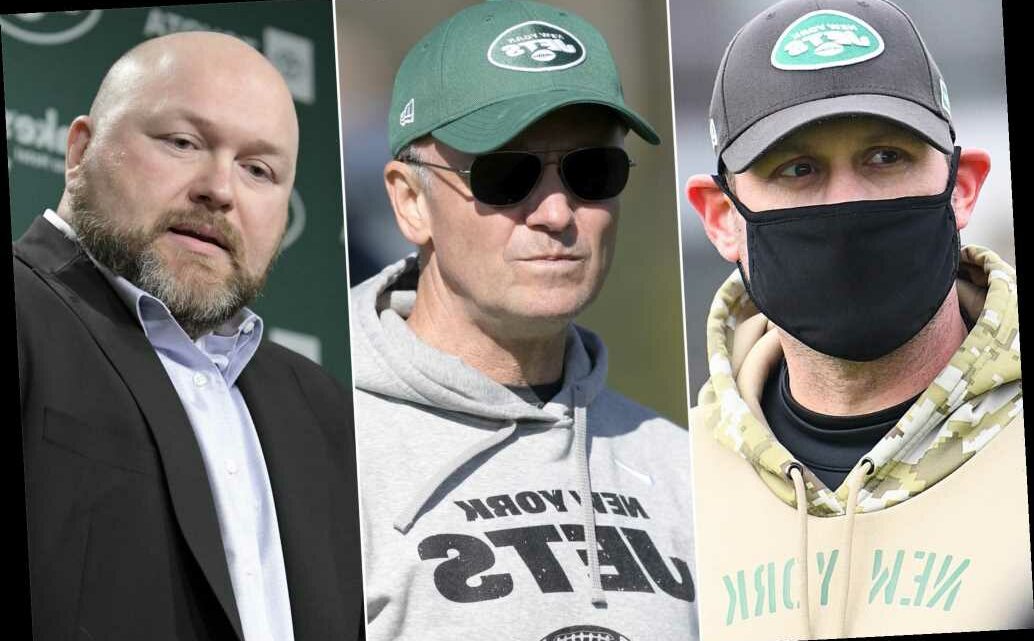 Adam Gase’s failure should influence Jets’ criteria for next coach

Colt McCoy has what it takes to rally Giants

Daniel Jones doesn't have any excuses in crucial Giants test

The vision when the Jets hired Adam Gase to pair with Sam Darnold was for it to be the end of the franchise’s search for a young franchise quarterback and the end of a playoff drought that had reached eight years.

And what we watched on the first Thursday of their second December together was a sad mea culpa from the head coach of his 0-11 team pleading guilty to a crash and burn that has damaged both of their careers:

“I came here to help him develop his career,” Gase said, “and we haven’t been able to do that.”

And: “I haven’t done a good enough job.”

And the shame of it all is Darnold has never pointed fingers at anyone but himself, even Thursday, when he said: “I take full responsibility for the way I’ve played.” And that should serve as a reminder he is made of the right stuff, and should have a chance to fashion a Ryan Tannehill breakthrough with another coach, or team, or both.

So when the Jets begin their search for their next head coach, and it doesn’t matter whether Darnold is the quarterback or the Jets lose enough to land Trevor Lawrence or Justin Fields, it is imperative upon the Bros. Johnson and GM Joe Douglas to identify the kind of CEO that Joe Judge appears to be for the Giants.

Their Mike Tomlin. Their Andy Reid.

Their Sean Payton. Their John Harbaugh. Their Pete Carroll. Their Brian Flores. Their Mike Vrabel. Their Sean McDermott. Their Jon Gruden. Their Mike Zimmer. Their Ron Rivera. Their Matt Rhule.

No need to mention the HC of the NEP, he’s in a league of his own.

Easier said than done for most franchises, and especially for Gang Green.

Ownership has hired a search firm and sought counsel from ex-GMs Ron Wolf and Charley Casserly — and here we are.

Jim Harbaugh, in my view, isn’t right for this market.

Me? I’d listen long and hard to Andy Reid when he gushes the way he does about Eric Bieniemy.

Leon Hess got it right once upon a time with Bill Parcells immediately after he had gotten it so wrong with Rich Kotite.

Head coaches like Parcells don’t grow on trees, of course.

But what the Jets desperately will need is a head coach of the entire team, a fearless leader of men, a culture-builder, a head coach who will hire the best and brightest assistants, including an offensive coordinator he trusts to develop a young franchise quarterback.

Christopher Johnson gazed at Gase after the Dolphins fired him and apparently saw Bill Walsh.

Sometimes you can hit a home run with these marriages between perceived offensive guru and young franchise quarterback.

Head coaches like Kyle Shanahan and Sean McVay don’t grow on trees either. Matt LaFleur looks like he has a chance, but he gets to coach Aaron Rodgers. Kevin Stefanski has been impressive so far in Cleveland.

Remember, the Giants promoted Ben McAdoo to succeed Tom Coughlin because he was viewed as an offensive whiz kid who got rave reviews from Rodgers. Pat Shurmur was an elite play-caller. Just not an elite head coach.

Johnson labeled Gase an “innovator” when he hired him, and a “brilliant mind” at the beginning of this season without reason.

“We think Sam will continue to develop under his tutelage,” Johnson said when Gase was hired, “but we made the decision because of Adam’s vision for the entire football team.

It has turned out to be the blind leading the blind.

“To paraphrase Wayne Gretzky,” Johnson said at the beginning of a new Jets Age, “he’s coaching to where football is going.”

Darnold hasn’t slammed into anyone’s rear end, but he hasn’t done himself any favors either with his inability to stay on the field, be it because of mono or otherwise. The play-calling and the team surrounding him haven’t done him any favors either. Gase never bought stock in Le’Veon Bell, who wasn’t Le’Veon Bell. Robby Anderson wasn’t re-signed. And Darnold has thrown 122 consecutive passes without a TD.

There are never guarantees, but in draft terms, what the Jets did with the Gase hire was reach for need — perceived offensive guru — over Best Head Coach Available.

With Gregg Williams the head coach of the defense, Gase had one job.

And failed at it.

If the Jets do finish 0-16, the ultimate nightmare for them and for Jets fans would be the sight and sound of the next head coach publicly wracked with guilt in say, 2022, over the regression of Trevor Lawrence.

It has never been more critical for Jets ownership and management to find the right man … once and forever. Perhaps once and for Trevor.