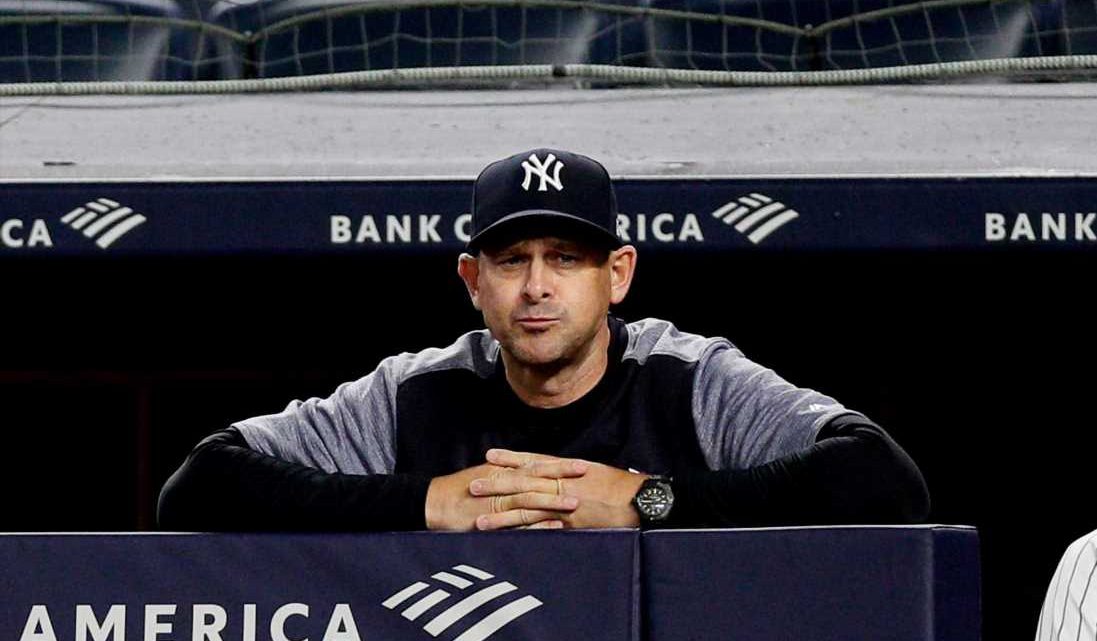 Aaron Boone has proven up to a very different Yankees challenge

ANAHEIM, Calif. — It really doesn’t matter how many times you see the makeshift, patchwork lineups posted to the wall of the Yankees clubhouse; it’s still jarring. Every time. That isn’t eliciting sympathy for the devil, just a statement of fact.

What in a parallel baseball universe would be the deepest lineup in baseball looks like something Eddie Feigner might’ve had behind him back in the day when the King and his Court would come to Eisenhower Park or Cedar Brook Park with three other teammates behind him and take on all comers.

This time, the name was Gio Urshela, who nudged across the go-ahead run in the 12th inning with a sacrifice fly, then drove in the game-winner in the 14th with a two-out single as the Yankees outlasted the Angels, 4-3.

It was a game that had a lot of pitching, a wee little bit of hitting, and some oddities. Yankees rookie Mike Ford was intentionally walked twice (both times in front of Urshela’s heroics), meaning he now has more career IBBs than base hits, which really might well be a record. In the game-clinching 14th inning, the Yankees struck out four times — yet still pushed the winning run across. There was a stretch where the Yankees saw 23 of 24 hitters retired in this game, yet they still found enough guys to step up.

To no uncertain degree, so has Boone. It’s funny: There are a lot of managers who toil for years guiding lousy teams, wondering when they’ll ever have a crack at seeing what it’s like to guide a real team. Boone got that his first time out of the chute last year, won 100 games, and it wasn’t enough to spare him from the slings and arrows of second-guessing.

Now, of course, the critical voices have been stilled because the names he writes on his lineup card bear little resemblance to the names typed on the injured list every day. Where once he actually struggled with the hard arithmetic of where the troika of his potentially-40-homer sluggers should be sprinkled in the order, he now waits patiently for Gary Sanchez’s plane to land in Anaheim to give him one.

Where once Luke Voit — who hit a mammoth blast off Matt Harvey in the first inning Monday night to get the Yankees started — was a novelty — a fresh, fun combination of Roy Hobbs and Joe Hardy who fell out of the sky — he is now their most reliable offensive weapon. The Yankees lineup seems like it goes about five names deep — four on days when D.J. LeMahieu gets a night off, as he did Monday.

Yet this lineup kept together with paper clips and Scotch tape had won five out of six heading into this 10-game Western swing, had snuck above .500 at 11-10, and if you’re going to dismiss that streak as the product of kicking the Red Sox when they’re down and feasting on the carcass of the terrible Orioles … well, look at the players who did the feasting.

And look at the man guiding the ship, who sure seems to be enjoying himself, trying to figure this out day by day, new face by new face.

“Look, I want our guys back in the worst way,” Boone said. “I hate seeing our core guys go down. But it’s been a lot of fun to see guys get opportunities and, in a lot of cases, take advantage of those opportunities. You’ll get tested; can you withstand that, can you stand up to it? I feel we’re capable of that.”

They have been that. They’ve figured it out. Have they been helped by a schedule that has been pillowy soft (and doesn’t exactly get much more difficult on this road trip through Anaheim, San Francisco and Phoenix, though the Diamondbacks are playing better)? Sure they have. But as always, it is fair to point out: This isn’t college football. The Yankees didn’t pay the Orioles and the Tigers and the White Sox and the Royals a huge guarantee to play then. The American League required it.

You play who you play. You go with the players you have. There will come a time when Boone will face the daily chore of figuring which All-Star should be placed where in the order, when the wave of first-string names — Gregorius and Stanton, Judge and Sanchez, on and on — will be back. For now it is a grind instead of a coast.

Is Boone up to that? I feel he’s capable of that.

Why did Dani Dyer and Jack Fincham split? The Love Island winners have spoken out about their break-up
World News