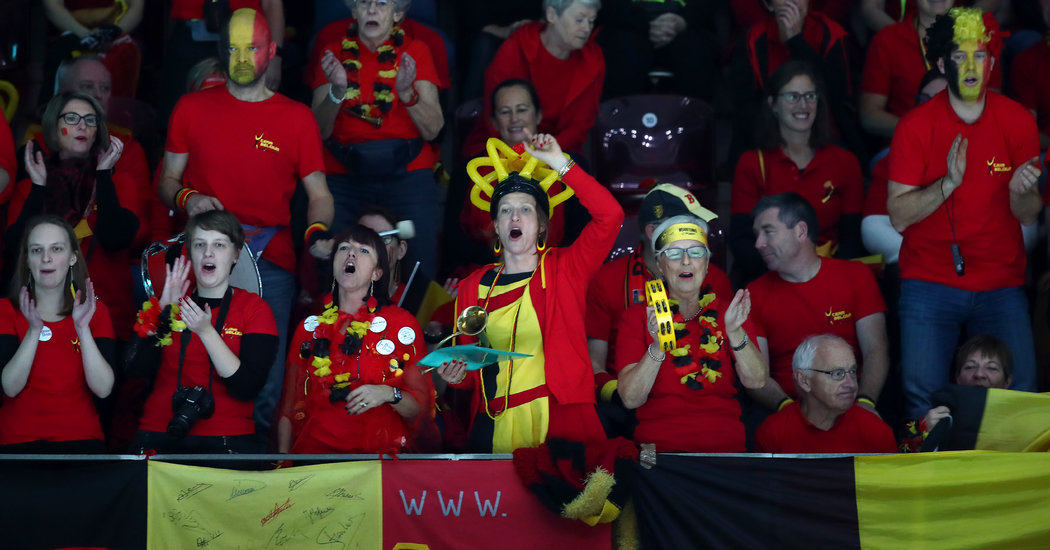 MADRID — Nerves have been part of Davis Cup since tennis’s oldest team competition began 119 years ago.

But the edginess has a different source than usual this week in Madrid, where Davis Cup’s final rounds have been radically transformed by an unlikely partnership between the International Tennis Federation and Spanish soccer star Gerard Piqué.

It makes for an odd vibe, and opening day on Monday was, first and foremost, about evaluating the size and passion of the crowds, not about scrutinizing the forehands and backhands.

The first impression was clear: Attendance was underwhelming at the Caja Mágica tennis complex, with all three of its covered stadiums far from full for the day’s three head-to-head team matches.

But in this new and uncertain era, it would be unfair to judge the product too quickly, even if, at this stage, the only matches that are sold out this week are the two involving Spain and its very popular leader, Rafael Nadal.

In all, there are 18 teams gathered for this final phase, including two nations that received wild cards: Argentina and Britain, which has Andy Murray back on its squad as he continues his comeback from major hip surgery.

Whether or not you relish the wild-card concept — and I certainly don’t unless it’s the host nation — the 18 teams are divided into six groups. The group winners and two next best teams will advance to the quarterfinals, which begin Thursday. All matches are best-of-three sets, and each head-to-head team matchup comprises two singles matches followed by a doubles match.

It feels like a sprint compared to the long-form Davis Cup duels of the past, which were best-of-five sets and contested over three days with four singles matches and a doubles match. At the top level, there were also four rounds over the course of a year.

But with the top players playing the event only intermittently and with long-term viability and revenue a concern, the I.T.F., led by its American president David Haggerty, voted to change the format beginning this year after receiving a lucrative offer from Kosmos, the investment group presided over by Piqué.

“I think you’ve got to look at it as a whole, look at the big picture,” said Mardy Fish, a former top 10 player who is the new captain of the United States Davis Cup team. “It feels different, a little different, sure, but the bones are there. The playing for your country is there, and the team part is there, and it’s always special putting on the flag and putting on the jacket. There is something very powerful about the American flag and having it on your chest.”

The United States, featuring two Davis Cup rookies in Taylor Fritz and Reilly Opelka, will make its debut in the new format on Tuesday. The U.S. will face Canada, which defeated Italy on Monday after another of the game’s bright young talents, Denis Shapovalov, clinched the victory over the new Italian star Matteo Berrettini, 7-6 (5), 6-7 (3), 7-6 (5), in what amounted to the new Davis Cup’s first thriller.

Participation of star players was one of the big justifications for messing with the Cup’s rich tradition, but only five of the current top 10 are in Madrid.

Though No. 1 Nadal and No. 2 Novak Djokovic are here, No. 4 Dominic Thiem and No. 6 Stefanos Tsitsipas, who dueled Sunday at the ATP Finals, are not because their countries, Austria and Greece, did not qualify. No. 5 Daniil Medvedev, worn down from a successful fall, withdrew and was not on the Russian team that beat Croatia on Monday. And Davis Cup refuseniks Roger Federer and Alexander Zverev are providing plenty of social-media competition with a big-money exhibition tour of Latin America.

Tennis Channel in the United States will show one of those exhibition matches on Sunday after failing to agree to financial terms with Kosmos on the rights to Davis Cup. Instead, Fox Sports 2 will broadcast the American team’s matches and the championship match in the United States.

“People go to Tennis Channel to watch tennis, and they have exhibitions on there instead of real stuff,” Fish said. “It’s disappointing, and I know the guys are disappointed.”

Eric Abner, a spokesman for Tennis Channel, said: “We’re disappointed, too. We want to show Davis Cup. It comes down to resources.”

Less extreme options were considered for the Davis Cup format: making it a biennial instead of an annual event; or having the semifinals and the final at a neutral site with two earlier rounds played in the traditional home-and-away format.

And if you listen to the skeptics, less extreme options may eventually be reconsidered.

“I will bet you anything you like that in maximum two years they are going to change the format again,” said Ion Tiriac, the former Davis Cup star for Romania, in a recent interview.

Tiriac is a longtime tennis coach and agent, who is also the owner of the tournament held in Madrid in the Caja Mágica each year in May. For Tiriac, 80, the Davis Cup transformation is a travesty.

“It is a joke and a disgrace,” he said. “They have ruined the jewel of tennis.”

Piqué, in an interview earlier this year, played down Tiriac’s criticisms.

“He’s very old school in the way he sees things and at the same time being in Madrid, both of us, is something that doesn’t help,” Piqué said. “Maybe if instead of Madrid, we were playing the first two years of this even in France, he would have a different feeling.”

For Piqué, more accustomed to dealing with opposing strikers than tennis power brokers, his Davis Cup journey has been quite a steep learning curve.

He approached leaders of the I.T.F. and the men’s tour, the ATP, with Kosmos’s concept of a World Cup-style team event. But even after the I.T.F. became Kosmos’s partner, negotiations continued with the ATP.

With the parties close to an agreement in 2018, the deal collapsed. The ATP created its own men’s team event, the ATP Cup, which will be held in early January in Australia with 24 teams and, for now, commitments from nine of the top 10 men in the rankings.

That will make for two very similar competitions within seven weeks of each other, which is, naturally, far from ideal. But Piqué has continued to express his belief that a merger or joint deal can eventually be completed.

“I’m very confident that in the future we can do it,” he said. “I can tell you that we have tried, and we will keep trying, because we believe this is the way to go, but at the same time we have to face reality.”

For now, the reality is that the Davis Cup finals will be staged in these less-than-ideal November dates in Madrid this year and next year. But Kosmos and the I.T.F. could choose a different venue or different dates in the future.

The long-term view certainly seemed the more pleasant view when the opening ceremony took place on Monday afternoon in a main stadium that was less than half full.

But by the time evening arrived, there was the 20-year-old Shapovalov holding off the 23-year-old Berrettini and howling with unfeigned delight before celebrating with his teammates and a small but rowdy group of red-clad Canadian fans.

Mixed signals? Get used to them.