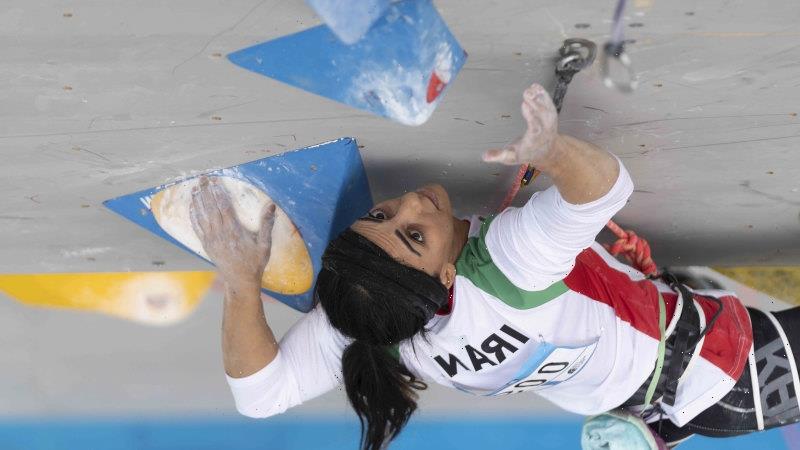 A climb without a hijab sparks fears for Iranian athlete

As Elnaz Rekabi, the star Iranian climber, approached the wall on the final day of the tournament on Sunday, few in the audience batted an eyelid, their faint claps drowned out by blaring pop music as she began her ascent.

But the significance of this moment at the Asian Championships climbing competition in Seoul, South Korea, would not have been lost on Rekabi herself. 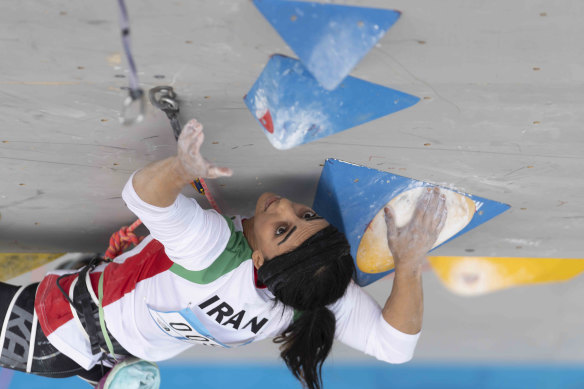 Elnaz Rekabi competed without a hijab.Credit:AP

Rekabi, who last year became the first Iranian woman to win a medal, a bronze, at the sport climbing world championships, took to the wall without a hijab – defying the strict dress code that the Iranian government enforces for women, including its female athletes abroad. Anger over those rules and their enforcement has helped fuel the recent protests in Iran.

As video of her climb circulated on social media, so did concern about her fate on her return to Tehran, Iran, with some reports saying she was missing for at least a day.

The International Federation of Sport Climbing, the body that organises the annual competition, said in a statement on Tuesday that it had been in contact with Rekabi and that it was still “trying to establish the facts” around the case. It declined to provide details when asked by The New York Times.

“The Embassy of the Islamic Republic of Iran in South Korea strongly denies all the fake, false news and disinformation regarding Ms Elnaz Rekabi,” the Iranian embassy’s statement said.

As concerns over Rekabi’s fate spread online, an Instagram post appeared on an account said to be run by the climber, in which she apologised for the concern she had caused. The post said that her hijab had “unintentionally had a problem” when she was unexpectedly called to climb.

She added, “I am on my way to Iran with my team according to the planned schedule”.

The Times was not able to verify whether Rekabi had made the post herself. Iran has been widely criticised by rights groups for forcing activists and opposition figures to publicly make coerced confessions, sometimes on state television.

The BBC’s Persian service reported earlier that Rekabi had gone missing after competing in the event and that friends and family had been unable to contact her.

The Saudi-owned Persian news channel Iran International reported that supporters of Rekabi were organising on social media to meet her when she arrived in Tehran on Wednesday morning.

Rekabi is not the first Iranian female athlete to disobey the hijab requirement, but her move came as recent protests in Iran have shown no sign of abating. They were sparked by the arrest and subsequent death in custody of Mahsa Amini, a 22-year-old woman who was accused by the country’s morality police of wearing her hijab too loosely. Police have denied reports that she was beaten while in detention, saying that she suffered a heart attack, although her family says she was healthy when she was arrested.

The denials have done little to curb the spiralling unrest, which has prompted a brutal crackdown by security forces.

On Monday, a consortium of international human rights groups urged the UN Human Rights Council to hold a special session on Iran, condemning the country’s “mobilisation of their well-honed machinery of repression to ruthlessly crack down” on the protest movement.

At least 240 protesters have been killed, including 32 children, and nearly 8000 have been arrested, according to the US-based Human Rights Activists News Agency.

In 2019, Sadaf Khadem, a boxer, made history by becoming the first Iranian woman to win an international fight in a bout in France, and she did so without a hijab. She stayed in France, saying that Iranian authorities had issued an arrest warrant for her because she had breached the dress code regulations.

Although she did not disobey the dress code herself, Iran’s only female Olympic medallist, Kimia Alizadeh, a taekwondo athlete, also defected from the country in 2020, describing herself as “one of the millions of oppressed women in Iran”.

News, results and expert analysis from the weekend of sport sent every Monday. Sign up for our Sport newsletter.