Home » Sport » A 20-year-old American bulldozed through an older opponent, knocking him down 3 times and out for good in the first round 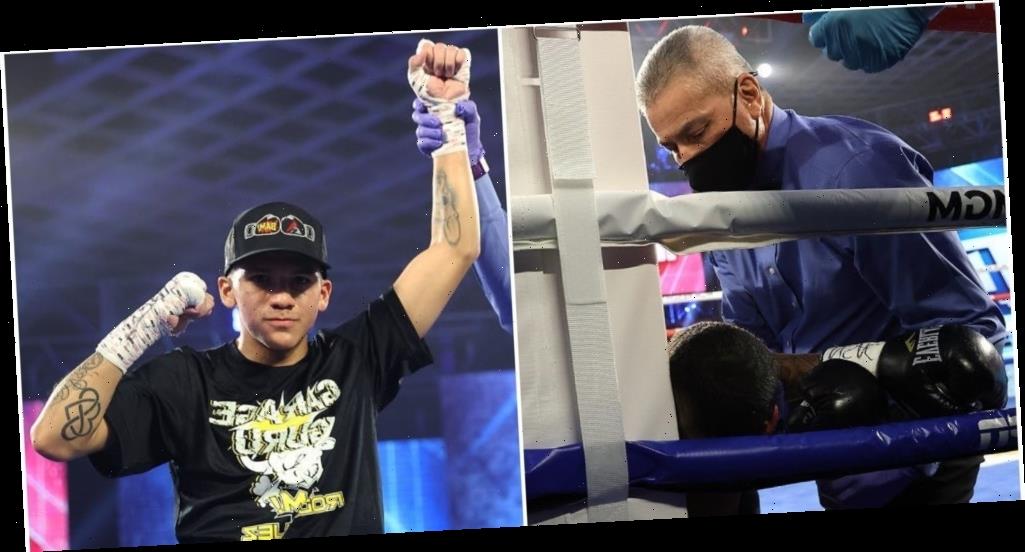 A 20-year-old American bulldozed through an older opponent, knocking him down 3 times and out for good in the first round 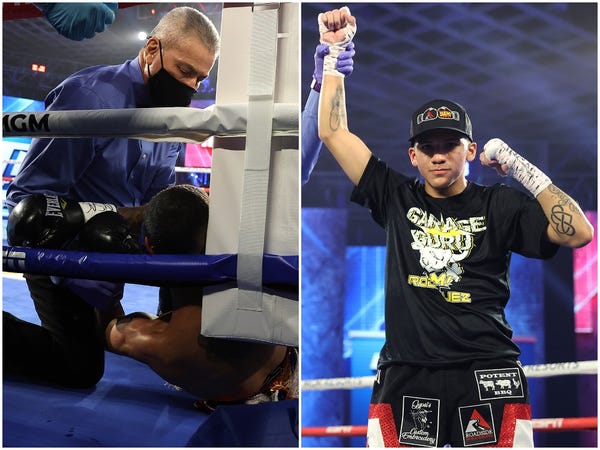 A 20-year-old American bulldozed through an older opponent, knocking him down three times and out for good in the first round.

On Saturday at Top Rank's quarantined bubble inside the MGM Grand Conference Center in Las Vegas, Jesse Rodriguez showed he is a young fighter with a potentially awesome future, as he battered Janiel Rivera from pillar to post.

Anyone going for a bathroom break during the super flyweight match may have missed the entire performance, as Rodriguez triumphed in 120 seconds.

In that two minutes, the youngster got a lot of work done.

He dug a body shot into Rivera's ribs and sent him wobbling into the ropes with a left hook, punished him in the corner of the ring with frighteningly accurate one-two combinations.

He finished the fight with a jaw-cracking punch, which could be heard clearly on the broadcast.

Rivera looked in bad shape, beaten onto the floor, and left in a cowering position as the referee waved the bout off.
As the ESPN commenting crew noted, it is not just Rodriguez's predatory instincts which warrant commendation.

His footwork and the speed, power, and precision he fires off his shots combine to see him as a challenger for world titles in the near future.

"I felt amazing," Rodriguez said after the fight. "I told [head trainer] Robert [Garcia] in the locker room, 'This is the best I've ever felt.' I think I showed that today."

With the win, Rodriguez advanced his record to 12 wins (eight knockouts), unbeaten.