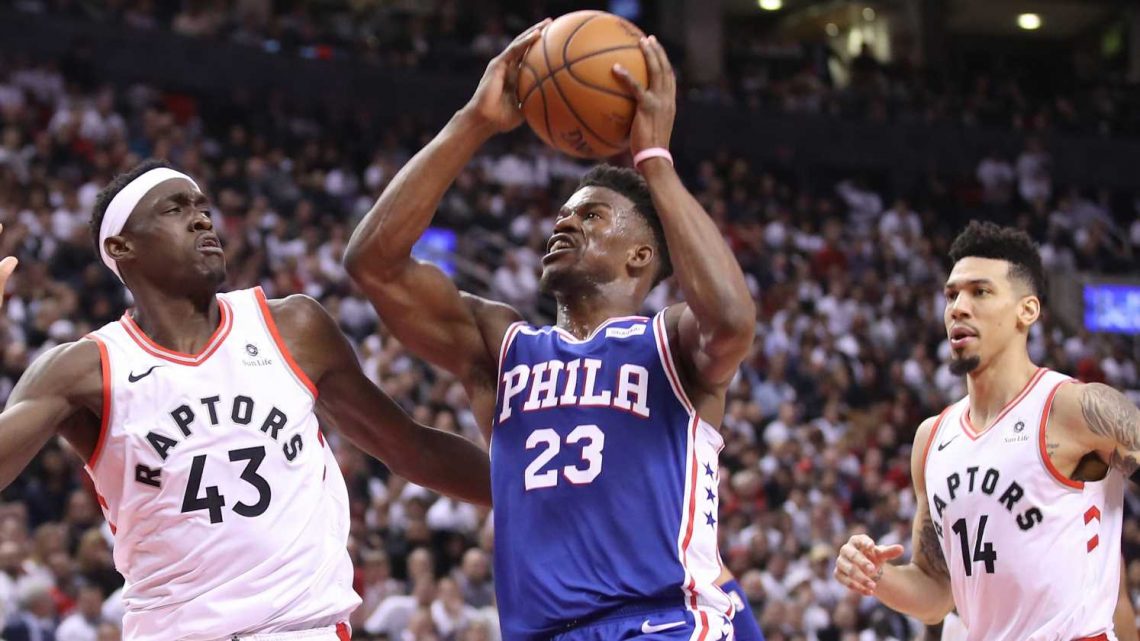 Center Greg Monroe and forward James Ennis III — with some fourth-quarter help from forward Jimmy Butler — saving the day for Philadelphia is not what anyone expected in the Eastern Conference semifinals.

But with 76ers center Joel Embiid slowed by gastroenteritis and Philadelphia in a need of scoring lift from the bench, the Sixers needed Monroe’s 12 minutes, 10 points and five rebounds and Ennis’ 24 minutes, 13 points and six rebounds in their 94-89 victory over Toronto into Game 2 of their series, which is tied at 1-1.

Embiid scored just 12 points (more on him in a bit), but the Sixers had just enough to hold off the Raptors, who trailed by as many as 19 points in the first half yet clawed back and cut the score to 90-89 late in the fourth quarter.

Jimmy Butler (30 PTS & 11 REB) was LOCKED IN for the @sixers to tie up the series 1-1 in Toronto! ??#PhilaUnite | #NBAPlayoffspic.twitter.com/bhnjcnBAil

Butler scored 12 of his team-high 30 points in the fourth, and Embiid’s spinning layup with 24 seconds left in the game put the Sixers up 92-89. Toronto guard Danny Green missed a 3-pointer that would’ve tied the score, and Tobias Harris sealed the victory with two free throws.

Philadelphia’s answer to its Game 1 loss was impressive. The Sixers were better defensively, and coach Brett Brown made adjustments. He put Ben Simmons on Kawhi Leonard for more possessions, had Embiid guard Pascal Siakam, used Tobias Harris on Marc Gasol and gave more reserve minutes to Monroe and Ennis.

It was enough to hold Toronto to 32.6% shooting and 38 points in the first half. Leonard continued his outstanding playoffs with a game-high 35 points, but the Sixers made him work harder for his shots. Siakam, who destroyed Philadelphia in the series opener, had 21 points, but he was just 9-for-25 from the field.

Philadelphia outrebounded Toronto 53-36, and while the Raptors missed 58 shots, they collected just nine offensive rebounds. The Sixers did a great job keeping Toronto off the offensive glass.

As the story lines change from game to game in the series, Toronto now has questions to answer. Leonard, Siakam and Kyle Lowry combined for 76 of the Raptors’ 89 points. Coach Nick Nurse needs to find some more and better scoring opportunities for other players.

The combination of Philadelphia’s defense and Toronto’s missed shots led to the result. The Sixers will try to take the positives of Game 2 into Game 3.

Embiid dealt with a stomach bug and is likely bothered by a sore knee that sidelined him for a game in the first round and left him questionable for another. There’s nothing anyone can do about injuries or illness, but it will still be tough for the Sixers to win this series with Embiid considerably less than 100%.