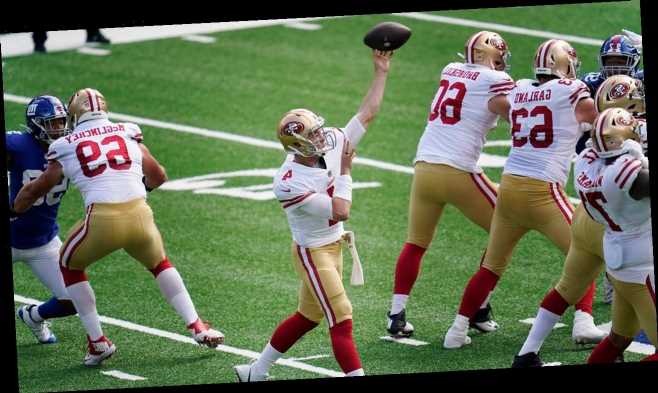 49ers' Nick Mullens explains why he fixes the toppled-over pylon 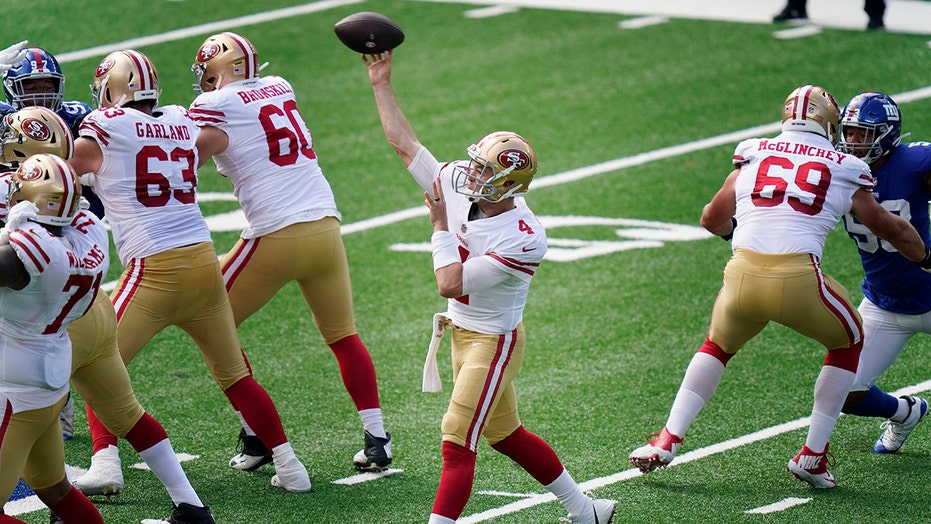 San Francisco 49ers quarterback Nick Mullens delighted fans last week when he fixed the pylon in the end zone that was toppled after a touchdown against the New York Jets.

Mullens did it again Sunday during the win over the New York Giants.

After the game, he was asked why, and if there was any preseason planning on picking up the pylon and making sure it was right side up.

“It's not. Y'all can take that joke and do what you want with it, but I told people last week, I think I told y'all earlier in the week, I was just messing around the first time,” Mullens said. “Today, the o-lineman grabbed it and said, ‘Hey, set it up.’ So I guess I said I'll keep riding with it. It's just fun. It's fun to play with your teammates. The guys have the right mindset, you know, attack, attack, attack, and then have fun when you score. So that's why I love this team.”

Mullens came in for the injured Jimmy Garoppolo against the Jets last week at MetLife Stadium and stayed hot in the same stadium against the Giants.

“It felt really good,” Mullens said of managing the offense. “I felt really confident in my preparation. Coach Shanahan talks about the buildup. Wednesday you get the game plan. Thursday you get third downs and it all builds up to Sunday. By Sunday, you're just as confident as can be. I just approached it with a relaxed mindset. I was ready to go out and execute and I thought we did a really good job as an offense and as a team.”

San Francisco moved to 2-1 on the season and the Giants fell to 0-3.