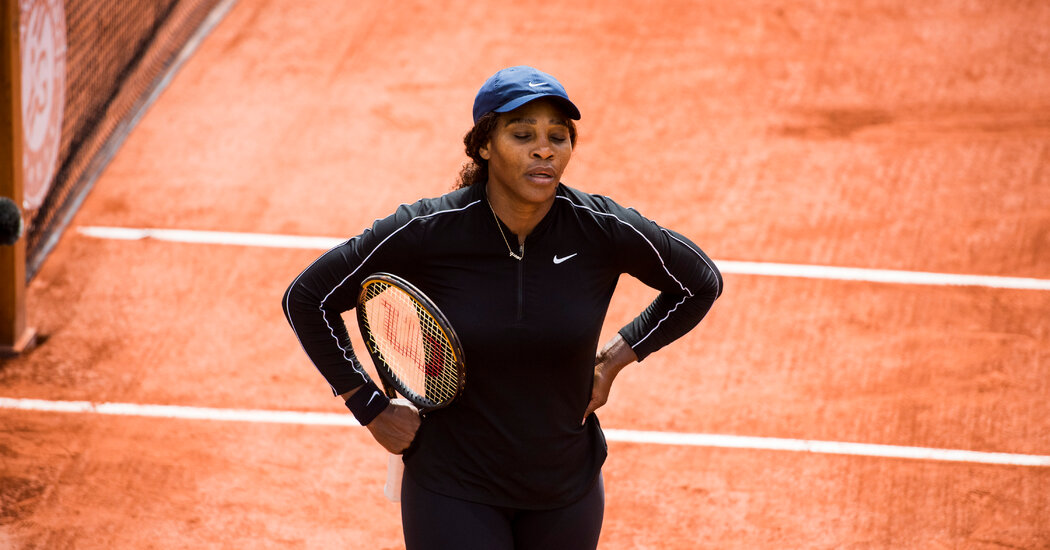 2021 French Open: What to Watch on Monday

In Serena Williams’s illustrious career, there have been many firsts. On Monday, win or lose, she will add another as the first person, alongside her opponent, Irina-Camelia Begu, to play a night session match at the French Open. But before then, there are plenty of entertaining contests to watch on Memorial Day.

Because of the number of matches cycling through courts, the times for individual matchups are estimates and may fluctuate based on when earlier play is completed. All times are Eastern. 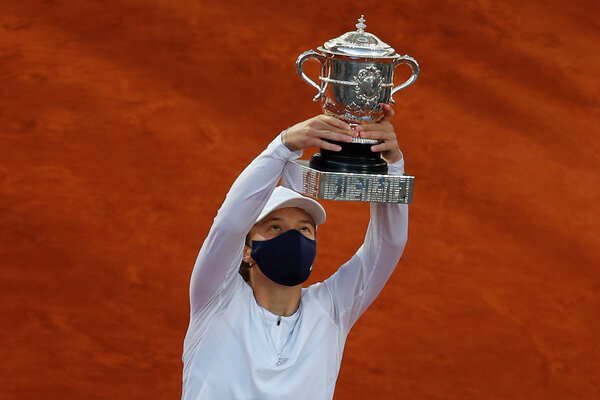 Iga Swiatek, ranked No. 9 in the world, won the French Open last year without dropping a set, but hasn’t rested on her laurels since. In the Italian Open final this month, Swiatek defeated Karolina Pliskova, a former world No. 1, without dropping a game, and secured a No. 9 world ranking, a career high. Swiatek, who turns 20 on Monday, modeled her game after Rafael Nadal’s, evinced in her aggressive style of play and topspin-heavy shots. It’s well suited for the crushed red brick of Paris.

Kaja Juvan, a 20-year-old ranked 101st, reached the third round of the Australian Open in February, her best major tournament finish. This is daunting opposition, and while Juvan’s deft touch serves her well on clay, her drop shot will be hard to execute against Swiatek, whose excellent movement was a factor in her march to the title last year. There is little doubt that Swiatek will be able to secure a win.

With Novak Djokovic and Rafael Nadal both in the other half of the draw, Daniil Medvedev, the two-time Grand Slam finalist, hopes to make a deep run on his worst surface. Medvedev, a 25-year-old lanky baseliner ranked No. 2, has struggled with clay, proclaiming during his first match at the 2021 Madrid Open that “I don’t want to play here on this surface.” Although he was able to win in three sets, he’s never done so at Roland Garros, losing in the first round every time.

On the other side of the net, Alexander Bublik is equally unsuited to clay. Although Bublik, 23, reached a world ranking of No. 37 after a run to the quarterfinals at the Madrid Open in early May, his style is similar to that of Medvedev, preferring hard and grass courts. Bublik, a Russian-born player who now represents Kazakhstan, has had slightly more success at the French Open, reaching the second round in the past two years.

Because of their poor performances on clay and similar styles, it’s hard to tell which player is favored. Bublik’s recent success might give him the confidence to beat the best all-around player in this half.

Sofia Kenin, the fourth seed, had a breakout season in 2020. Kenin won the Australian Open at the beginning of the year and reached the French Open final. However, this season has not gone well; Kenin, 22, has lost her last four matches and announced in early May that she would no longer be coached by her father. While her style of play is well suited to clay, she may struggle, especially against better opponents.

Jelena Ostapenko, the 2017 French Open champion, will be pushing for an upset. Now ranked No. 44, Ostapenko hasn’t made it past the third round of a major since Wimbledon in 2018 and has lost in the first round on four occasions since. Having reached the quarterfinals at the Italian Open, Ostapenko, 23, will be confident, and a deep run is not out of the question if she can muscle past Kenin.

Roger Federer, a 20-time major champion, last played a Grand Slam event at the 2020 Australian Open. Now, having recovered from two surgeries on his right knee, he has returned with a more grounded sense of what he can accomplish. Federer, 39, has spoken about the reality that even on his best days he was rarely a top contender for titles at Roland Garros, and that his focus is mostly on the grass courts at Wimbledon, which begins in three weeks.

Denis Istomin, a 34-year-old qualifier, is in a similar position. Istomin, a Russian-born player who represents Uzbekistan, has never made it past the second round of the French Open. His style of play is better suited for grass and hardcourt tournaments. Although Istomin is ranked No. 204, he will be a tough challenge for Federer, if only because of his match fitness.

Serena Williams, the seventh seed, recently played her 1,000th match on the WTA tour, a testament to both her longevity and her success at the highest levels of tennis. However, she has recently struggled on clay. After reaching the semifinals at the Australian Open in February, Williams, 39, took a break, returning in May for the Italian Open. Now, having lost two of her three matches in preparation for Roland Garros, it’s unclear whether she has prepared herself properly for a deep run at the tournament.

Irina-Camelia Begu, ranked No. 74, may see this as an opportunity for her first top 10 victory since 2018. Although Begu, 30, hasn’t won a main draw match since the Phillips Island Trophy in February, Begu’s grinding style of play works well on clay, and her plan will be to move Williams around the court and disrupt her powerful baseline play.