Home » Sport » 2021 Australian Open: What to Watch on Monday Night 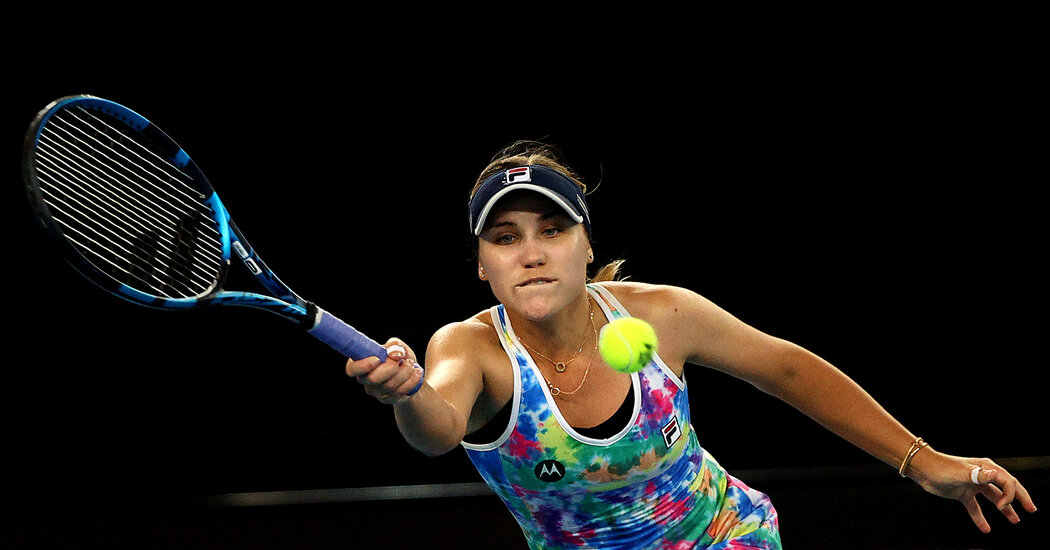 2021 Australian Open: What to Watch on Monday Night

The first round of the Australian Open is set to finish on Monday, with a few previous champions on the schedule. Rafael Nadal and Ashleigh Barty will both be featured on the court at Rod Laver Arena in the early hours of the morning for fans on the Eastern Seaboard. For those who don’t want to stay up too late on a school night, there are plenty of exciting matches planned for the evening.

Because of the number of matches cycling through courts, the times for individual matchups are guesses at best and certain to fluctuate based on when earlier play is completed. All times are Eastern.

Sofia Kenin, the defending women’s singles champion in Melbourne, had a breakthrough year in 2020. In addition to her first Grand Slam victory, she reached the final at the French Open and the round of 16 at the United States Open, finishing the year at No. 4 in the world. Kenin, 22, is one of four women who have won their first Grand Slam titles in the past two years, creating a cluttered field of players with heightened expectations. Inevitably, some won’t live up to them. Kenin’s aggressive baseline play and well-concealed drop shots are potent weapons on the fast hard courts of Melbourne Park. Kenin, who had a leg injury going into the tournament, will hope to have an easy time against Maddison Inglis in her first round matchup. 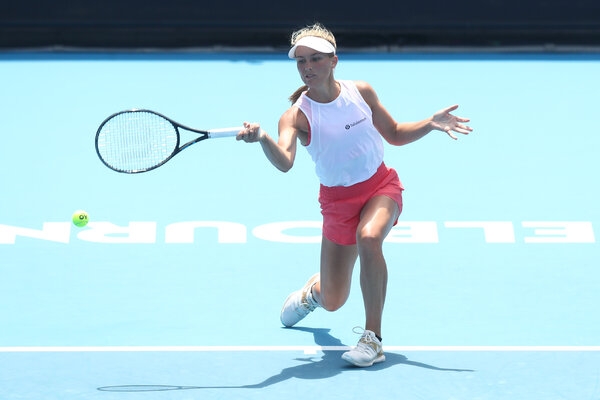 Inglis, an Australian who received a wild card into the main draw, has never progressed past the first round at a Grand Slam. Her counterattacking style has trouble holding up against some of the harder hitters on the WTA Tour, although she certainly shows moments of brilliance. Getting her first main draw victory will be a tall order, especially against Kenin. But this match should help illuminate whether Inglis was able to improve on her previous performances and make the improvements necessary to succeed on the tour in the future.

Victoria Azarenka, a two-time Australian Open champion and former world No. 1, struggled with her return to the tour after injuries and a mentally draining custody battle. Last year, she reached her first Grand Slam final since 2013 and proved that she was still capable of challenging for titles, winning the Western and Southern Open before the U.S. Open. Azarenka is one of the tour’s veterans, but her game does not look out of place among the young power hitters seeking to supplant former champions.

Jessica Pegula, the world No. 61, has had some recent success on hard courts. She reached the third round of the 2020 U.S. Open, and pushed Kenin to three sets at the Yarra Valley Classic in Melbourne last week. Pegula’s focus on deep, consistent shotmaking is an asset, but it can be undercut if she doesn’t move her opponents on the court well enough to unsettle them. If she can take control of points, there’s a possibility of an early upset.

Coco Gauff, a 16-year-old American, and Jil Teichmann, a 23-year-old Swiss player, played each other just last week in the first round of the Gippsland Trophy, with Gauff winning in three sets. Both players represent the brightest hope for the future of women’s tennis in their countries.

Teichmann has found the most success on clay, having won WTA titles in 2019 at the Prague Open and Palermo International. Gauff won her first title at the Linz Open in 2019 but has raised her profile most on the Grand Slam stage. She has reached the round of 16 twice, including last year at the Australian Open.

Like their last match, this one is bound to be close. Gauff’s tenacity and mental strength have been on display recently, although Teichmann has shown a little more inventiveness in her play, continually searching for her opponent’s weaknesses.

Stefanos Tsitsipas, of Greece, the fifth seed in the men’s singles draw, was in good form during the ATP Cup this month, defeating Alex de Minaur and Roberto Bautista Agut in straight sets. But inconsistency has been an issue throughout his career. His shotmaking is on par with many of the other top players, but he has struggled with securing victories on the biggest stages. A 2019 ATP Finals championship has been the highlight of his career, but aside from that he has won only ATP 250 events, the lowest rung of events on the ATP Tour.

Gilles Simon, of France, who reached a career-high ranking of No. 6 in 2009, emphasizes mental toughness as the most important aspect of tennis. A lack of focus on that part of the game, he suggests in his recent autobiography, is the main problem with the development of young tennis players in France. Although his best days are behind him, he can still provide a formidable challenge to Tsitsipas if he can create opportunities for winners through clever shot placement and prevent Tsitsipas from unloading his favored one-handed backhand.

Matches for the Night Owls: