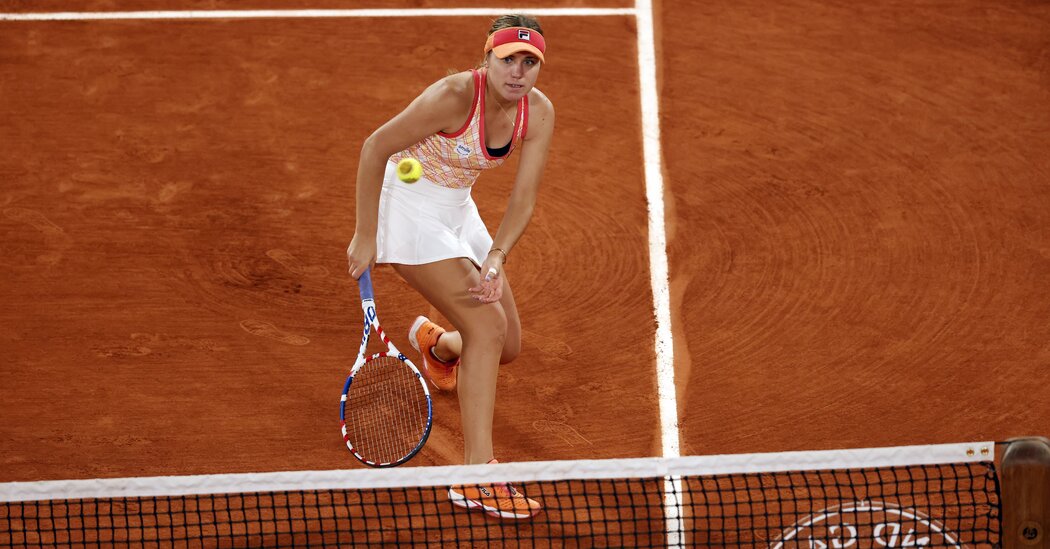 2020 French Open: What to Watch on Wednesday

As all four singles matches move to the covered stage of Philippe Chatrier Court, the players have more protection from the sour, chilly weather that has dogged Paris over the past couple weeks. Now, the second day of quarterfinals features some familiar champions and some players who do not usually go this deep in major tournaments.

Sofia Kenin, the Australian Open champion, is the highest seed remaining in the women’s singles draw. Although she has been pushed to three sets in most of her matches through the first four rounds, there has been little sense that she was ever beaten or unsure of how to pull herself out of tough situations.

This assuredness will serve her well as the stakes rise. Kenin is a favorite to win it all, and only one other player left in the draw has reached a Grand Slam tournament final.

Danielle Collins, who played her round of 16 match against Ons Jabeur on Tuesday because of a rain delay, is in a Grand Slam singles tournament for the 12th time. Aside from her trip to the semifinals at the 2019 Australian Open, she had always lost within the first week of a Grand Slam, often in the first round. Now, at Roland Garros, she has made her way to her second major quarterfinal.

With a physical three-set match behind her, Collins will have a hard time digging in, as Kenin will push her on the defensive. Collins will need to try to out-hit Kenin from the start, because if this match goes to three sets, Collins will surely be at a distinct disadvantage. Collins has beaten Kenin in their three previous meetings, but they were all on hardcourts.

Andrey Rublev and Stefanos Tsitsipas will meet for the second time since the start of this year’s French Open. On the Sunday that the French Open began, Rublev beat Tsitsipas in the final of the German Open in Hamburg in a thrilling three-set match. Now, a week and a half later, they meet for the fourth time in their careers.

Rublev, the 13th seed, has now reached his second straight Grand Slam quarterfinal. The offensive baseliner has a powerful forehand, which he hits almost exclusively in an open stance, even when not on the run. The wiry young Russian defies conventional understanding of how to power through the ball, as tennis has embraced open stances mainly as a way to recover to the center of the court more quickly.

Tsitsipas, the fifth seed, won the ATP Finals in 2019, but has a tendency to be inconsistent in Grand Slams. Although he reached his first Grand Slam semifinal at the Australian Open in 2019, he crashed out of Wimbledon and the United States Open in the first round last year. This is his first major quarterfinal since then, and Tsitsipas now faces the task of trying to outlast a player whom he has only beaten at the Next Gen ATP Finals in 2018.

Both players are offensive-minded, which on red clay can lead to over-hitting and unforced errors. Whichever player can keep himself in check is likely to be able to outlast his opponent.

Petra Kvitova, a two-time Wimbledon champion, has not thrived on the French Open clay through her career. She was a semifinalist at Roland Garros in 2016, during arguably her best year on tour, but that was the only time she had previously made it past the round of 16. Now, with a relatively easy draw, she has yet to drop a set on the way to the quarterfinals.

Kvitova tends to enjoy faster surfaces that complement her fast serves and flattened groundstrokes. Although clay can slow down these shots, this year’s clay has allowed the ball to skid more than usual, much to Kvitova’s enjoyment.

Laura Siegemund, a doubles specialist who won the U.S. Open this year with her partner, Vera Zvonareva, is having a breakout performance at this year’s French Open. In 2016, she reached the third round of both hardcourt majors, but has never been past the second round of a major since. Siegemund has used her crafty, angled shots to trouble opponents, but her run will probably be put to bed by the powerful groundstrokes of Kvitova.

Novak Djokovic, the top seed, has waltzed to the French Open quarterfinal. Even as Karen Khachanov tried to overwhelm Djokovic in the round of 16, he seemed unflappable. Without having lost a set, Djokovic is now matching up against his last opponent from the U.S. Open, Pablo Carreño Busta.

Carreño Busta, the 17th seed, reached the semifinal of the U.S. Open and was the reluctant beneficiary when Djokovic was disqualified for hitting a tennis ball that inadvertently nailed a line judge in the throat.

Carreño Busta took full advantage of the disqualification, going on to beat Denis Shapavolov in five sets, and then barely losing to Alexander Zverev in five sets as well.

In the first set between Carreño Busta and Djokovic at the U.S. Open, it was Carreño Busta who seemed to be in control of the match. Now, on his favored surface of red clay, the Spaniard may have a chance to prove that he could have won that match on his own merits.