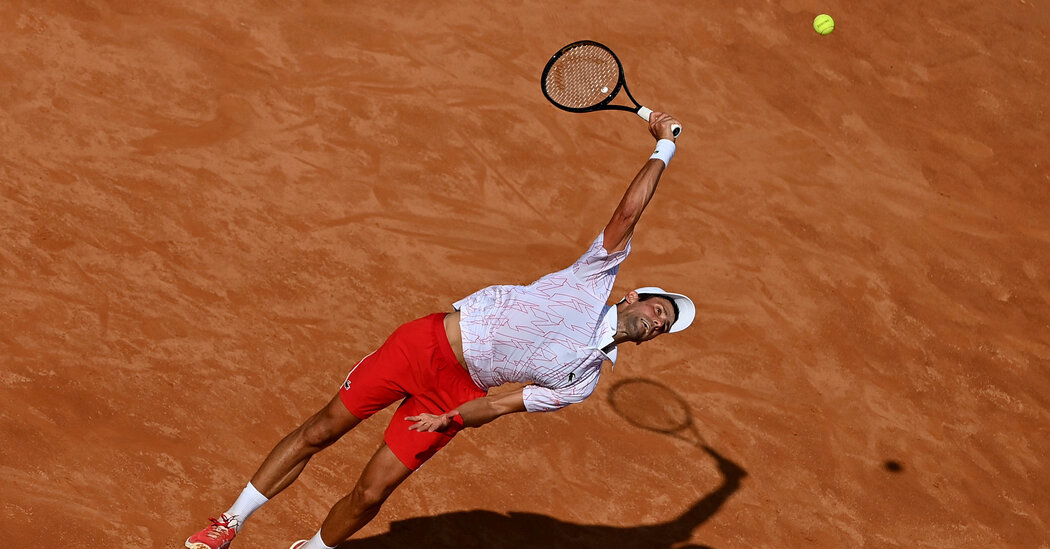 2020 French Open: What to Watch on Tuesday

With the last day of first-round matches on Tuesday, the French Open can truly be considered well underway. While the main court, Court Philippe Chatrier, has featured a limited number of fans, the rest of the grounds continue to be eerily empty.

But don’t let that detract from the excellent tennis on display, especially with Novak Djokovic and Aryna Sabalenka starting their campaigns.

Because of the number of matches cycling through the courts, the times for individual matchups are at best a guess and are certain to fluctuate based on the times at which earlier play is completed. All times are Eastern.

Djokovic, the top seed and No. 1 men’s singles player, is in a career race with Rafael Nadal and Roger Federer. After a disqualification from the United States Open this year, one could think that Djokovic would tighten up, having lost a chance to win his 18th Grand Slam title. Djokovic, however, kept his head down and headed to the red clay of Europe to prepare. He won the Italian Open decisively, dropping only one set.

Although Djokovic is more efficient on the hard courts of the Australian and U.S. Opens, he won a French Open title in 2016. Nadal, the king of Roland Garros with 12 titles, had to withdraw before the third round that year because of a wrist injury. Djokovic completed his career Grand Slam and also became the first person since Rod Laver to hold all four Grand Slam titles at once. To win the title this year would be significantly harder, but would almost guarantee that Djokovic would have time to catch up to his rival’s trophy count before the rising youngsters knock all three of them off the podium.

Ymer, a 22-year-old Swedish player, was a highly rated junior player, reaching the finals of the Junior Wimbledon singles tournament at the age of 17. Now, he has struggled to gain traction on the ATP Tour, having been able to reach the second round of a Grand Slam tournament only twice. But his game shows a lot of promise. He has a deft touch which, coupled with a powerful serve, can be effective against most players. In his second-round match at the 2020 Australian Open, he lost to Karen Khachanov in a five-set epic filled with excellent shot making, eventually succumbing to the Russian’s experienced consistency.

Ymer will have the slimmest of chances in today’s match, but at the least, you can get a good look at a player who in a few years’ time might be challenging top-10 players consistently. 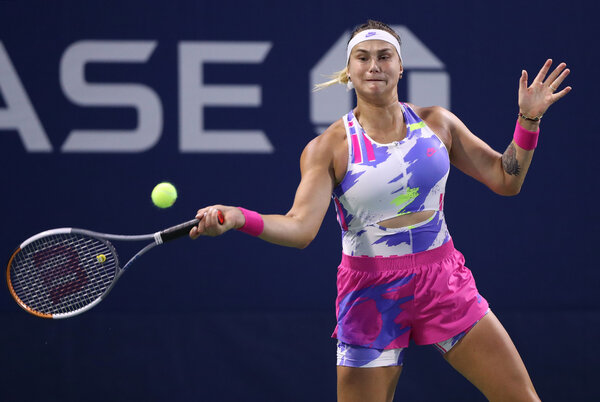 Sabalenka, the eighth seed, has traditionally underperformed in Grand Slam tournaments. Although she has been ranked as high as ninth in the world, she has never been past the Round of 16 at a Grand Slam event, and since the 2019 French Open, she hasn’t advanced past the second round. It’s possible to chalk it up to unlucky draws: at this year’s U.S. Open, she faced Victoria Azarenka, an eventual finalist, in the second round. Now, with a relatively friendly draw, she’ll be hoping to push forward into the second week at Roland Garros.

Pegula, ranked 60th in the world, had her best Grand Slam result with a run to the third round at the U.S. Open. On her favored hardcourt surface, she stuck through a pair of arduous three-set matches before losing to the sixth seed, Petra Kvitova. It will be difficult for Pegula to repeat that feat here. Her flat, powerful two-handed backhand will not penetrate as deeply, and against Sabalenka, who moves well, it will be difficult for her to take control of points and dictate play.

Clay is generally considered to be the most tactical surface. Because of the slower nature of the court, players tend to need to set up winners well in advance, maneuvering their opponents into untenable positions shot by shot. That’s why at the French Open especially, it can be great to watch two doubles specialists play each other.

Siegemund, fresh off a women’s doubles championship with Vera Zvonareva at the U.S. Open, has always preferred hardcourts. Her best Grand Slam singles results have been third-round finishes at the Australian and U.S. Opens in 2016. Although it seems unlikely that she will be able to ride the momentum onto the red clay, her well-angled shots should prove difficult for Mladenovic to handle.

Mladenovic, ranked 44th, reached the quarterfinals of the French Open in 2017, but has never been past the third round at Roland Garros outside that run. But she won the 2019 doubles championship alongside Timea Babos. Mladenovic’s variety of shots, including a rarely used heavy topspin ball, can keep even the most steadfast opponents on the back foot, and she should be able to outfox her German opponent today.

Shapovalov, the ninth seed, seems to grow in ability with every tournament. He reached his first Grand Slam quarterfinal at this year’s U.S. Open, and transitioned almost seamlessly to the clay-court season with a run to the semifinals at the Italian Open. Shapovalov, 21, possesses an incredibly powerful and versatile one-handed backhand, which he can use to pin players behind the baseline with powerful shots, or draw them into uncomfortable positions with angled topspin. He seems well positioned to make another run into the second week at a Grand Slam tournament.

Simon, ranked 54th, is in the twilight of a relatively successful career. At his peak, he was ranked sixth in the world, and he has won 14 titles on the ATP Tour. But he has been knocked out of the last seven Grand Slam tournaments in the second round. Although Simon is much more seasoned than Shapovalov, that can take a player only so far. Experience does not come with guarantees, especially against young players who have beaten multiple World Tour finalists over the past couple of months. Simon may seek to undermine Shapovalov’s confidence by changing up his shotmaking frequently, but expect Shapovalov to put on another display of why he is considered a potential future Grand Slam champion.

What are the new financial help packages for people after October?
World News