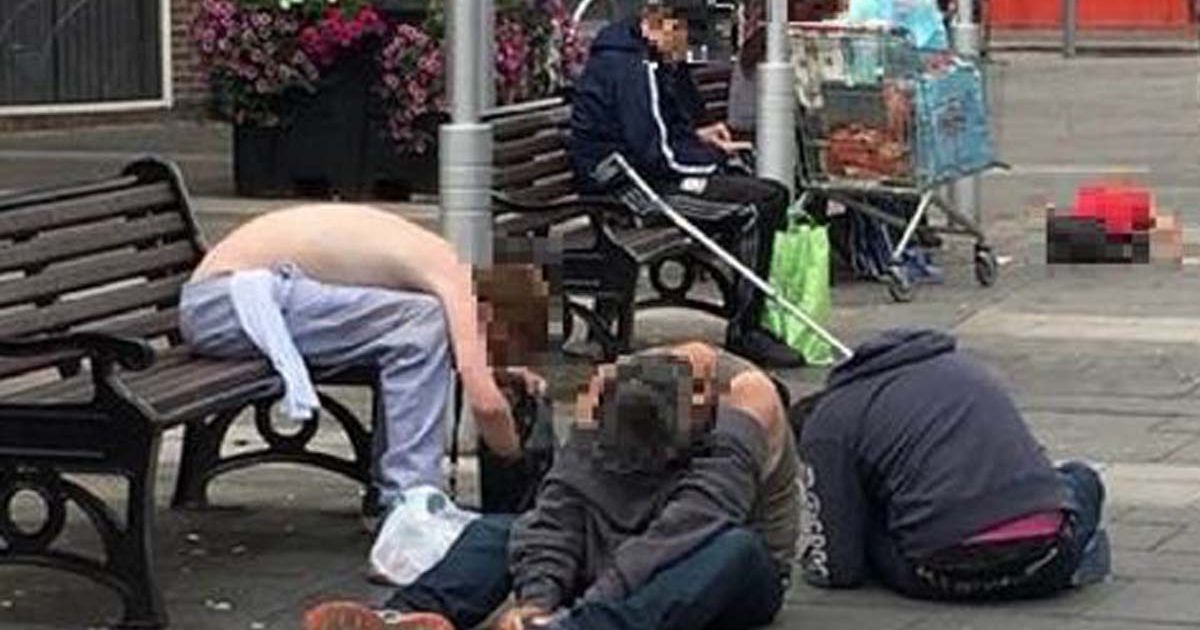 Ruthless dealers are ­luring children into becoming Spice mules with gifts such as Nike ­trainers, mobile phones and bikes, ­campaigners have claimed.

Children as young as 11 have been arrested for selling the zombie drug, often to homeless addicts.

It comes as Prince William spoke out against the drug as he visited a homeless shelter yesterday.

Cynical gang bosses are making thousands of pounds a year by using youngsters to peddle their misery since the former legal high was criminalised in 2016.

Ex-addict Phillip Hartley has been trying to highlight the ­nightmare of Spice, which leaves users in a trance-like state, in his home town of Doncaster, South Yorks.

The 35-year-old, who works with the homeless, told how he sees ­children running the drug frequently.

Phillip said: “I see it every day, these kids flying around on their pushbikes going from beggar to beggar with Spice. They’re being groomed into thinking the big, hard-man life is cool. I’m trying to make my town safe for my three kids and teach these kids it’s cool to care and be compassionate. Spice is an epidemic in this country.”

The 11-year-old arrested was held in London last year, according to a Freedom of Information request. The youngest held in ­Leicestershire was 14 and in Greater Manchester 15.

She added: “Younger and younger children being exploited.

“Earlier this year there was a nine-year-old boy dealing in cannabis five minutes from his school.

“Perpetrators are clever at getting into the heads of young people. They will identify the trauma they have been through and manipulate it.

“They are vulnerable. If they are being told we can make your life better, they are going to take it.

“Some perpetrators target the ­families, buying essentials that some families simply can’t afford, such as washing machines and sofas.”

Manchester Metropolitan ­University criminologist Dr Rob Ralphs said: “The most at risk are young people in care. Young people don’t face the same sanctions, they are less likely to be jailed so are more likely to take risks in a street market.”

Prince William spoke about Spice on a trip with Kate to a Central London hostel run by homeless charity The Passage. He said: “The fact it was a legal high and it has led to such ­addiction is just terrible.”

Mick Clarke, chief executive of The Passage, added: “There was real empathy that came from the duke and duchess. I think they ­appreciated hearing first-hand the terrible effects of Spice. I think they were shocked.”

Dr Ralphs said the Spice epidemic started in prisons and has now spilled onto the streets. In a study behind bars he found the smoking ban in jails has fuelled the problem as inmates have turned to the cheap drug after the black market price of tobacco rocketed to £500 a pouch.

Spice, bought for as little as £20, is sprayed on anything from letters to drawings and smuggled inside.

Dr Ralphs added: “You’ve got people who would have been smoking rollies now smoking Spice.”

A 23-year-old former inmate who tried the drug for the first time at 17 in jail said: “It’s really bad in prison. I reckon 80% are on it.” The Prison Service insisted it was trying to tackle the problem with extra funds.