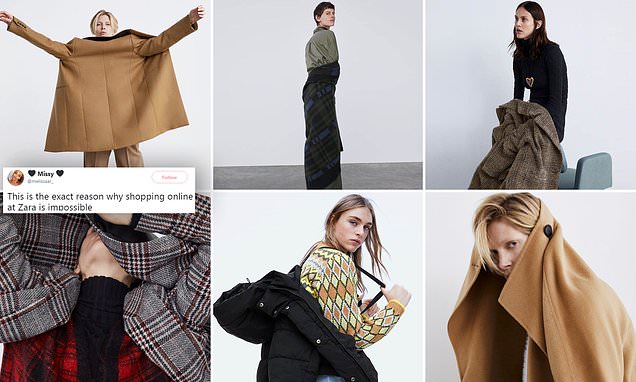 Zara mocked by shoppers as model poses in jacket BACKWARDS

‘Shopping online at Zara is impossible’: High-street giant is mocked by fans over models’ bizarre poses – including one wearing a coat BACKWARDS

High-street brand Zara has something of a cult following, but even its die-hard fans may struggle to look past its bizarre approach to displaying its clothes online.

One British fan took to Twitter to complain that she found it ‘impossible’ to shop online at the store after spotting a model wearing a coat backwards.

The tweet quickly gained thousands of likes and shares as one branded it a ‘disaster’ while others joked that looking at the site made them ‘breakdown’.

And it wasn’t long before fellow shoppers pointed out that this isn’t an isolated incident, sharing snaps of garments worn in bizarre fashions.

Other questionable looks included a model with a coat wrapped around her arms, another wearing the coat back to front resting on her lap, a jacket pulled over a model’s head, and one coat that transforms into a backpack. 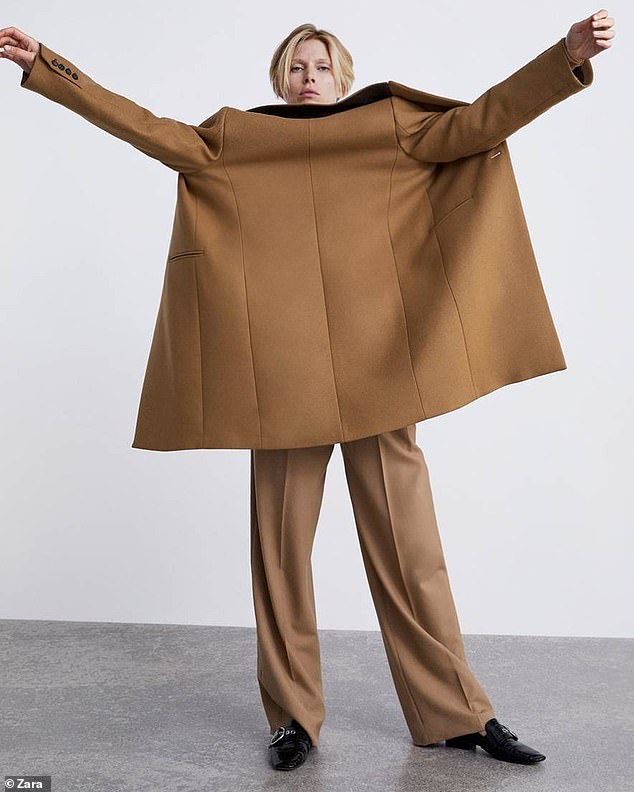 A Zara fan browsing the online store for coats came across a model in a peculiar pose, wearing the brown masculine jacket which retails at £99.99 back to front 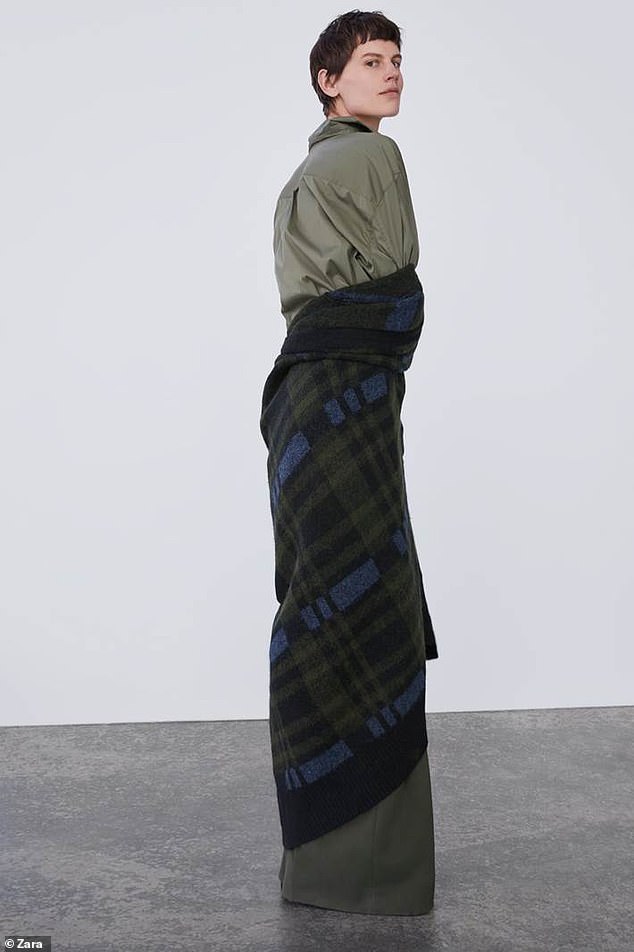 Taking a quick look elsewhere on the site, another model in a full length dress appears to be wearing a £79.99 check coat fastened up but shrugged down on to her arms

Twitter user Melissa, a PR assistant, shared the image of the model wearing the coat backwards saying it was the reason why she found it ‘impossible’ to shop online at Zara 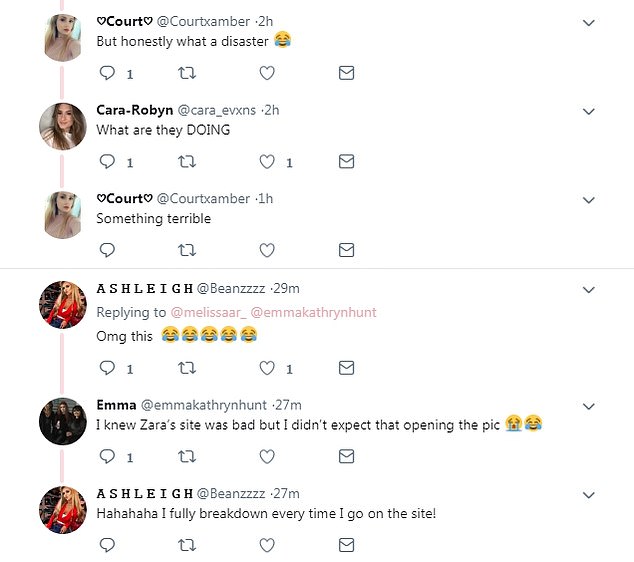 The tweets quickly gained thousands of likes and shares, as people shared her pain saying it was a ‘disaster’ and that they avoided going on the site instead preferring to go in store

Online shopping fan Melissa, a PR assistant from Kent,  sparked the conversation when she shared the unusual modelling shot on Twitter.

Captioning the image she wrote: ‘This is the exact reason why shopping online at Zara is impossible.’

Replying to the tweet one wrote: ‘Haha. so true. STOP with the editorial type photos and just show me the damn clothes.

‘Hahahaha I fully breakdown every time I go on the site!’ added another.

Some questioned whether the site was a ‘social experiment’ as one shopper complained: ‘But honestly what a disaster.’ 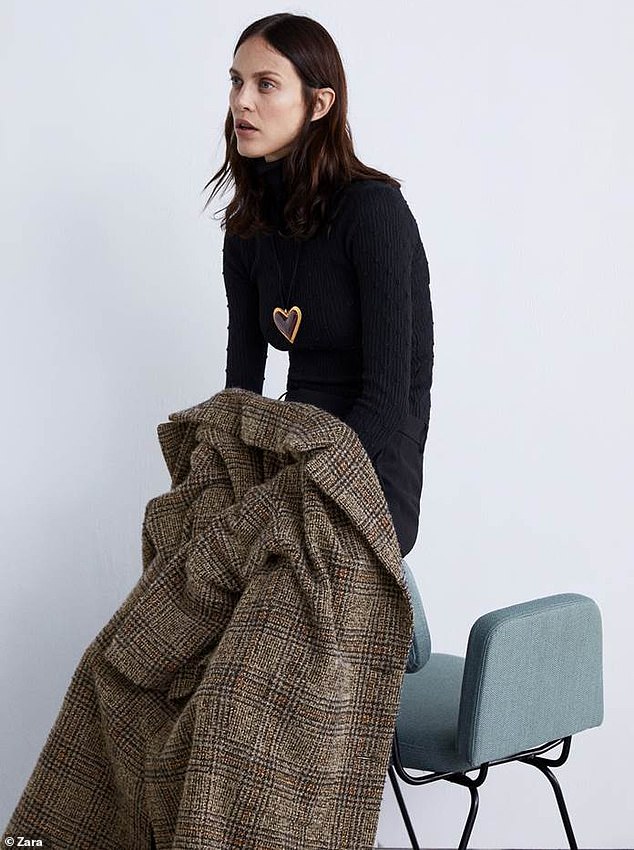 While there are several images on each product detailing the ‘correct’ way to wear each coat it’s still hard to see past the creative images. A model wore this £119 over-sized check coat on backwards resting on her lap

One fan defended the online fashion brand for its unusual approach, saying if you were a ‘true Zara lover you see past their flaws’ 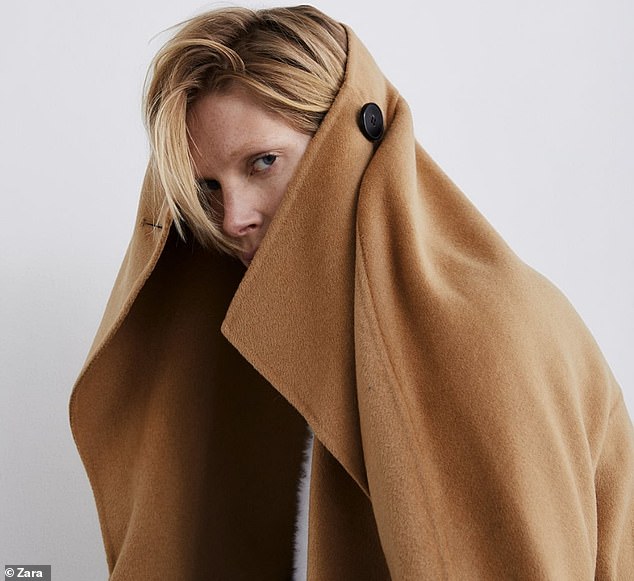 A model took this £119 coat which features a wraparound collar quite literally, tugging it high over her head 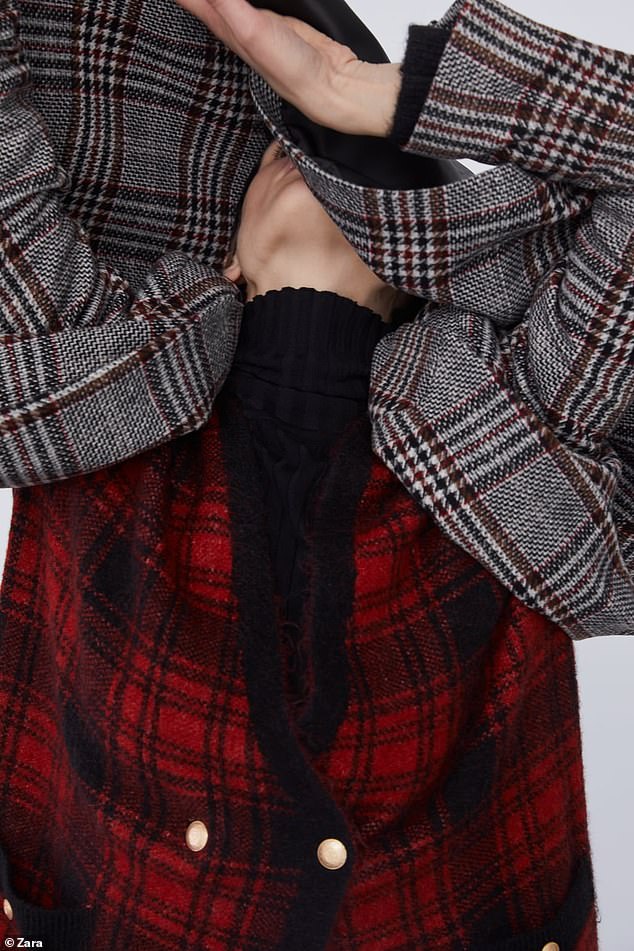 Not one coat was enough for this model, styling the layered look she brought one coat high over her head hiding her face 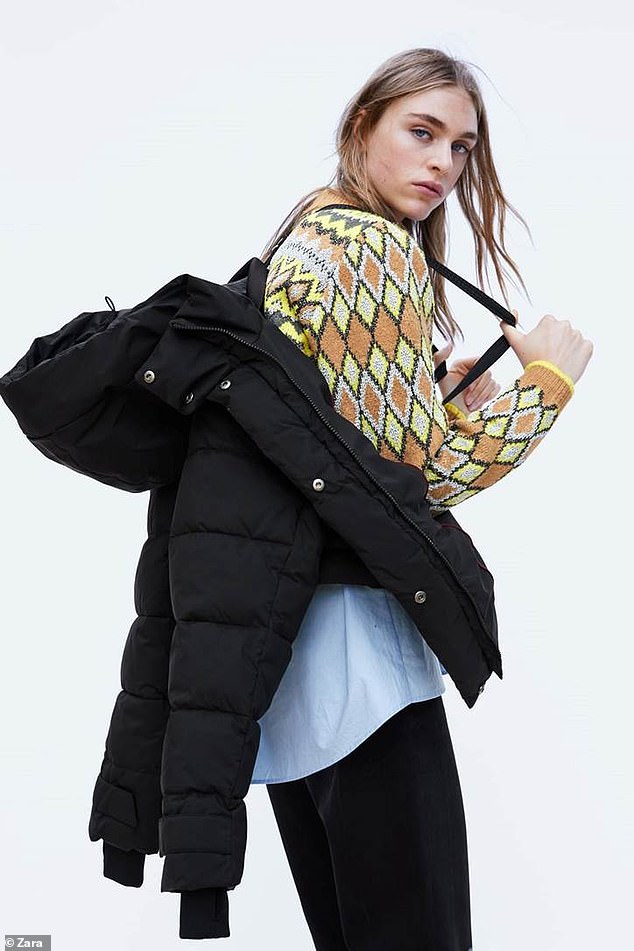 Not just a coat but a backpack too. This £79.99 jacket with an adjustable hood features detachable inner straps and a zip for converting it into a bag, front zip pockets and a zip-up front 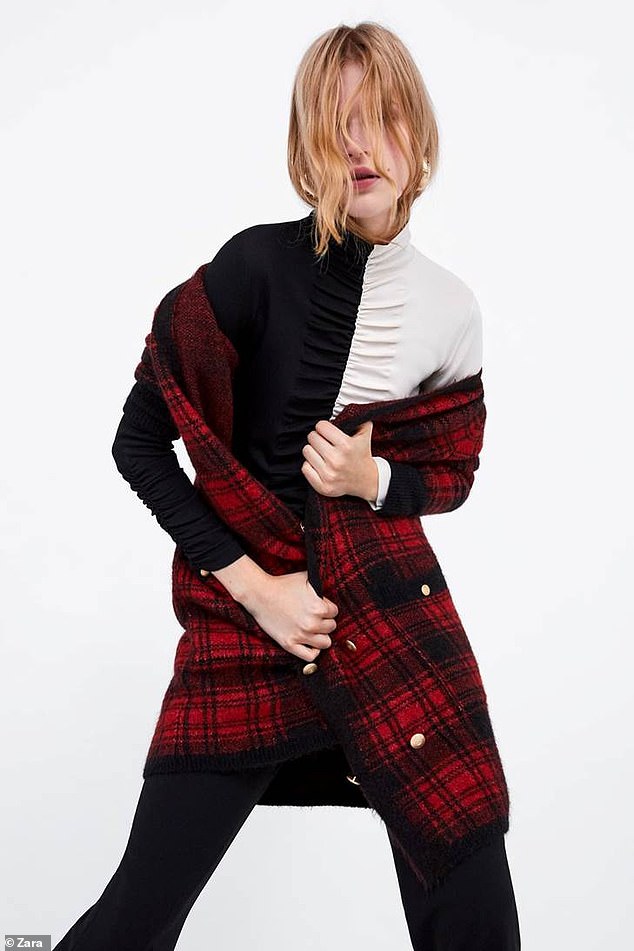 Extreme shrobing has been a favourite among A-listers this year, which has filtered down to the high-street as shown by this model who wears the £69.99 checked jacket around her arms

There are several images included in each product showing the ‘correct’ way to wear each coat, but that still didn’t stop shoppers mocking the creative images.

One joked that she was ‘hysterical’ and another said ‘I live for this’, but a dedicated Zara fan defended the site.

‘If you are a true Zara lover you see past their flaws and click on the photo for a normal photo. It’s artsy I love it hahahah.’

13 Deodorants That Will Keep Your Pits Fresh No Matter What

Schoolgirl, 16, who died was ‘terrorised by shameful bullies’
World News