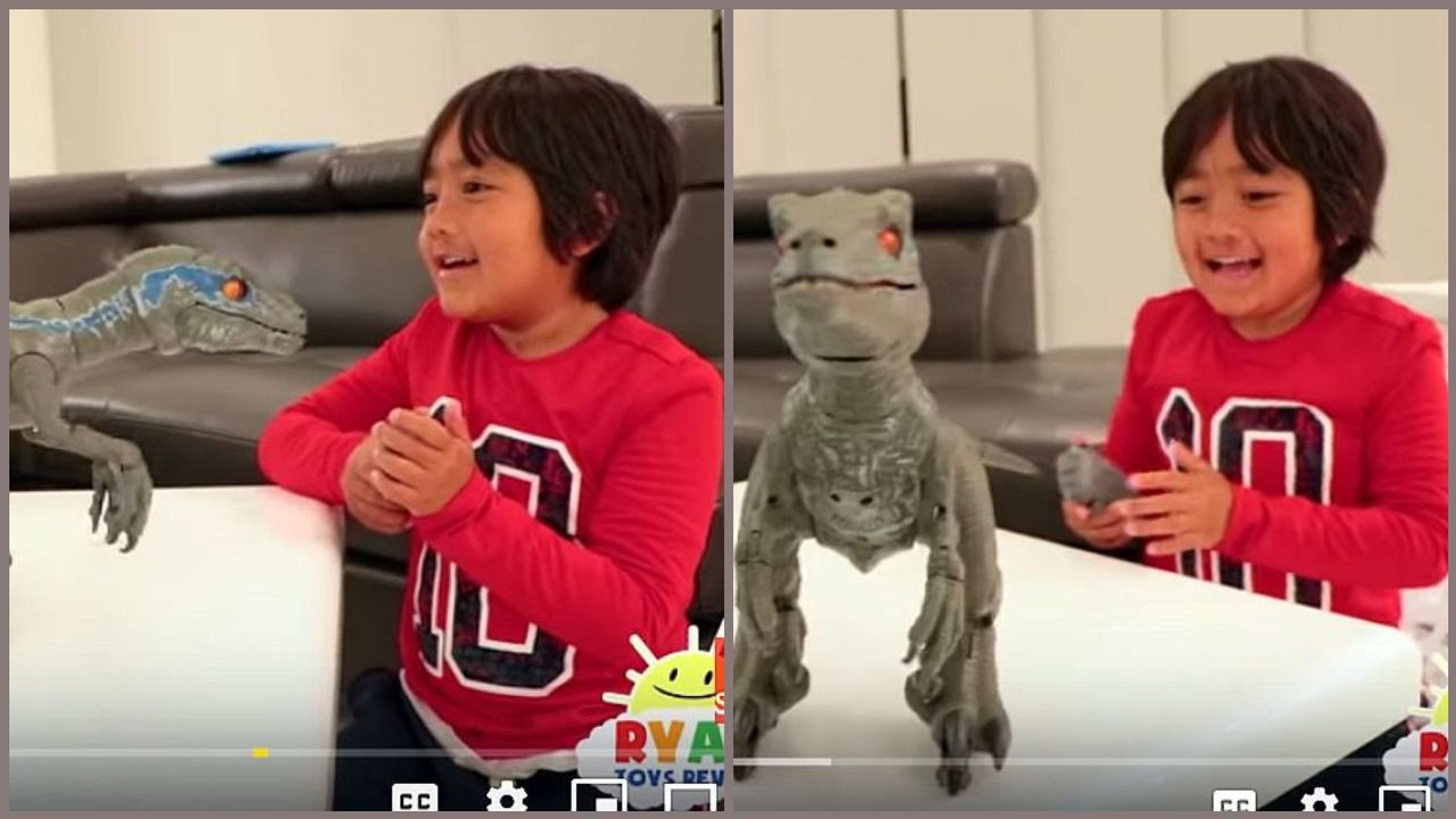 Our bosses may suspect some of us just play around all day.

Maybe that’s not such a bad idea. It certainly paid off for a 7-year-old boy named Ryan who earned $22 million last year for uploading YouTube videos of him playing with toys.

Forbes just released its highest-paid YouTube stars of 2018. The list is packed with fresh-faced earners who made millions by entertaining followers with gaming skills, pranks, make-up tutorials and merchandise reviews.

Ryan, of Ryan Toysreview, muscled his way to the top with his channel, which has 17.3 million followers. He launched it in 2015.

The secret to his success is ridiculously simple.

Actually, there must be more to his success than that. Maybe? But Ryan, whose family won’t reveal his last name, said in an NBC interview his personality is key.

That’s certainly true. The videos aren’t particularly slick but Ryan is cute as a button.

This particular video racked up 1.6 BILLION views. In it, Ryan is on the hunt for huge surprise eggs containing Disney Cars and Paw Patrol toys that are hidden inside a giant inflatable water slide.

How does Ryan make his money?

About $21 million comes from pre-roll advertising on his channels, Forbes reported. As the views mount — and Ryan has more than anyone else on Forbes’ list — so do the automated ad dollars.

The rest of the money comes from sponsored posts. Other YouTube stars earn far more in sponsored posts but Ryan’s audience, which happens to be children, really doesn’t have a lot of disposable income.

Ryan also has his own line of collectibles, Ryan’s World, sold at Walmart.

Some people know him for his role as Dirk on the Disney Channel series “Bizaardvark.” He is also well-known for his YouTube channel, which has over 17 million subscribers.

British gamer Daniel Middleton was last year’s top earner. He’s been gaming on camera and selling merchandise such as backpacks, hoodies and hats for six years. He has a following of 20.7 million.

Ireland’s energetic Seán McLoughlin, 28, is a video game commentator with more than 20 million subscribers. Despite his foul mouth, he still managed to do a series with Disney and is developing content for live-streaming platform Twitch, Forbes reported.

The Swedish gamer commentator, Felix Kjellberg, weathered the criticism of making several anti-Semitic and racist videos in 2017 to remain one of YouTube’s top earners. Advertisers returned, sponsoring up to $450,000 for a video, Forbes reported.

Here’s another top earner who’s controversial. In early 2018, YouTube yanked Paul’s channels from its Google Preferred ad program after he uploaded a video that showed an apparent suicide hanging from a tree in Japan. The YouTube prankster, 23, apologized, but the damage was done. He still ranks in the Top 10, however.