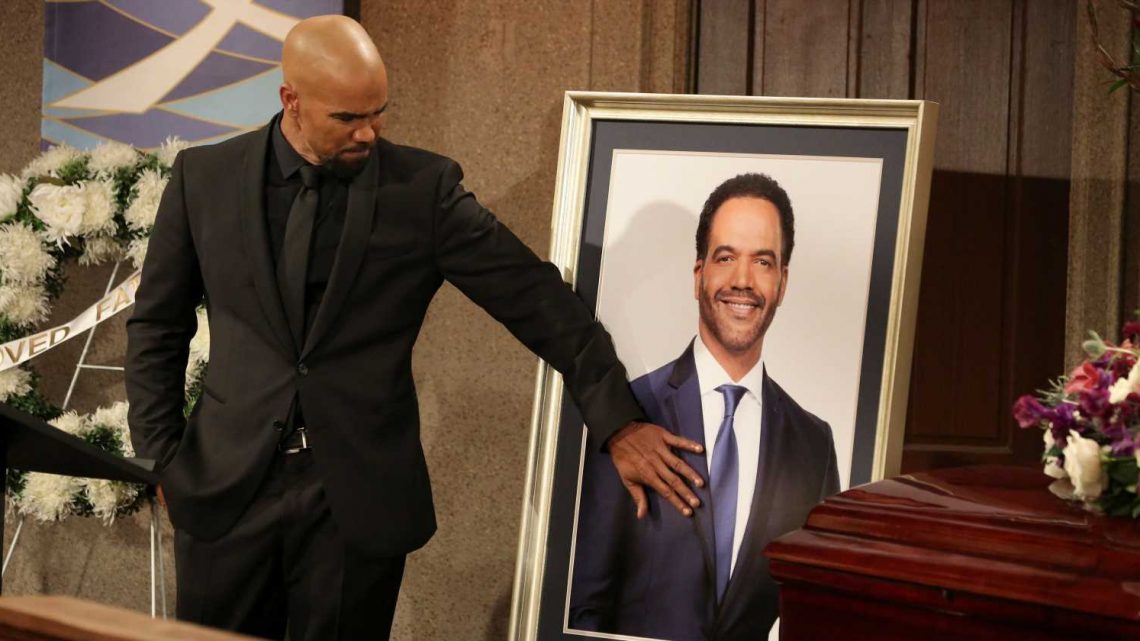 LOS ANGELES – As “The Young and the Restless” head writer Josh Griffith screened the episode in which Neil Winters’ family learns of his death, the tears began to flow.

Viewers might brace for a similar reaction when the CBS daytime serial says farewell to Neil and to Kristoff St. John, the actor who played the character for nearly three decades. St. John, who died at age 52 in February of heart disease, helped cement the prominence of major African-American characters in the traditionally white soap opera world.

During a four-episode story arc airing Tuesday through Friday, Neil’s friends and family gather in fictional Genoa City to remember the businessman whose full life included complicated relationships and a battle with alcoholism.

People need “to prepare themselves for a very profoundly emotional journey over those four days, and have lots of boxes of Kleenex right by,” Griffith said. “But in the end, as we knew that Kristoff would want it, it goes from being a passing of him to a celebration of his life.”

Shemar Moore, who appeared on "The Young and the Restless" as Neil Winters' (Kristoff St. John) brother, Malcolm, returns to the show for a four-episode remembrance of St. John, who died in February. (Photo: Michael Yarish, AP)

Shemar Moore, star of CBS’ prime-time series “S.W.A.T.,” returns to what fans know as “Y&R” for two episodes as Malcolm Winters, Neil’s brother. Other returning alumni include Christel Khalil and Eileen Davidson, while Stan Shaw, St. John’s longtime friend and co-star in “Roots: The Next Generations,” appears as the reverend at Neil’s funeral.

A special airing April 29 (12:30 p.m. EDT) will pay tribute to St. John and his nearly 28-year tenure on “Y&R” with clips from the show and current and former cast member sharing memories of him, including Victoria Rowell, who played Neil’s wife Drucilla for a number of years.

It was six years ago that the serial honored another beloved star, Jeanne Cooper, who died at 84 in 2013 after playing Katherine Chancellor for nearly 40 years. “Y&R” owed the same to St. John, said Griffith, co-executive producer of the serial.

The actor didn’t trumpet his part in advancing on-screen inclusivity, even if others did.

“He was too humble and grounded to consider himself someone who had broken any ground. He was just an actor who came to work doing something he loved, and he never really approached it any other way,” Griffith said.

St. John knew he was lucky to be a working actor and always “did the craft and the job with the respect it deserved,” James said.

Putting race aside, “he valued being a good human being in a position of influence with the entertainment industry. And that’s what I took from him — not just the kind of black man he was, but the kind of man he was in general.”

James said he learned by example how to be a “gracious co-worker.”

Malcolm Winters (Shemar Moore) toasts his late brother Neil, who was portrayed by actor Kristoff St. John, on a special episode of "The Young and the Restless." St. John died in February. (Photo: Michael Yarish, AP)

Although St. John suffered personal setbacks and tragedies, including the death of his son Julian in 2014, he “always made it a point to come to work and not only be the most professional you could be, but to bring a levity and a true joy to the work environment,” James said.

The possibility of casting another actor as Neil was never considered, said producer Griffith.

St. John gave the character “his humanity, his joy of life,” Griffith said. And as a “strong African-American character — successful, powerful, passionate — he opened the doors for so many actors. He was just a wonderful human being.”