Home » Lifestyle » Yankees Opening Day was a win despite their loss 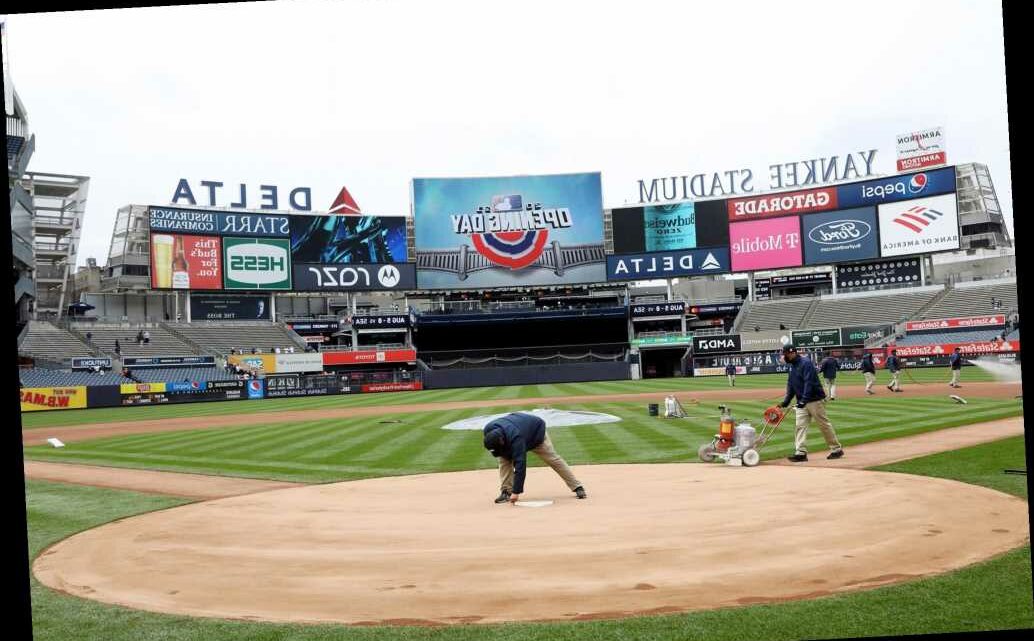 Yankees Opening Day was a win despite their loss

Mo Rocca on searching for Peggy Lee in North Dakota

Celebrate April Fools' with a roundup of celebrity pranks

Steven Spielberg directing his own semi-biopic

For Yankees Opening Day last week, here’s what it took to make a mitzvah: The stadium seats 50,000. I saw more cops in cars than the allowed 10,850 fans.

One exec: “At only 20 percent capacity, this was our smoothest opening ever. People showed early. Normally, over 20,000 cluster at just one gate trying to get in. Starting last March, we’ve worked on this for a year. Fans had to present vaccine cards as proof.

Some not pleased to get tested. Either had no time or didn’t believe in it. We didn’t even make enough today to pay for what cleanup protocols cost.”

Checking began at the 161st Street train stop. Gate 8 was the official testing site. Masks required. Elevators that could accommodate an Escalade allowed only two people or one family per trip. Rows and space between seats were tied with rope so nobody could change locations.

“Health care was overseen by professionals who understand strep, flu, bacteria and other pathogens. Hospital specialists who trained doctors and staff were those we worked with. It was CDC guidelines. Hands washed, tables, chairs disinfected. Filters in the circulation. Inside air had the highest level of penetration. Sanitized detergents swiped door handles, buttons, everything swabbed, things taken to a lab for examination. The staff’s cleaning, hygiene, disinfectants will from now on remain in place.”

Concessions had different packaging. No shared condiments. In a private upstairs suite where guests always get VIP food, it was individually wrapped and sealed single portions: one hot dog, one hard plastic container with two shrimp, another stiff plastic container with sealed, sliced fruit. Nothing shared. Plastic throwaway spoons, knives and forks. No open bowls of popcorn.

Protocols were the same as used in the long-ago Ebola crisis.

Opening Day the team lost — but the stadium won.

A new “Bewitched” is in the works. In 2005, we had the Nicole Kidman-Will Ferrell movie, but it all began with the ’60s-’70s TV series, starring Elizabeth Montgomery . . .

Ray McGuire, one of NYC’s 900 Dem candidates trudging for mayor, has spent $3.7 mil on his four-month campaign. Pros say the only winner is his consultant, who’s earned a fortune . . .

More. Long Island’s Ian & husband Adam Siegel launched a line of luxury candles to shed some light on what has been a dark year. Naming it after their hound, one candle’s scent is French Bulldog Kisses . . .

Some eateries are empty, but not Tudor City Steakhouse. There, overlooking the UN, Marvin Scott vacuuming up a T-bone.

Lopez? After basic training with Puff Daddy, we’re talking more lovers than hairpieces. Seems like she’s the one who wanted out from Rodriguez, who might pass up a full meal — never a full female (although they deny it). So he needs her. So he cajoled, canoodled and did whatever comes instead of their “We’re getting married” refrain, which I . . . told . . . you . . . they’re not.

Shove visiting Idaho. Austrian Airlines just launched three weekly flights to Zaporizhzhia. Which everyone knows is next to Lviv and downtown Kyiv in Ukraine (only known to Hunter Biden). It’s on the Dnieper river near Khortytsia island. Home to the Museum of Zaporizhian Cossack History, Dubovy Gai park, the Regional Lore Museum of Scythian and medieval history, plus the Boguslayev Technical Museum, which has motorbikes.

Forget it if you’re hot on shopping.

The late Sen. John McCain’s wife, Cindy, who delivered the state of Arizona to whatever state Biden is in, is up for Ambassador to Great Britain. However, daughter Meghan’s making that shaky. A view is Meghan’s mouth opens a little too wiiide and her view’s a little too loud on “The View,” which might cause trouble for Mama’s appointment. Mrs. McCain’s getting attention, but there are people mumbling about Meghan.

Manhattan? Oh, please. It’s gotten so bad that even the hookers on 42nd Street are wearing crash helmets.