Home » Lifestyle » ‘Wrestle it to the ground’: Inside the dangerous world of Chinese bullfighting 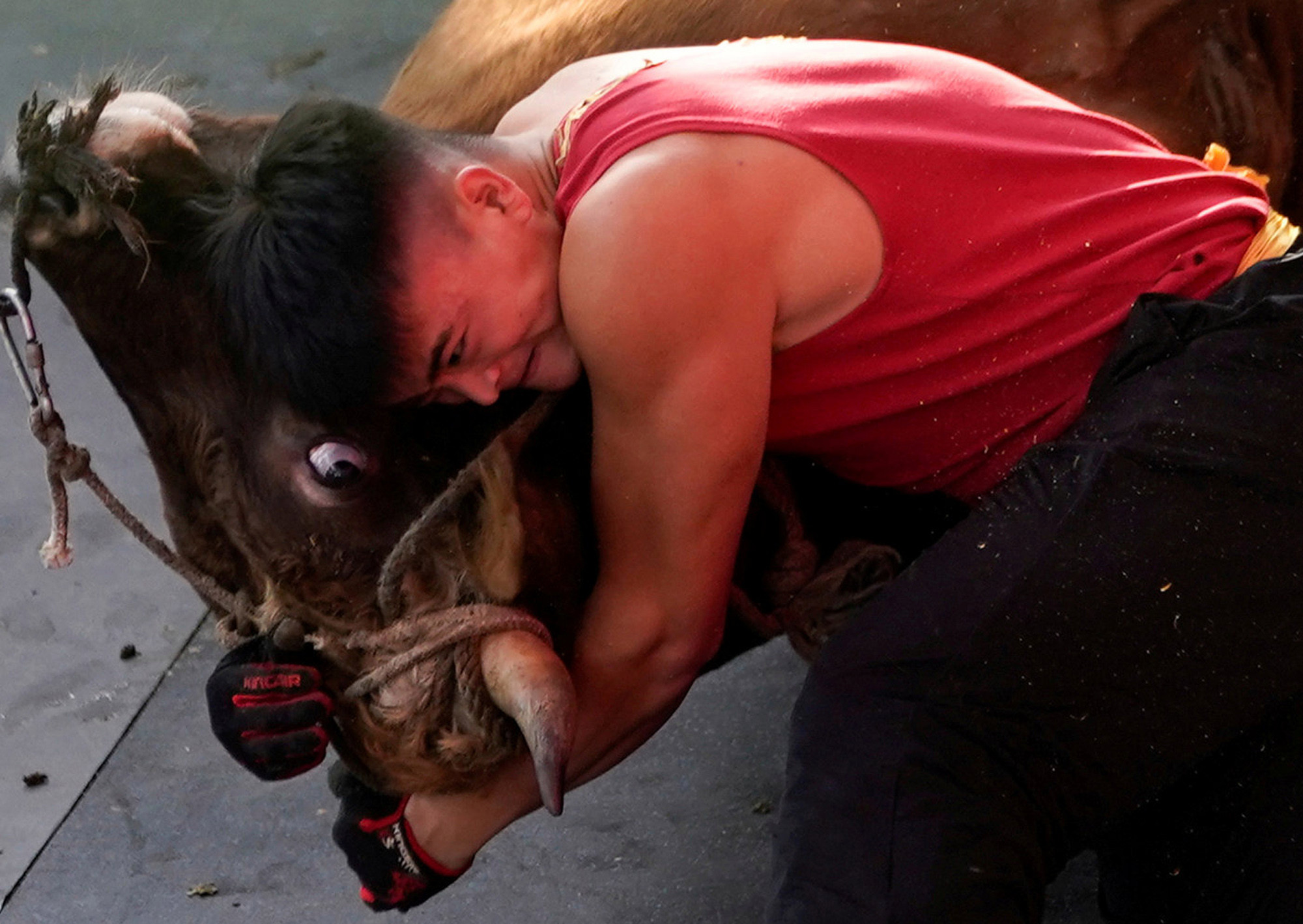 ‘Wrestle it to the ground’: Inside the dangerous world of Chinese bullfighting

BEIJING/JIAXING, China – Several times a week, kung fu teacher Ren Ruzhi enters a ring to spar with a bovine opponent around five times his weight and capable of killing him.

Ren’s mixing of martial arts and bullfighting worries his mother, but the 24-year-old has never been hurt. Besides, he says, grappling with a snorting bull is exciting.

“It symbolizes the bravery of a man,” Ren told Reuters in Jiaxing in China’s eastern province of Zhejiang.

Unlike Spain’s more famous sport, the Chinese variant of bullfighting involves no swords or gore but instead fuses the moves of wrestling with the skill and speed of kung fu to bring down beasts weighing up to 882 pounds.

“Spanish bullfighting is more like a performance or a show,” said Hua Yang, a 41-year-old enthusiast who watched a bullfight during a visit to Spain.

“This (the Chinese variety) is truly a contest pitting a human’s strength against a bull. There are a lot of skills involved and it can be dangerous.”