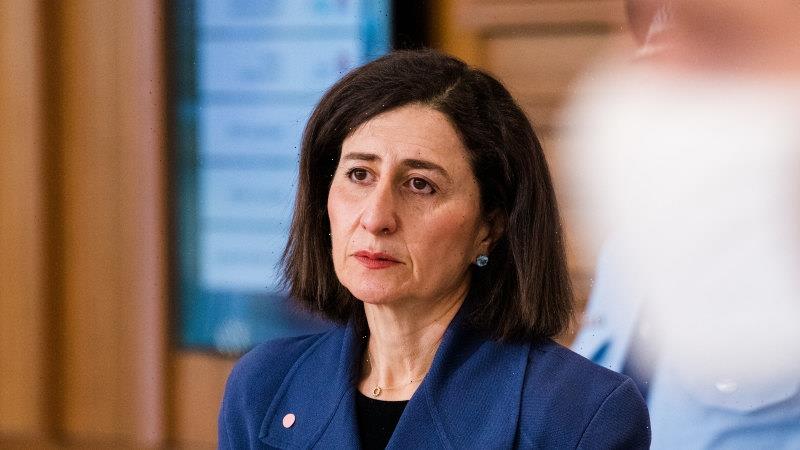 Worst not over amid fears virus is spreading beyond Sydney

NSW Premier Gladys Berejiklian has abandoned the promised full-scale return of HSC students to classrooms as case numbers remain stubbornly high and fears mount that the virus had spread beyond metropolitan Sydney.

With 1000 contact tracers now working on stopping the spread of COVID-19 in NSW, authorities were becoming increasingly concerned about the quantity of virus fragments found in waste water around Newcastle, Lake Macquarie and southern Port Stephens. There have been no cases recorded recently in those areas. 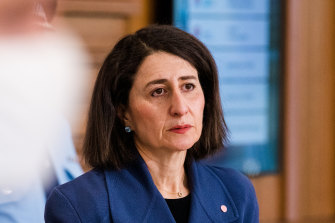 Ms Berejiklian on Wednesday conceded her ambitious plan to get year 12 students back to face-to-face learning would need to take a different form than expected, making a “humble guess” that the worst of the outbreak was yet to hit.

She said it was unlikely there would be a uniform policy for schools across Greater Sydney, given areas like south-west and western Sydney had higher levels of transmission than others.

The decision to walk back the commitment came as the state recorded 233 new cases and the sudden death of a 27-year-old unvaccinated man and a woman in her 80s.

Aude “Ady” Alaskar, 27, is the youngest person in NSW to die with COVID-19. He died on Tuesday night after what health authorities have described as a sudden deterioration. His death has been referred to the NSW Coroner.

With just 93 of the new cases in isolation for their entire infectious period, Ms Berejiklian said she feared case numbers would get worse.

“If you look at the number of people infectious in the community, it indicates that perhaps we haven’t reached our peak,” she said.

“I’m not a medical expert, that is my humble guess … given the numbers that I see every day.”

In a private briefing from Education Minister Sarah Mitchell to MPs late on Wednesday, department officials said they would recommend schools adopt flexible models to stagger the return of year 12 students, with one suggested option to split students down geographic lines.

Such a model could be used for larger schools with students across a wide catchment, meaning students from Sydney’s north would attend class one day, and students from the south another.

The NSW Teachers Federation and the Independent Education Union on Wednesday – together representing almost 100,000 teachers and staff from 3000 schools – issued a rare joint statement calling on the government to abandon its back-to-school plan.

The statement called for trial HSC exams to be conducted remotely, and for the government to consult with the sector to develop a plan for students to return to face-to-face learning from August 28, when the lockdown is due to end, if it was safe to do so.

Catholic Schools NSW has also raised concerns about the return of year 12 students. Several groups of students have launched petitions, citing concerns about safety and the potential spread of the virus.

Vaccinations of year 12 students from COVID-19 hotspots will begin on Monday, with thousands of students to receive a booking link this week. Eligible students will be bussed to Qudos Bank Arena at Homebush for a vaccine over five days.

Of the new local cases reported on Wednesday, 93 were from south-west Sydney, 65 from western Sydney and 54 from the central Sydney district, where numbers have been rising in recent days.

Chief Health Officer Kerry Chant said the bulk of cases were coming from workplaces and households where people had been in the community while infectious and a small number had not isolated when directed.

Dr Chant also rejected reports that pressures on the state’s contact tracing system had caused NSW Health to ask workplaces to conduct their own contact tracing.

Workers from centres in Erskine Park, Marsden Park, Arndell Park, Eastern Creek, Blayney, Yennora and Smeaton Grange have lodged concerns with union representatives that they have not been contacted by NSW Health, despite having worked alongside a positive case.

“It has become clear in Sydney that numbers are staying stubbornly high because people are going to work while infectious, which fundamentally makes this an issue of workplace safety,” said United Workers Union national secretary Tim Kennedy.

Dr Chant said there was no doubt the growth of the outbreak had placed authorities under pressure, but insisted they continued to work closely with industry.

“It’s reasonable to acknowledge that with the increasing case numbers it has been challenging, so our systems have had to ramp up. And we’ve had to put in place some critical surge [capacity],” she said.

“We are working with them to make sure that they are also taking that action properly with their staff, because to some extent they can get to them quicker than we can.”

Contact tracers are employing new techniques, including messaging every contact saved in a person’s phone, to ensure the catch any potential points of transmission.

There are now 1000 people working on the NSW Health contact tracing effort, after 60 Australian Defence Force personnel joined the team to keep pace with the rapidly spreading Delta strain.

Dr Chant on Wednesday extended her condolences to the family of Mr Alaskar, who died at his Liverpool home where he was living with his wife on day 13 of his isolation period after contracting COVID-19.

Dr Chant said “sudden deaths” could occur with COVID-19 and stressed the critical importance for all people to get vaccinated as soon as possible.

But as more people heed the call to get vaccinated, frustrated pharmacists working to boost the vaccine roll-out say they are waiting up to two weeks for doses to arrive, with hundreds of NSW pharmacies who have signed up for the program yet to receive any jabs.

NSW Health officials this week said a 24-hour hotline for pharmacy re-supplies had been set up to assist with supply issues.

Stay across the most crucial developments related to the pandemic with the Coronavirus Update. Sign up to receive the weekly newsletter.