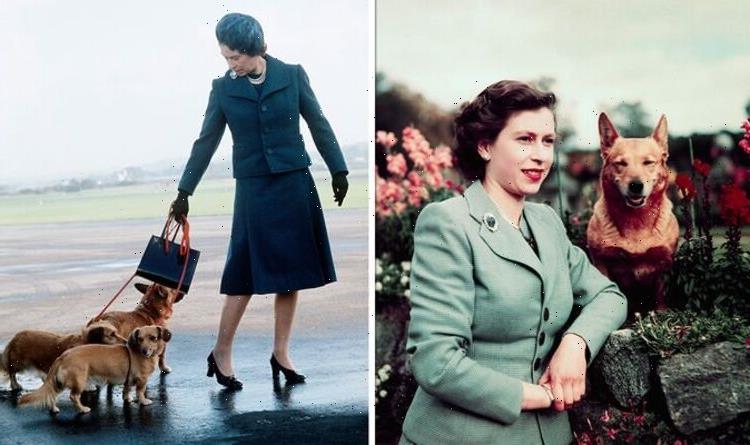 Her Majesty is known across the globe for being Britain’s longest-running monarch. To celebrate her Platinum Jubilee this year, Britons everywhere will be taking part in a range of different festivities, including competitions such as knitting a toy corgi. Since this competition launched, Google searches for the Queen have skyrocketed. Experts claim she may well be the world’s most influential woman.

The Women’s Institute (WI) has called on its members to knit toy corgis and hide them across the country in celebration of the Queen’s Platinum Jubilee.

Members must knit a toy corgi and then hide it wherever they want to surprise passers-by.

But there is a twist: one corgi will contain a secret sign giving the person who finds it the opportunity to attend the Big Jubilee Lunch in London on the day of the bank holiday pageant.

The lucky winner will be given two free tickets to the once in a lifetime event.

All WI members, from experienced knitters to beginners, can take part as long as they knit a corgi wearing a scarf.

The corgis will be called Winnie, playing on the WI’s name.

Since it is a hide-and-seek game, the project itself is named “Where’s Winnie?”.

To help competitors with their knitting, WI member Hannah Joyce designed a knitted corgi pattern, which was printed in the March issue of the membership magazine, WI life.

Since the competition was announced in the magazine, Google searches surrounding the topic hit the roof.

According to Crafty.net, an analysis of Google search data revealed that searches for “corgi knitting pattern” exploded 2,000 percent on March 2.

This was the same day the WI launched the competition, and it happened not only in Britain, but all over the world.

These findings show searches for the phrase increased to 20 times its average volume in one day – an unexpected affair.

A spokesperson for Crafty.net commented on the findings, saying: “The Queen may well be the world’s most influential woman, and it is delightful to see that her fondness for corgis has created such a worldwide interest in the craft of knitting, in honour of her Platinum Jubilee year.

“Knitting is such a versatile activity, from simple, fun knits for beginners to the more complicated patterns for experts, and the repetitive nature of the activity, coupled with the satisfaction of creating something beautiful, is an excellent way of promoting mental health.”

Members of the WI are encouraged to start knitting now, with corgis to be hidden from May 1.

The WI has chosen a corgi as its knitting pattern as the breed is the Queen’s favourite type of dog.

It is well-known Her Majesty has owned multiple corgis at Buckingham Palace over the course of her reign.

Now, she owns “dorgis”, a cross between a corgi and a Dachshund.

One is called Candy, who appears frequently during the Queen’s engagements at Windsor Castle.

The WI is an organisation close to the Queen, and she has been a member of it for almost 80 years.

She joined before acceding to the throne, in 1943.

Ann Jones, chair of the National Federation of Women’s Institutes (NFWI) said she hoped a knitted corgi would “brighten the day” of anyone who finds one.

She added: “To celebrate The Queen’s momentous anniversary of 70 years on the throne, we wanted to launch a fun and engaging community project that would share the WI’s love of knitting and craft.

“The WI has a history of mass knitting projects, having broken the world record for the most people knitting simultaneously in a single location at our 2012 Annual Meeting.”