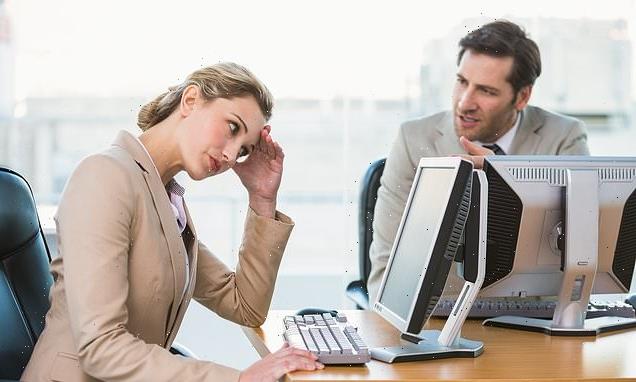 Women have shared the most toe-curling examples of mansplaining they’ve ever encountered in an amusing online thread.

British women vented their frustration on the parenting platform Mumsnet, reminiscing about the times when men have assumed they were clueless about a certain topic and provided an – often very patronising – explanation.

One woman who works as a psychiatry professor specialising in dementia told how one of her male students took it upon himself to explain to her how illness can affect a person’s memory.

Another exasperated female revealed a male friend had presumed she didn’t understand the off-side rule in football and explained it to her, when in fact she knew exactly how it works.

And a car enthusiast who wanted to buy a new motor was annoyed when the salesman kept addressing her husband whenever providing the answer to a question, resulting in her going to another garage. 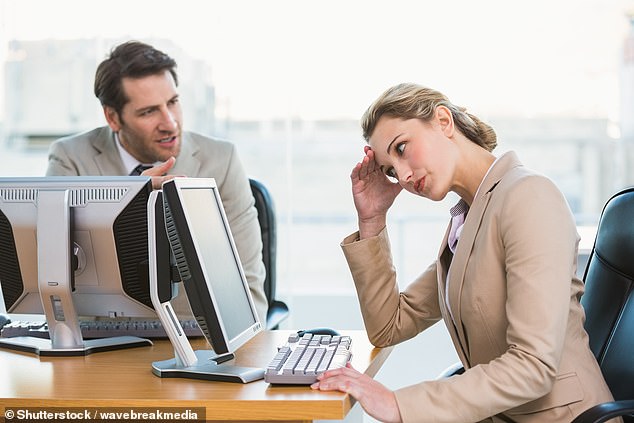 British women have shared the worst ever examples of mansplaining they have ever encountered. Pictured: stock picture

The thread began with a post reading: ‘Please to help me keep my sanity and give me some light relief can you tell me the best examples of mansplaining you have experienced? I have had a long day of this at work and it’s just exhausting.’

‘Just before I had son, father-in-law mansplained to me how to go about losing the baby weight and how to keep it off it as mother-in-law had “acquired a bit of a belly” after having their dear child,’ one revealed.

Another shared: ‘Male doctor explaining to me how I shouldn’t be in pain 24 hours after C-section because C-sections are not particularly painful.’

And one wrote: ‘My mum’s partner showed me how to put my own car seat in my own car – second child, I’d had the seat for seven years. I nearly punched him.’

Another recalled: ‘The age old trying to explain the off-side rule in football, and assuming I can’t understand it. I am a lawyer, I understand rules! This is not a complex rule. Anything with rules really, including Covid rules, is good for a mansplain.’

One woman told how her ‘dear partner’ recently went for his Covid jab and told her all about how they administer it ‘in the deltoid muscle’. She added: ‘I’m a bloody Covid vaccinator and have given thousands of immunisations over the years.’

Mansplaining was also common in the workplace, some women revealed.

Some women said men in their family mansplained things to them, while others said it occurred in the work place

‘Today’s gem from my manager – the difference between round and oval tablets. With sketches. My colleague and I were doing this job before he even began his pharmacy degree,’ one shared.

‘I work with a guy who “explained” to two women how you register the birth of a child. He had no children,’ another wrote. ‘The two women had five children between them and had personally registered the births of each one.’

Another shared a shocking tale, writing: ‘I’m an old-age psychiatrist, more specifically a dementia specialist. A student once said to me that I “had to bear in mind that dementia is an illness affecting memory”. He was the recipient of my famed death stare.’

And one explained: ‘Most recently, a guy in my team described in an email how he was going to do the task I assigned to him, with links to Wikipedia for some basic concepts that I had known since he was in nursery. I’ve got more than 15 years of experience over him.’

One psychiatry professor was irate when a student explained dementia to her. Other women shared their own examples of men explaining things they already knew

Some women also moaned that they’ve experienced men who only ever address the other male in the room.

‘I have a friend who is a Cambridge-educated engineer and pilot for a large commercial airline, who had the gas man explain to her that he could call her partner once he got home to explain what needed to be done with the boiler, rather than explain it to her. Unbelievable,’ one said.

Another recalled: ‘We went to a car yard, looking for a car for me. I’m not too stupid when it comes to cars – between the two of us, I’m the petrolhead. No matter what, the car salesman would address any remarks, answers to questions, to my husband.

‘I got so p***** off, I walked off over to the car yard opposite, where the salesman was more than happy to talk to me, even after he’d extricated himself from the other salesman, and bought a car from him.’