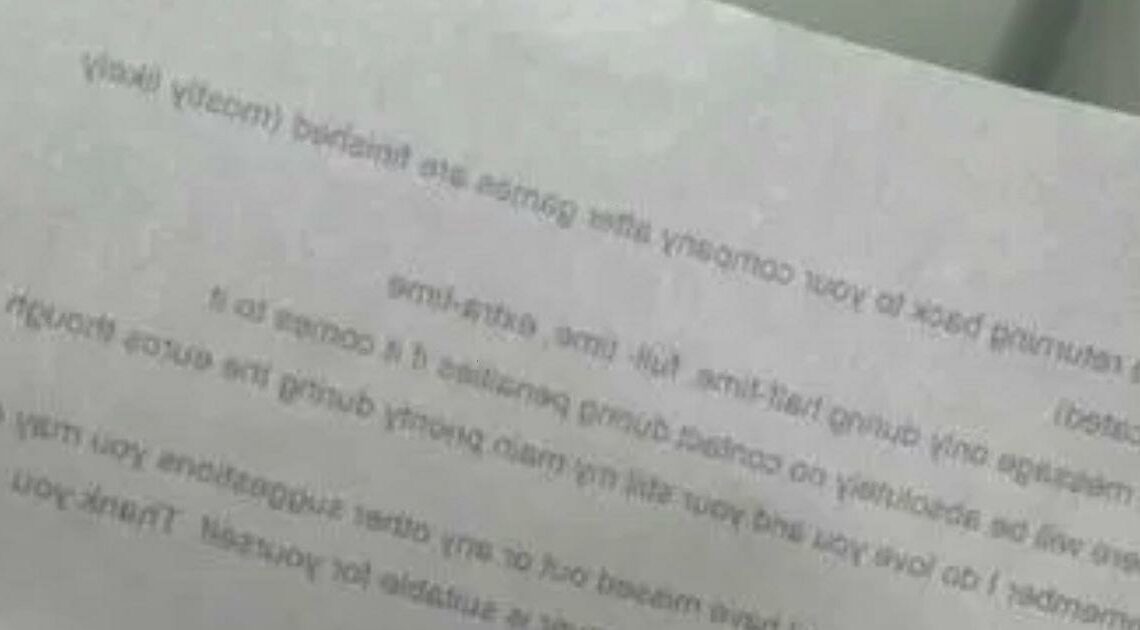 A bewildered woman has shown a "terms and conditions" letter her boyfriend sent her for how she should conduct herself during the 2020 UEFA European Championship.

In a TikTok video, user @georgiaholmes.x opens up the letter and jokes: "I can’t be the only one who has received a letter from their boyfriend ahead of the Euros starting this weekend."

Georgia then zooms in on the letter, which is written in a formal style as her boyfriend explains how he will be taking the football games very seriously.

It read: "I’m writing this email as terms and conditions for the European Championships which are due to take place from Friday 11th June 2021 to Sunday 11th July.

Georgia was told she not must text him at all during games, except in halftime, unless it is an emergency, and forbids her from asking "when are you coming home?".

He adds he will "most likely be intoxicated" when he comes home from watching matches at the pub and tells her not to take it personally if he is in a bad mood following a disappointing game.

"If you believe there is anything I have missed out, or any other suggestions, you may call or arrange a face-to-face appointment whenever is suitable for you," he wrote.

Keen to not offend her too much, he insists she is "still my priority" and loves her very much, before signing off.

In the caption, Georgia wrote: "I had to laugh, what on earth."

The video was watched more than 300,000 times since Georgia uploaded it on June 11 and many women said their own lads were being just as strict.

One person wrote: "Just shown my boyf and he’s said it applies to me too."

"I love this and I’m all for it," commented another.

Quoting the cheeky email, another amused person wrote: "No mobile device interaction unless I call you to tell you it's coming home."

Paulina Porizkova, 56, Shows Exactly What Celebrities Mean When They ‘Do Pilates’ In New Workout Video