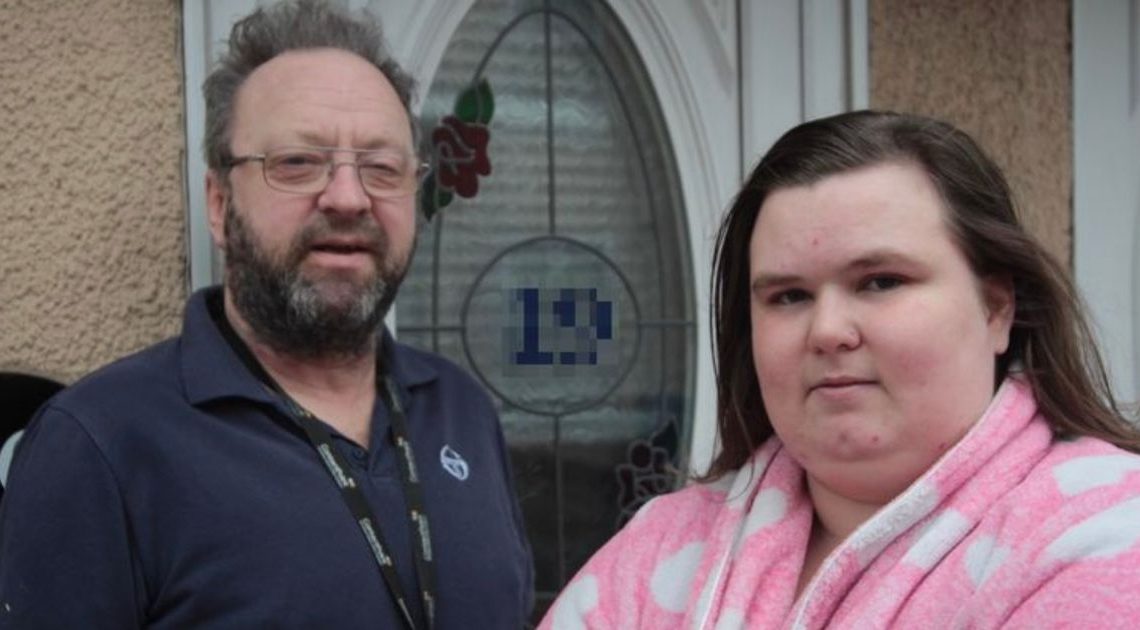 A woman “turned purple” and was left in excruciating pain after stepping on a cocktail stick in a freak accident.

Her foot was left swollen and she nearly passed out before realising the sharp wooden object had pierced her skin.

Dannii, who chose not to reveal her last name, had to be rushed to A&E on Wednesday night so doctors could remove the cocktail stick, Hull Live reports.

The 27-year-old, who was with her neighbour Keith Cutsforth at the time of the accident, said: “My brother is staying with us at the moment and I was taking a mattress downstairs.

“I didn’t know there was a cocktail stick on the floor and I stepped on it and it went through my foot. I didn’t know about it and I was crying for ages.

“It was making me turn purple and my foot was turning purple. I nearly passed out but luckily Keith was there at the time.”

Dannii rang 111 to get advice on what to do, with a call handler urging her to get herself to Hull Royal Infirmary.

She booked a taxi through Ride Private Hire around midnight and was seen quickly by staff at the hospital.

Dannii, who lives in east Hull, said: “It didn’t go all the way but it went a long way and the end snapped right off. There was a bit of blood and the people at the hospital squeezed it to get it out.

Dannii has had to have her foot bandaged up to prevent it from getting infected and she is still in some discomfort following the freak accident.

She has also had a few words with her husband who she believes dropped the cocktail stick on the floor.

“It was my husband,” Dannii said. “He likes to play with them and I think he dropped it on the floor without knowing.

“It was like having a piece of glass stuck in my foot. I was trying to get it out with scissors and the neighbour next door tried to administer first aid but it was no good and I had to get to hospital.”

After her scare, Dannii has thanked Mr Cutsforth, other neighbours, and the taxi driver who made her journey as comfortable as possible en route to Hull Royal Infirmary.

She said: “I’m so grateful for everybody who helped, especially the driver. Keith called and the taxi was here within 10 minutes and he helped to make me feel comfortable.

“I’m now constantly checking the floor to make sure I don’t step on anything and I would urge others to just make sure there are no stray cocktail sticks on the floor.

“Please just check because I’m more worried about kids doing the same as me and stepping in sharp objects on the floor.”

New Tottenham Hotspur Stadium 'will NOT be totally finished this season'