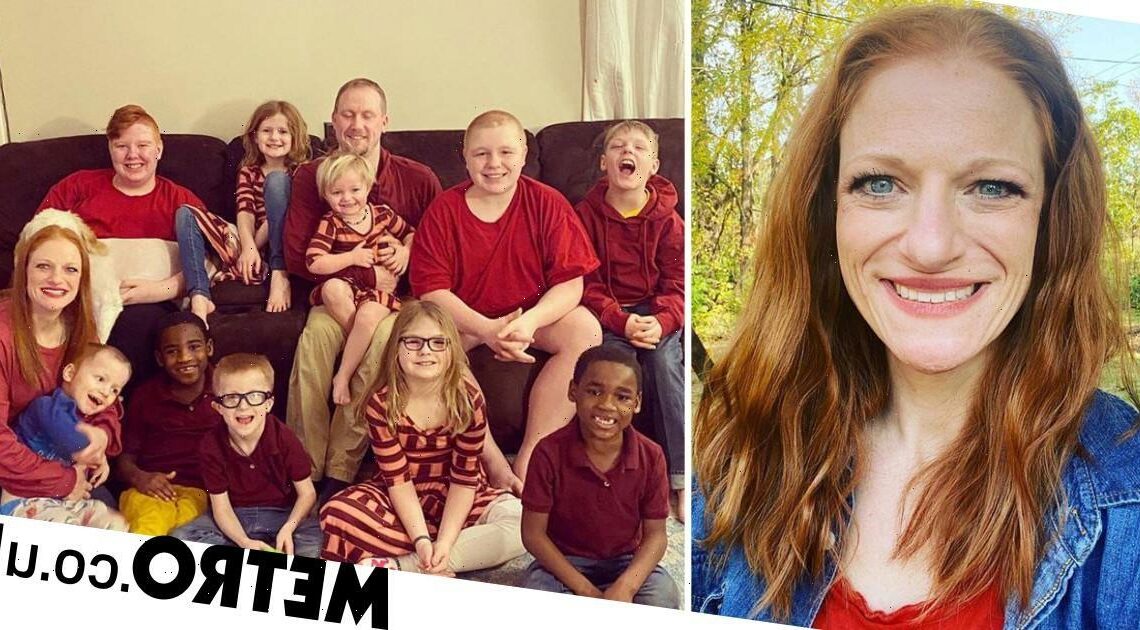 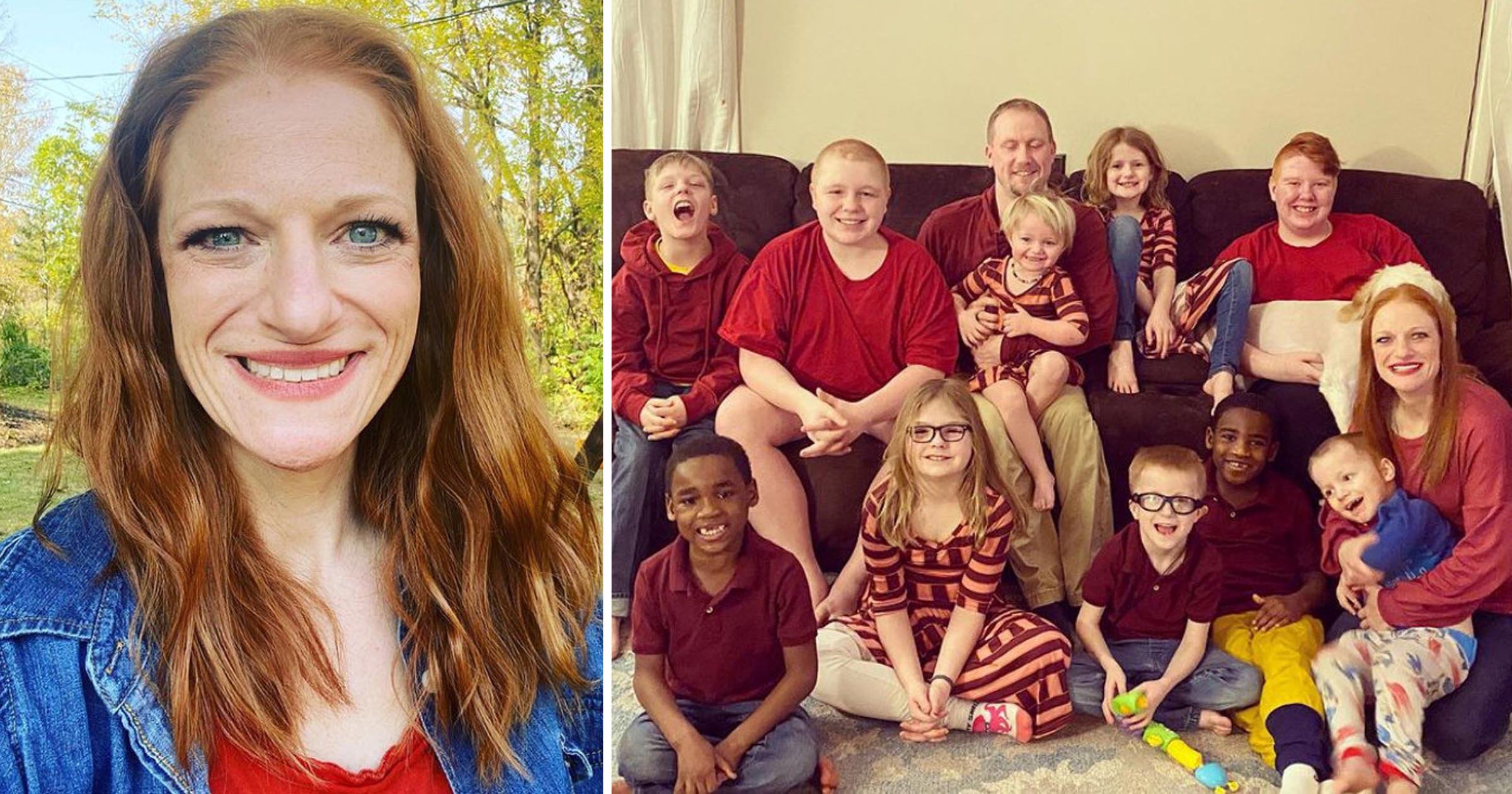 New York couple Alicia Dougherty, 40, and Joshua, 42, tried for a baby for nine years, but experienced 11 miscarriages due to Alicia’s stage four endometriosis.

Alicia was devastated to be told she wouldn’t be able to have a baby – but went on to surprise everyone by giving birth to four babies and adopting six more children.

Alicia flew to South Dakota to pick up four-year-old Alex and bring him home.

Alicia said: ‘It was crazy, we left New York without any kids and came home with a son.

‘It was so amazing to finally have our child in the house.

‘He ran into the room and he was so excited and shouted “mum and dad” – he was so happy to have us.

‘It felt so good to have him with us, but it was a real learning curve. Not having kids before at this point we didn’t know where to start.’

Just six days after Alex moved in with his parents, Alicia found out she was pregnant.

‘Joshua and I were in shock for hours, we were pinching ourselves but it was so incredible,’ she said.

Stunned, she carried to full term and gave birth to Zoey, who is now nine, in 2012.

Still broody for a bigger family, the couple then adopted James, now 14, a year later.

Content with their family, they thought their chances of conceiving naturally were minimal – but then Alicia fell pregnant again and gave birth to now seven-year-old Dash.

Without knowing, the progesterone the mum had been taking ended up boosting her fertility.

A year later in 2015, the big family grew by two as twins Jordan and Jason joined their clan – initially as fosters.

Being the same age as Dash, Alicia said she raised the three like triplets.

‘Five days turned into seven and then after three years we officially adopted them,’ she said.

‘Once they came to stay we just couldn’t let them go.

‘They warmed my heart and there was something about them being the same age as Dash too, which made it seem right.’

Now fertile, the once impossible thing for Alicia was happening like clockwork – she fell pregnant again and gave birth to Bodhi, who is now two.

Used to her ‘crazy house’ and massive family, she then adopted Patrick, 12, and Bree, 10, and gave birth again to Harle, 2.

Talking about her home of 10 children, the mum says she spends her time ‘cooking for an army’ and has a 15-seater people carrier.

Alicia said: ‘I live in a crazy chaotic house, but I’m so used to it now and I wouldn’t have it any other way.

‘After years of thinking that I would never have a baby, I love opening my heart to as many kids as I can.

‘I’m sure we will adopt more – even though we are already a family of 12.’

Speaking on her period of infertility, she said: ‘It was such a difficult time for us both.

‘After getting married all I wanted to do was start a family and fulfil a dream I always had.

‘I started to get into a real dark hole. It was a really isolating type of grief and something that a lot of people don’t understand unless they experience it themselves.’

After discovering there are over 100,000 children in foster care, this fuelled her desire to adopt.

Alicia said: ‘It seemed like the perfect thing to do, to adopt a child who needed a home and it would give us the family we had always dreamed of.’

Now, the mother has decided to dedicate her life to adopting children.

‘I get up a 5am every day to get their lunches sorted and just to prepare myself for a wild day.

‘I cook for an army, I forgot what it’s like to cook a normal portion.

‘We have stacks of boxes of pizza on a Friday night, a huge dish of pasta on a Monday, and tacos on a Tuesday – I’ve got the dinner routine down.

‘To think I spent nine years believing I’d never have a child and now I have 10 – it’s incredible and I definitely want more.’