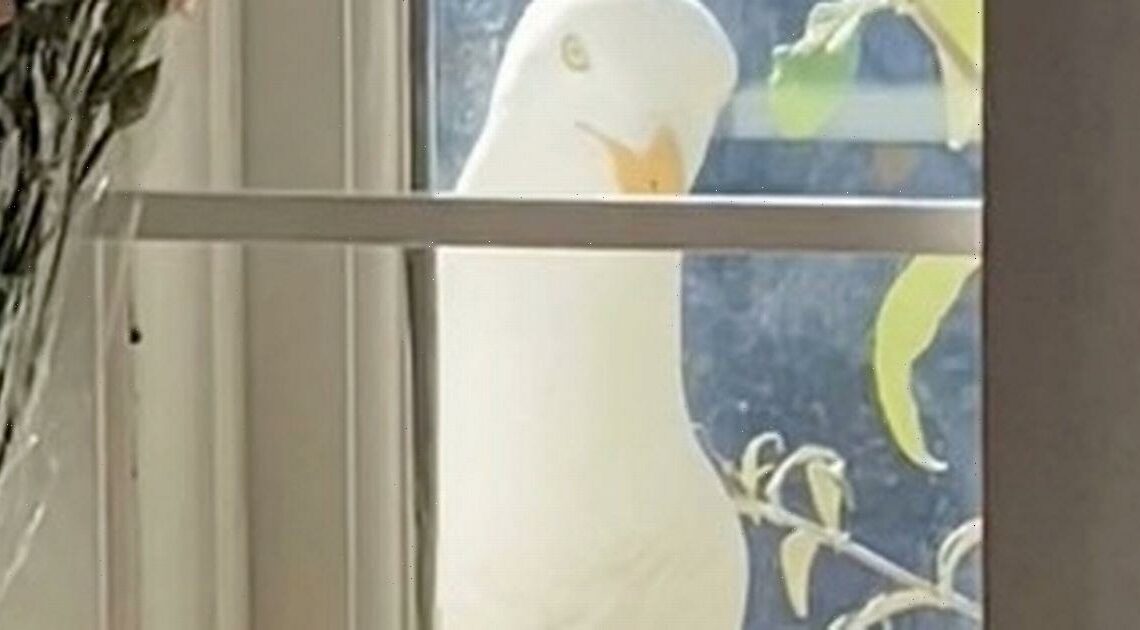 A woman has shared her ordeal after being ‘stalked’ by a ‘menace’ seagull that hovers by her window at the same time every single day.

Sophia, 19, is studying and living in a student flat but did not realise the residency comes with an extra roommate.

Living at university with fellow students can be like playing a game of lucky dip.

READ NEXT: Greedy seagull swipes 18 bags of crisps and flapjack from Heron Foods store in heist

And, it appears Sophia pulled the short straw.

Every day at 5pm, the teen gets a knock, or should we say peck, at her window from a pesky seagull.

The breed of bird is known for its daring behaviour after recently a ‘psycho’ seagull 'picked' on man and held him hostage in his own home.

Despite Sophia not being in a hostage situation just yet, this seagull surely is relentless.

The student, and the bird of the sea, have now gone viral on TikTok as Sophia documented her ordeal.

In a series of clips that have collectively racked up millions of views, Sophia bravely explained: “To whoever lived in our flat last year and fed this seagull every day. I hate you.”

The student filmed the seagull staring her down as it claimed territory on her bedroom window ledge. Sophia dubbed it a “menace.”

At this point, Sophia had not given in.

“He comes every day at 5pm… he wont stop…why did you do this," she pleaded.

Although Sophia had remained strong, only a day ago (July 14) the temptation to feed the seagull got too much.

In a separate clip, the student admitted to feeding the seagull – but in a plot twist it seems that food was not what the bird had its beady eyes on.

Having now named the seagull ‘Gregg’, Sophia explained: “Tried food and he doesn't want it. I think Gregg just wants the flowers so he can build a nest?”

Gregg nibbled on a leaf only to quickly depart straight after, which made Sophia think that he is only after the plants.

But, maybe Gregg isn’t one for foliage after all.

The gull came back and perched strong on the outside of the bathroom windowsill.

Sophia noted: “He’s kinda just a weirdo who likes to watch us poop and shower.

“Sometimes he even likes to watch us sleep…it’s kinda sweet.”

Despite the consistent harassment, it seems like many on TikTok are rooting for Gregg and his supremacy.

One person pleaded: “You have been given a great responsibility do not let him down.”

Another user added: “Feed him then.”

While a third noted: “You should be grateful.”

Someone else encouraged: “Carry the legacy on girly.”