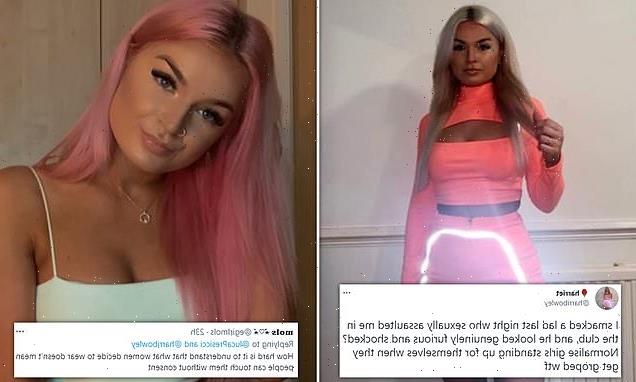 Woman, 21, who ‘smacked’ a male stranger when he ‘groped’ her at a nightclub says he looked ‘genuinely furious and shocked’ as she urges others to ‘normalise girls standing up for themselves’

A woman who revealed she ‘smacked’ a male stranger who groped her at a nightclub has sparked a debate after urging others to ‘normalise girls standing up for themselves.’

Harriet, 21, from Sheffield, South Yorkshire, took to Twitter and explained: ‘I smacked a lad last night who sexually assaulted me in the club, and he looked genuinely furious and shocked? Normalise girls standing up for themselves when they get groped wtf.’

She continued: ‘So it’s absolutely fine for you, as a stranger, to touch me up without consent but not ok for me to touch you in self defence. Okkkk…

‘Also the best part about this is I was literally wearing a massive jumper round my waist so wasn’t wearing anything ‘revealing’ at all. Before any idiots start to try justify groping strangers in clubs.’

It wasn’t long before the post received over 24,000 likes and 1,500 retweets, but while many were shocked by her horrifying ordeal and branded her ‘superwoman’, others suggested violence wasn’t the answer. 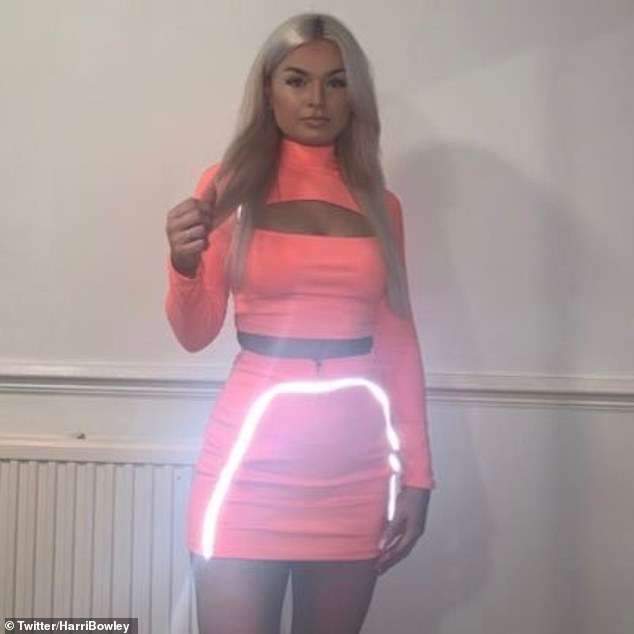 Harriet (pictured), 21, from Sheffield, South Yorkshire, has sparked a debate online after revealing how she ‘smacked’ a male stranger who groped her in a night club 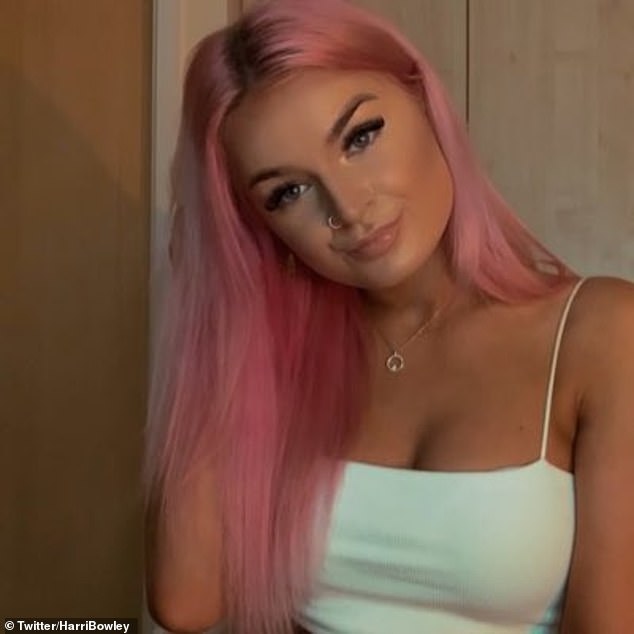 ‘Doesn’t matter if she looks great, is or is not in a revealing outfit; you don’t touch someone without their permission. It is a *REALLY* simple concept. You have to be incredibly dense not to get it,’ commented one.

A second penned: ‘How hard is it to understand that what women decide to wear doesn’t mean people can touch them without consent.’

Elsewhere, others proved that Harriet was not alone and shared their own experiences of being touched inappropriately while on a night out.

‘I dislocated a guy’s thumb because he kept touching my legs every time I walked past and just wouldn’t stop…. he stopped after that though,’ wrote one. 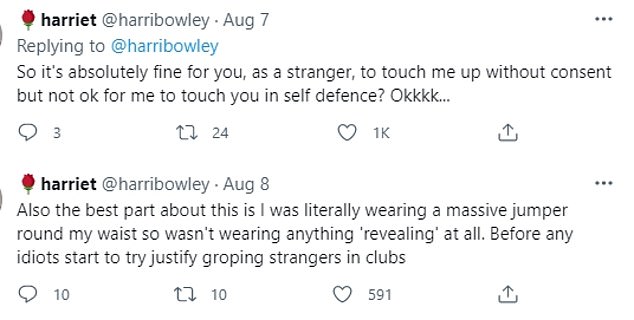 In a second post, Harriett continued: ‘So it’s absolutely fine for you, as a stranger, to touch me up without consent but not ok for me to touch you in self defence. Okkkk…’

A second recalled: ‘Guy grabbed my bum once, I turned round and yelled at him and he started squaring up to me, I was like wtf is your problem you assaulted me and now you wanna beat me up for calling you on it?!’ while a third added:

‘A very similar thing happened to me last weekend. I walked past the bar and someone slapped my a**ese, one of the bar ladies saw it and told the bouncer and they kicked him out and he put up a huge fight. I just don’t understand what they get out of it!???’

Meanwhile, a fourth penned: ‘Can’t believe how guys still find it acceptable. Went to a club with my pals at the weekend, had about 8 girls out with us all with fellas and this one bloke thought it was okay to try grab each one of them. Needless to say he was dispatched.’

Another told how she ‘headbutted a guy in a chip shop’ when he tried to undo her dress.

She continued: ‘Stunned silence all round and he still had the audacity to ask ‘what was that for? WHAT DO U THINK??????’

However, in response to Harriet’s initial post, one man responded: ‘Orrrr normalise contacting the police after a sexual assault instead.’

Another argued: ‘If you maybe get dressed a little more. Instead of walking around all naked.’

Jumping to defend Harriet, one frustrated person wrote: ”They won’t do much, it’s hard to charge someone on a singular offence especially if there’s no witnesses. normalise women giving it back twice as hard, then they won’t do it again.’

Another justified: ‘I highly doubt she was naked, and even if she was it wouldn’t be an excuse. If men aren’t able to control themselves and keep their hands off women without consent then they have no place being anywhere near society.’