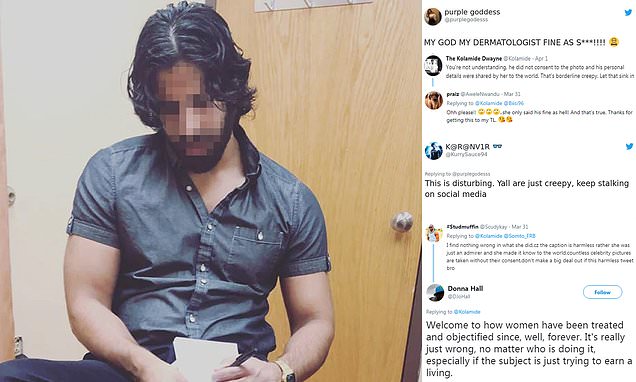 Woman shares picture of her ‘fine’ dermatologist and is blasted online

A woman who shared a picture of her ‘fine’ dermatologist got herself in hot water when the tweet went viral.

A hairdresser from Clinton, Maryland and known as Purple Godesss on Twitter, made waves when she shared a picture of her dermatologist on Twitter on 1st April.

Purple Godesss uploaded a picture of the practitioner but in the shot, the man doesn’t seem to be aware he’s being photographed, which led many to believe that the picture had been taken and shared online without his consent.

The now-deleted thread was seen more than 1.6 million times and gathered more than 900,000 interactions, according to Twitter.

Some viewers took issue with the post, while one even said: ‘This is sexual harassment.’ 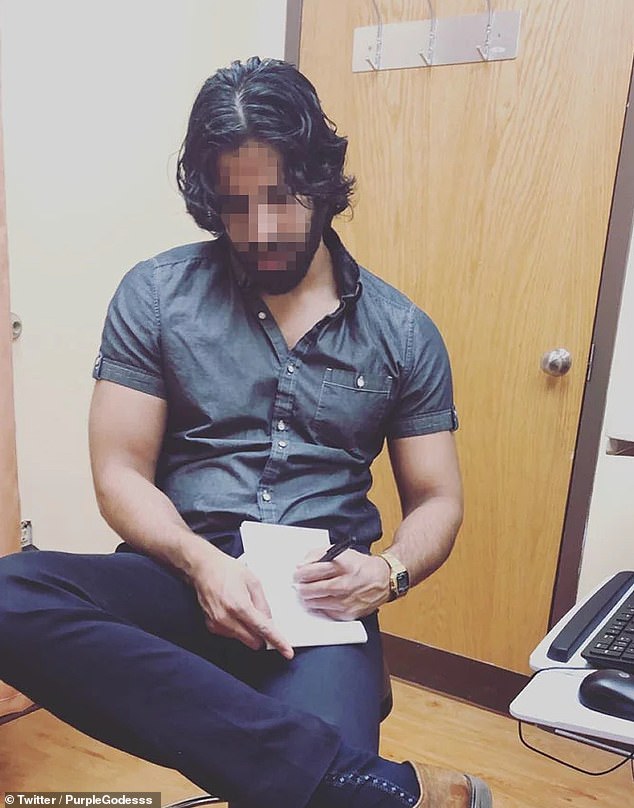 A photo of an unnamed dermatologist was shared by one of his client, who goes by the username Purple Godesss on Twitter. The picture, taken without him knowing, fired up a debate on sexual harassment online

Twitter user PurpleGoddess, from Maryland, shared the picture and encouraged people to dig up the dermatologist’s social media accounts

Some users said there was nothing wrong with sharing the picture online, as the woman was paying the man a compliment, but others felt very strongly that it was a form of sexual harassment

But, despite the uproar PurpleGodesss doubled-down and after encouraging people to dig up his social media accounts, she shared a picture of his business card, revealing the location of his practice.

She shared a picture of the card, writing: ‘For everyone that’s asking me for his location! You’re welcome.’

The now-deleted thread provoked a debate online, where Twitter users discussed whether the action of sharing the picture indeed qualified as sexual harassment or not.

While some users pointed out how ‘creepy’ the post and subsequent tweets were, linking it to sexual harassment, others said she was just paying the man a compliment. 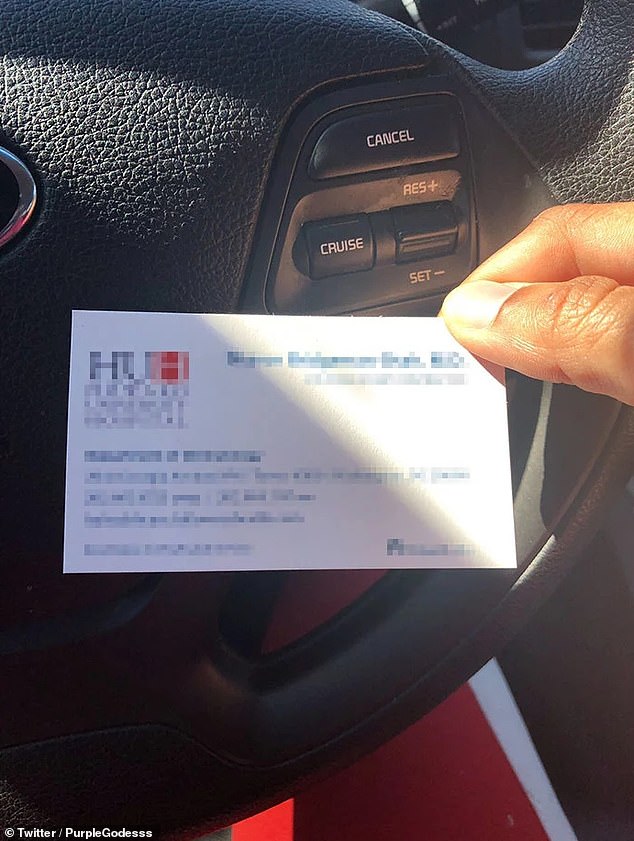 After the original tweet went viral, PurpleGodesss shared a picture of the dermatologist card, therefor unveiling his practice’s location

‘This man was only doing his job and had his photo taken without his consent only to be sexualised by the owner of this account along side other women in the replies,’ one commented.

‘The toxic trait you’ll openly display is beyond bigotry and purely distasteful and disturbing to say the least,’ the same user added.

‘This is disturbing,’ commented another. 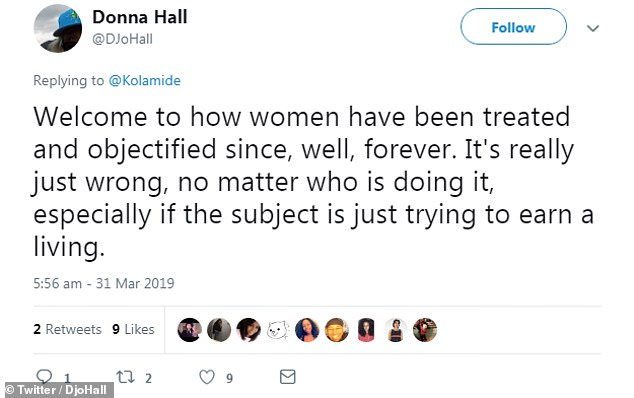 Some said taking the picture and uploading it to Twitter was ‘wrong no matter who is doing it,’ while other said the tweet was not threatening

However, some other users felt differently, pointing out the tweet was innocent.

‘Oh please, she only said his fine as hell! And that’s true. Thanks for getting this to my TL,’ argued a commentator who did not see the problem with PurpleGodesss’ thread.

‘Welcome to the way women have been treated and objectified since, well, forever, ‘ another wrote, ‘It’s really just wrong, no matter who’s doing it, especially if the subject is just trying to earn a living.’

‘I find nothing wrong with what she did, the caption is harmless rather she was just an admirer and she made it known to the world. Countless celebrity pictures are taken without their consent, don’t make a big deal out of this harmeless tweet,’ agreed another.

Even the original poster herself hit back at critics, telling them to ‘shut the f*** up.’