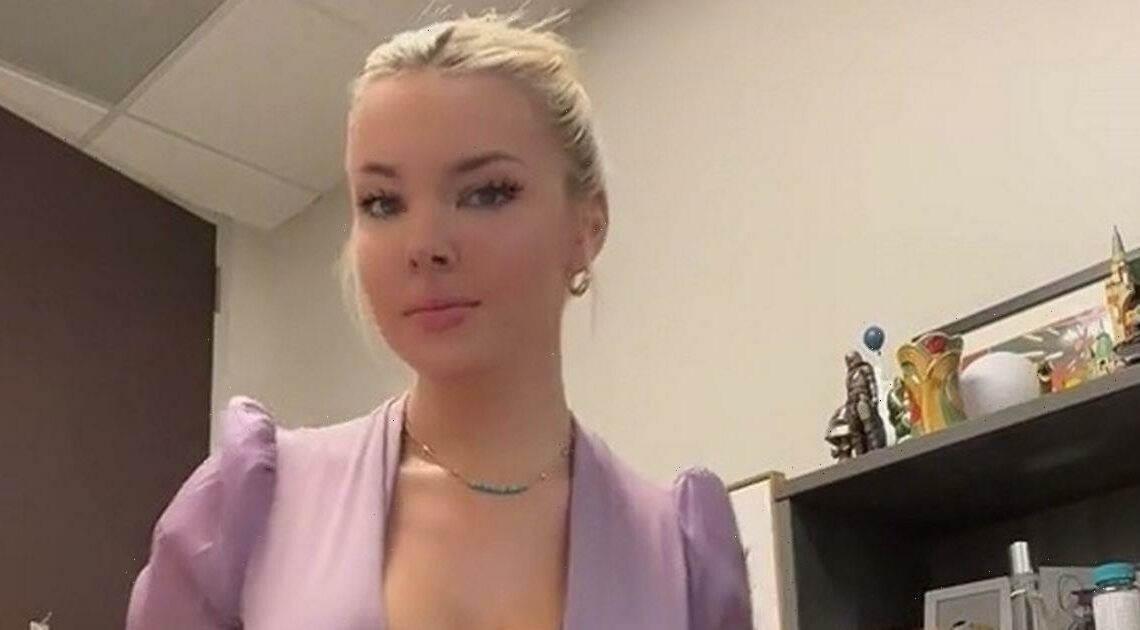 A woman who claimed she was sent home from work for wearing a 'distracting outfit' has now started making videos claiming she's been having sex with a co-worker.

TikTok user @NotMarieDee went viral earlier this week when she asked her followers if they think she should quit her job because she was asked to go home as her outfit was too "distracting."

But now, the blonde beauty has been making more videos with a male colleague that she claims she has been sleeping with.

In the first video, she wrote: "Corporate has received reports that managers are sleeping with employees" as she lipsynced to a sound that said: "As soon as we find out who you are, you will be dealt with."

She then made a follow-up video where she made a comment about "disciplining a new hire" and lipsynced to a sound saying: "If you wanna have sex again, you're gonna have to ask."

Both clips gained thousands of likes and comments from people wanting to know what was going on in her workplace.

Replying to one user's comments, in a video that has gained more than 6,700 likes, she said: "Hey you guys. My company asked me to make this video, so sorry if I seem a little bit uncomfortable.

"This is really weird for me to have to make a video like this. They wanted me to clarify and just set the record straight for the videos I've been making recently about me sleeping with my employee.

"I do wanna say that that's not entirely true. We weren't just sleeping together. We're also having sex."

Viewers were stunned by her comments as they flocked to the comments to give their opinions.

One user quipped: "Any positions available under you?"

Another added: "Take this down."

"And is it anyone's business? Noooooo," a third commented.

A fourth wrote: "Well, that should satisfy them."

One user took to the comments claiming the man in her videos is actually her husband however, the creator has not confirmed this herself.

However, she has briefly mentioned being a mum-of-two in the caption of a video where she was showing off her sexy nurse costume for Halloween.