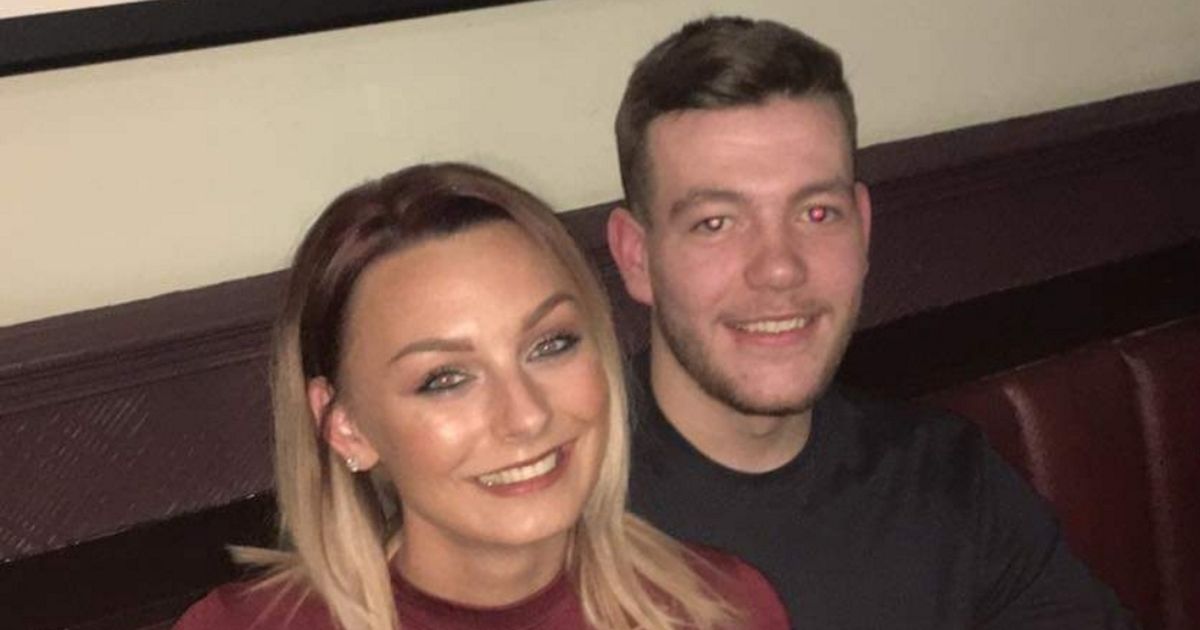 A woman controlled by her finance recorded his nightly psychological torment as evidence to her family in case she died at his hands.

Stacey Booth, 24, suffered a horrific campaign abuse from Alexander Heavens, also 24, who she had been with for seven years.

Booth is now speaking out about her ordeal after Heavens pleaded guilty to engaging in controlling and coercive behaviour in an intimate relationship.

Convinced she would die from his relentless abuse, Stacey, of Blackley in Greater Manchester, made secret recordings of his behaviour for her family to find in the event of her death.

Manchester Crown court heard Heavens on one occasion "punched her twice to the face".

Prosecutor Rob Smith added: "During arguments, he began bending her fingers back so far that she thought they were going to break."

"On one occasion she was going to sleep when he asked her a question about something on her phone, and when he didn’t get a reply he punched her in the face. She remembers being pushed to the kitchen floor, stood on and trampled on.

"When she was asleep he would grab her finger and use it to unlock her phone as it had her fingerprint ID code."

Exhausted Stacey says she felt numb and ‘ran on nothing’, dramatically losing weight and waiting for birdsong at the end of each night to let her know she could escape to go to work.

She says she became so convinced she would end up dead that she started making secret recordings of Heavens’ nightly activity and sending them to herself to let her family know what had happened.

Heavens will face sentencing next May.

Now bravely speaking out about her ordeal, Stacey hopes that her terrifying story will inspire others to get out of abusive and controlling relationships.

Stacey said: "You think it’s going to be your happy ever after story. You get engaged and think you’re going to get married but then reality set in and it just got worse and worse and worse.

"I feel like having that ring and being engaged gave him more control over me.

"I had a voice at the beginning. But the more he did to me the more my voice just went away.

"I used to record him towards the end because I felt like no one would believe me.

"That’s what helped me get him into the courtroom. I used to put my phone face down and as he drifted off to sleep I’d put my camera on because I knew he’d start.

"The last year, I felt like someone I worked with would [end up] working on my body. It just felt like a matter of time.

"Nobody would know my story and I would have no voice. I think that’s why I started to record things.

"I felt like one day I wouldn’t be here to tell anyone what had happened to me.

"It was really like coming into the workplace that I work in and seeing other people lose people which kept me going because I always felt like there was someone worse off than me.

"I was just grinning and bearing it and trying to get on with it. It was hard.

"I was absolutely terrified. I was numb. At work nothing would affect me because I constantly felt numb throughout it all.

"I felt like it wasn’t real. I was so tired, so exhausted and I was just getting through each day – although I don’t know how. I was running on nothing. I wasn’t eating.

"[Making those recordings] was like a survival instinct. I thought if one day they go on my laptop, they will see what he did to me.

"I was hiding evidence on my laptop in case anything ever came of it and I wasn’t here to tell the story.

"I kind of came to terms with it because I just knew it was a matter of time. I never saw an escape or thought I’d be able to get through it.

"I never saw any positive from it, I just thought ‘this is my life now’ for the rest of my life, however long it lasts.

"I would just have to get up, get on and deal with it because I was not sleeping, eating. Everything was so restricted."

It was her first relationship and although she says she saw signs of abusive behaviour from the startshe made exceptions for him because she was ‘young and in love’.

However, after the pair got engaged on Stacey’s 21st birthday in 2015, she claims Heavens behaviour changed.

The court heard the couple’s relationship soured in Christmas 2016 after he suffered bouts of paranoia due to his cocaine use.

Stacey claims she would often visit her mum for a cup of tea after she finished work, and Heavens became jealous and paranoid about where she was.

She says Heavens kept picking arguments with her about it until he allegedly bit her and bruised her upper arm with his teeth.

Stacey says she tried to defend herself against his punches and hair pulling but eventually became frightened and apologised for her actions until she convinced herself she deserved the abuse.

Too terrified to even tell her family, she made excuses to avoid showing them her scars and bruises – including keeping her coat on as she ate Christmas dinner with her mum.

Stacey said: "For months after I left him I used to cry every time I heard the birds tweeting because it would remind me of that sense that I’ve got through another night.

"He used to put me through absolute hell.

"It was never really spoken about [between us]. I tried to forget it because I knew the next night would be worse.

"If I pulled it up on what he’d done it would have made my night worse the night after it.

"One night he was asking me five questions on his hand: have I ever been disloyal to him, have I ever done this or that.

"I answered all of them perfectly and because it was his mind that was so out of control he started to go back over the five questions.

"He got to the third, and the next thing I remember was him hitting me right in the face. My ears were ringing and I just remember going funny.

"I saw my work logo and I remember looking at it and then myself in the mirror and thinking ‘who are you’.

"I kept saying ‘who are you, what’s happened, why am I here’ to him.

"I ended up curling into a ball and lay at the bottom of the bed.

Brave Stacey found the strength to flee her home shortly before her 23rd birthday in October 2017.

She packed a bag and moved into her mum’s house while Heavens was at work.

But despite not being with him for more than a year, Stacey claims she still feels that he has some control over her mind – although she is slowly learning to find happiness again.

Stacey said: "In the end I moved up to my mum’s when he went to work. I got all my stuff together.

"He was still living in my house for two days afterwards. After three days passed my mum looked at me and said, ‘what has he done to you’.

"She said I just looked at a wall for two days straight and didn’t make any comment of why I’d come.

"He would say he was coming to the door and was texting and ringing me.

"He was counting down on text message like 5, 4, 3, and if you don’t answer then I’m coming through the house.

"I had to tell everyone because he was going to do something to me or my family. We just got the police involved from there on.

"Obviously my family have supported me, and I’ve stayed with my mum ever since.

"You can’t live a normal life even though I’m out of it. I would be scared to leave the house just in case.

"I was rated as the highest priority with the police because of what he was doing to me in my relationship.

"In over a year while I’ve not been with him I’ve gained three stone and I’m a lot happier.

"That was just living in a box room at my mum’s house with nothing. I took nothing with me. I’ve never been back to the room where it happened.

"He was that controlling that, even a year and more on, he still has control over me. He still crosses my mind every time I make a decision. Still.

"That’s how much he’s affected me. He was just so controlling over everything. A simple yes or no would be overridden by him.

"Even my mum said to me not so long ago that I’m finally starting to say yes when I mean yes and no when I mean no.

"The last year I’ve realised how much he’s pulled my family apart. I just look at my mum and think she’s aged five years in one year knowing what’s happened to me.

"Now I sit and think to myself how could somebody do that to somebody? I didn’t deserve to be treated like that.

"I am definitely feeling positive about the future now. Now the dust has settled and there’s an outcome, I want to help others.

"I want to start my own safe place just to say to other people there is an escape because you literally cannot see an escape when you’re going through it."